Here’s something good to brighten your day/night. Bethesda, publisher of such games like Fallout, The Elder Scrolls, DOOM, and many more, made cancer-stricken boy’s wish come true, as the company gave him a chance to play Fallout 76 before release.

Wes, a 12-year old boy from Virginia, USA,  who was diagnosed with neuroblastoma at the age of five. was told earlier this month that doctors recommended that treatment be stopped due to the progression of the disease. Once this news was delivered, Wes realized that without treatment, he was almost certainly not going to be able to play Fallout 76, a game he pre-ordered back when it was announced in June.

When Bethesda heard the Wes’ dire situation, they sprung into action. On a Facebook page devoted to Wes’ battle with cancer, his parents posted a message mentioning how Bethesda’s Martino Cartier drove four hours from Maryland to hand deliver a surprise package of Fallout 76 goodies.

Days after Wes had been told that Sloan wanted to stop treatment, he cried to us that he just realized that he probably would never get to play the Power Armor Edition of the new Fallout 76 game he had preordered as soon as it was announced back in June which isn’t set to be released until this November. He brought it up multiple times in the following days.
Thanks to Martino Cartier, Wes didn’t have to wait. Bethesda’s (the company that makes the game) very own Matt Grandstaff drove 4 hours from Maryland to our home to hand deliver this surprise. He spent the day at our house watching Wes play, making him the first person in the world outside of the video game industry employees to play. He also received the first prototype of the power armor helmet that will be included in the new release, only his was signed by Todd Howard of Bethesda himself. While he doesn’t get to keep the game because it’s too early, just those hours of playtime made him happier than you know HUGE thank you to Martino and the team at Bethesda for jumping through hoops to make this happen for him

❤️It means the world to us and him.

There’s also a bunch of screenshots of the event, showcasing Wes wearing a power helmet, and enjoying the day with his family. 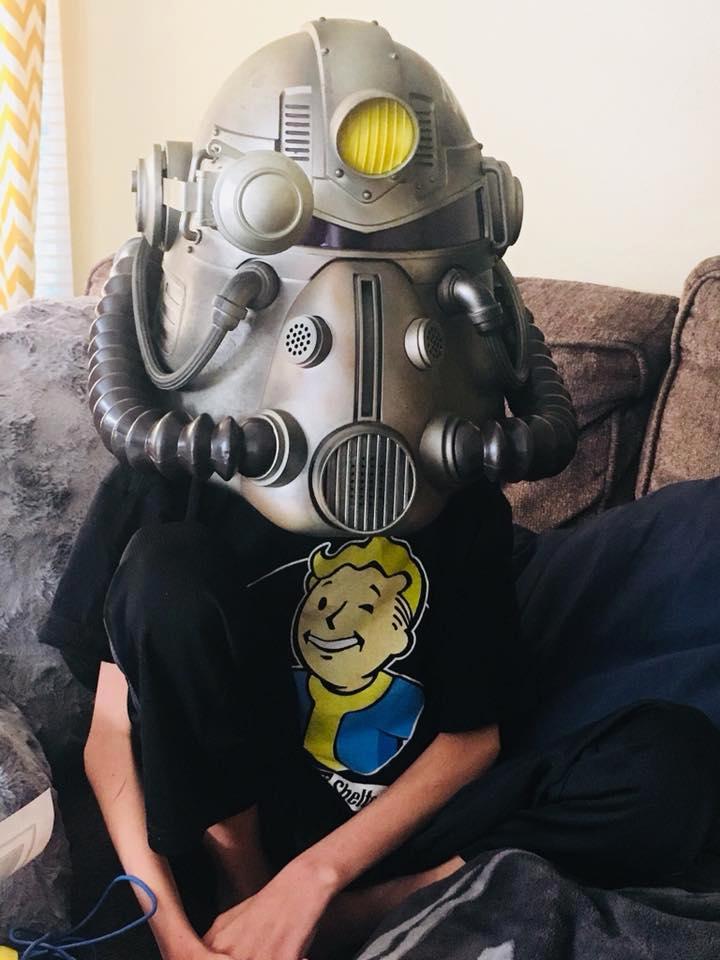 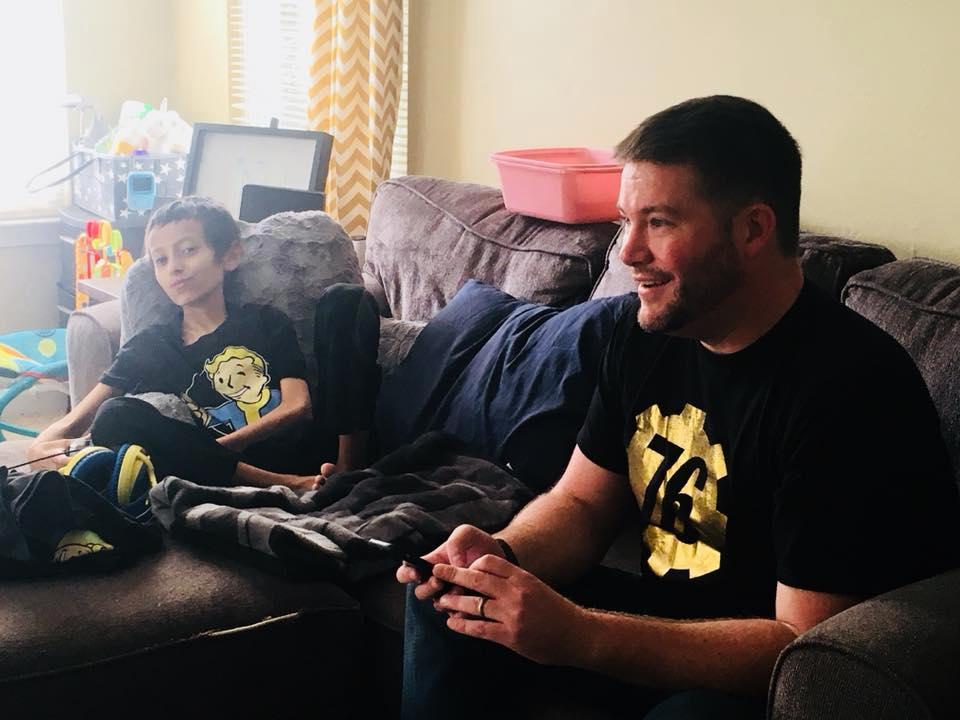 This one touching story, and goes to show how video games can impact someone’s life for the better. If you want to donate to Wes’ medical expenses and other stuff, you can do so via his GoFundMe page.

Fallout 76 is set for release this November 14 on the PS, Xbox One, and PC.