The start of this year for Mortal Kombat fans has certainly been a big one, as the new year brought with it a very interesting character reveal, Kung Lao, and the first details of Mortal Kombat X’s online portion.

However, it appears that the folks over at NetherRealm Studios aren’t exactly done touting the recently revealed kombatant, as Ed Boon, co-creator of the Mortal Kombat franchise, has been teasing fans to be on the look out for a new hi-resolution image of the fighter.

You can check it out now, showcasing Kung Lao taking on Scorpion in a new stage: 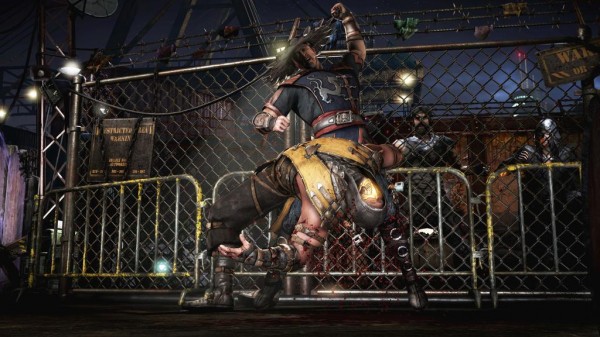 That’s not all. Fans can also expect a video to be released very soon that will do more than just reveal the first in-game footage of Kung Lao, according to Boon, but may have a lot to do with “hell”, a word Boon has been dropping often in his recent tweets.

Furthermore, it appears that the recently released first issue of the comic book tie-in for Mortal Kombat X may have revealed a new character to the franchise, Takeda, the son of the blind swordsman, Kenshi. Apparently, Hanzo Hasashi, or better known to MK fans as Scorpion, has taken Takeda under his wing for training in the comics who seems to play a big role in the comic storyline in general so far.

Additionally, for those interested in Mortal Kombat’s lore, or just simply want to know what happens between Mortal Kombat 9 and Mortal Kombat X, I highly suggest you pick up the recently released Mortal Kombat X comics which will serve as a tie-in for the game and also tease what appears to be a major plot line to the game itself, the ‘Nether Realm Wars.’

If you do happen to pick up a copy, it should be noted that characters old and new alike featured in it won’t exactly mean that they will appear in the actual game, according to the comic’s lead writer, Shawn Kittelsen speaking to The Kombat Tether.

Mortal Kombat X is set for a April 14 release date on the PC, PlayStation 3, PlayStation 4, Xbox 360 and Xbox One.