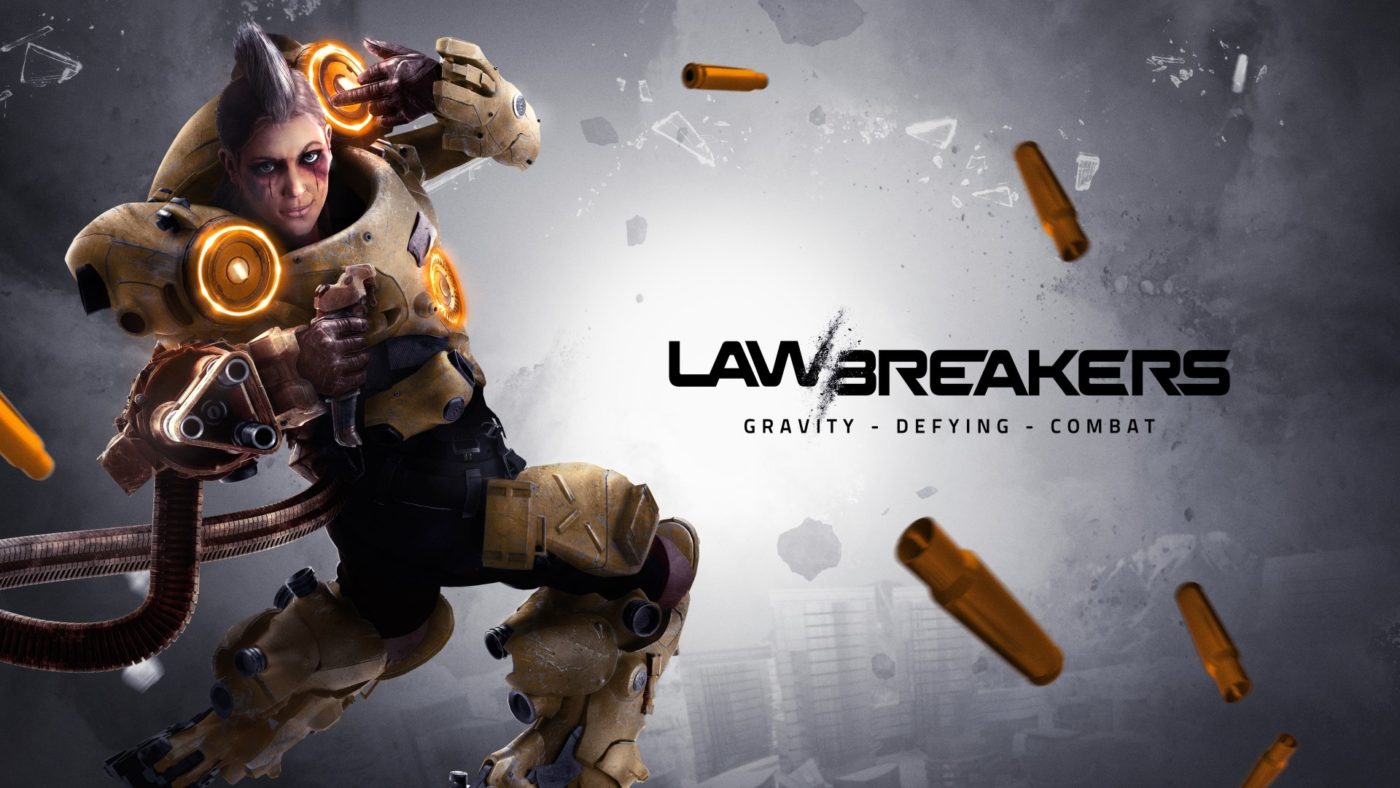 As noted by several readers, other games seemed to experience downtime between 8 p.m. to 12 a.m. ET on January 10. This makes it highly likely that services for LawBreakers were also down. (This was never communicated via the game’s website or social media channels.)

While writing this article, I did check another title to try and make sure it wasn’t a Steam/Steam Charts issue. Grand Theft Auto V remained online, so I quickly dismissed that idea. It’s now clear that I should have checked more games, and I certainly will do that in the future.

However, I’d also like to note that LawBreakers‘ player count has fallen to zero before. Readers have pointed out that no one was playing the game for an hour on December 23, for example.

According to Steam Charts, which tracks the total number of concurrent players for all Steam titles, LawBreakers count dropped to zero during the hours of 8 p.m. to 12 a.m. ET on January 10.

I first assumed the “0” player count was due to some kind of maintenance or downtime, but I can’t find any evidence of this on the game’s site or social media channels. I also can’t find any player-submitted reports of downtime, either.

With the player base dwindling for months now, it seems it was only a matter of time before people stopped trying to find populated lobbies.

It’s unclear what will happen to LawBreakers. Publisher Nexon has expressed disappointment in the game’s performance, and I think most players are waiting for a free-to-play announcement. 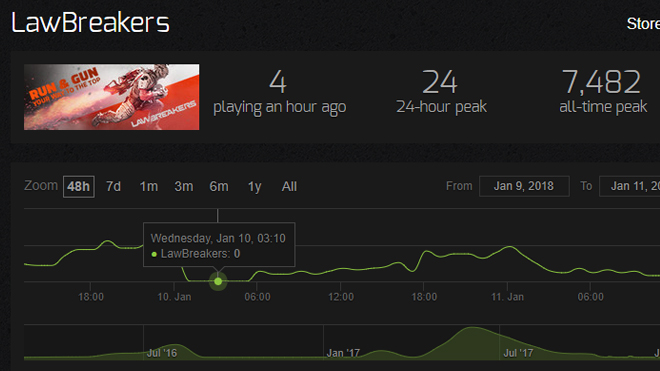 I was a massive fan of what LawBreakers brought to the table during its test phases. I was even excited about its release, despite the genre being saturated and other addicting games vying for my attention.

What do make of this news? Sad to see LawBreakers struggling? Or is it unsurprising? Let us know.

Call of Duty: WWII Sprint Out Time and Other Community Concerns Being Looked at by Sledgehammer