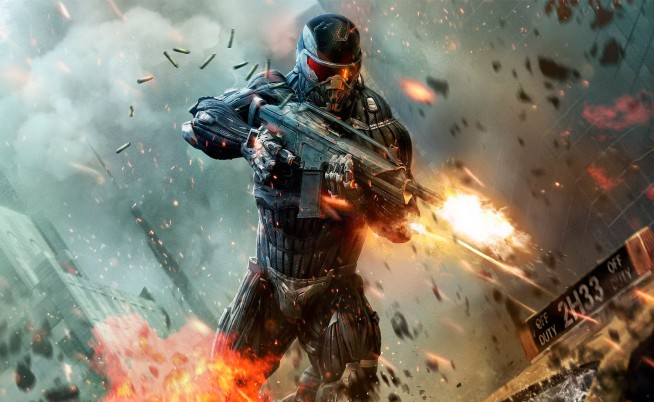 Update: Tiago Sousa, Principle R&D Graphics Programmer at Crytek, has claimed the leaked screen shot to be “some fake fan image.” Looks like we’ll have to wait for Crytek’s big announcement for official confirmation.

Original Story: Only a few days ago, the boxart for Crytek’s upcoming AAA shooter sequel, Crysis 3, was leaked to the public. Today, we catch an even better glimpse at the protagonist, the setting and the enemies that players will be facing in this direct sequel to 2011’s Crysis 2.

Check out this image below of our main nanosuit-wearing protagonist facing what seems to be a new alien threat in the overgrown, post-apocalyptic streets of New York City.

For those who’ve missed it, from now until 12pm GMT tomorrow, April 16th, Crysis 2 players across all platforms still have the chance to scoop up some double XP in Crysis 2’s multiplayer.

Right on the heels of this double XP event, Crytek is set to officially announce their next AAA FPS tomorrow as well. Stay tuned to MP1st on Twitter and Facebook for more Crysis 3 coverage!

What do you guys think about the setting and enemies so far? Let’s hear your thoughts in the comments below.