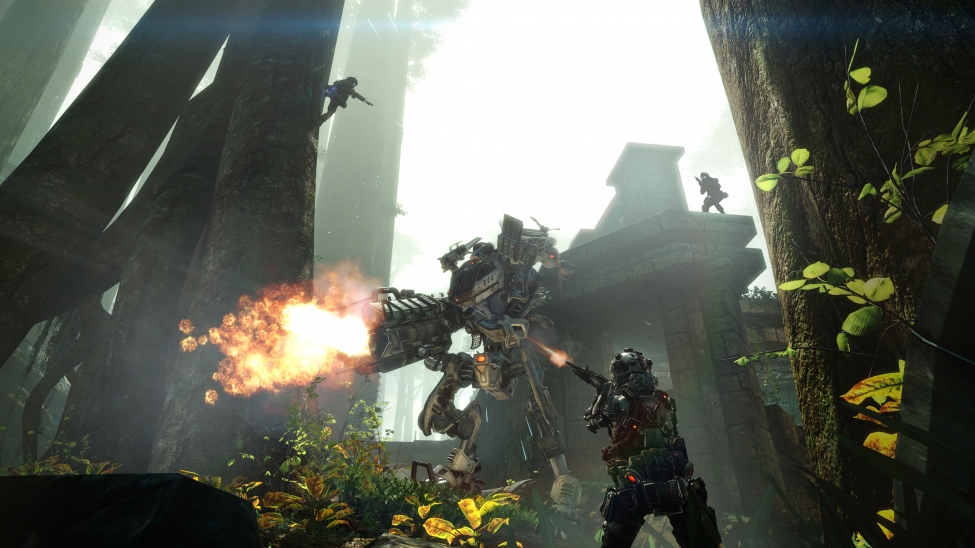 Along with War Games and Runoff, Swampland will round off the trio of new maps being introduced in the add-on that developer Respawn Entertainment says will “add a unique experience to Titanfall while staying true to the original themes of the level, like overwhelming nature and its intersection with technology.”

According to designer Chris “Soupy” Dionne, Swampland is centered around new gameplay opportunities that the dense forest/swamp environment provides. “They were a blast!” Dionne Wrote. “Titans dodging around massive trunks; Pilots jumping from tree-to-tree like ninjas.”

Head on over to the official blog to learn more and be sure to watch the “making of” video above.

Titanfall Expedition DLC is coming later this month for $9.99, or included in the Titanfall Season Pass. You can catch more screens of the upcoming DLC here.

Respawn Entertainment will be showing off the upcoming Titanfall DLC in a developer live stream this Monday, May 12, at 12pm PDT.

Want more DLC details? Join the live stream with members of the @Respawn team on 5/12 at 12PM PDT. http://t.co/X0JNMM3jHE #Titanfall