12 competitive multiplayer game modes are launching with Call of Duty: Advanced Warfare on day one (or day zero, technically), in addition to the recently unveiled co-operative wave-based mode, Exo Survival.

On top of staple Call of Duty PvP modes like Team Deathmatch, Domination, and Kill Confirmed, the latest issue of Newsweek Magazine has recently confirmed that the fan-favorites Gun Game and Infected will also be making a return in Advanced Warfare.

Reddit user Skaterkid9606 was able to provide a few images of the issue, which provides descriptions of both game modes. 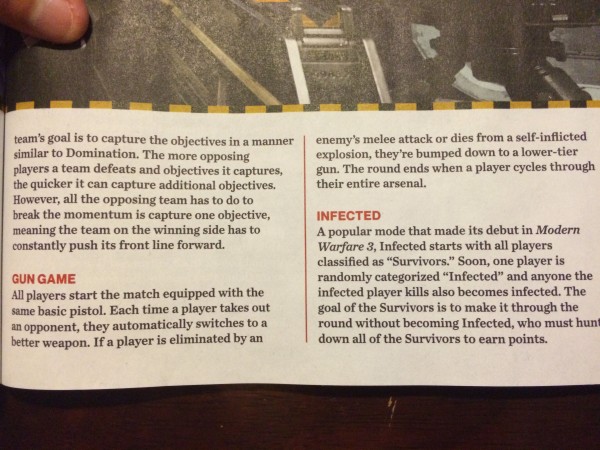 Thus far, that brings the total list of launch day multiplayer game modes to these 12:

What’s your take on Advanced Warfare’s line-up of launch day game modes? Anything you think is missing? Happy to see Infected and Gun Game return?

Avoiding knife kills in an Exo Suit should be pretty interesting. Leave your thoughts below!