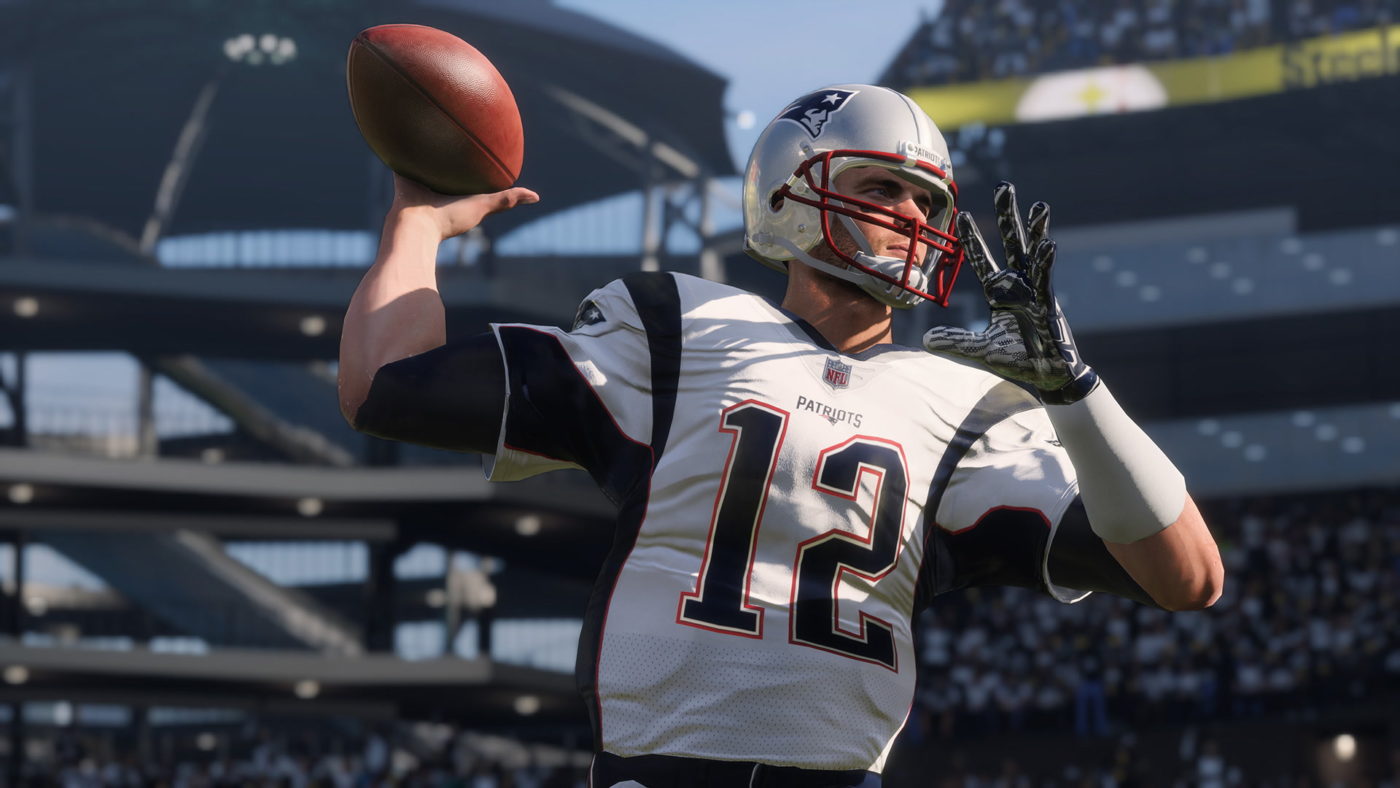 For the full list of Madden NFL 18 updates, see below:

– Added logic on all game styles so kick blocks no longer occur on “Perfect Kicks” – to get a perfect kick, Kick Power must be at 100% and the Accuracy Meter must be stopped within the kicker’s accuracy window, and perfect text appears on screen when you get 100% Kick Power and there will be a blue flicker that will trigger on the kicker’s player icon after the kick that indicates you met the “Perfect” criteria

– Adjusted some logic around the QB Contain assignment:

– Added additional thresholds for QB Accuracy on Competitive Game style so that short, medium, and deep passes each have separate thresholds, with short pass having the lowest threshold to achieve accurate passes

– Tuned to improve the play of AI-controlled QB’s, specifically around scrambling and recognizing pressure

– Fixed an issue that removed the VICIS helmets from offline CFM

– Improved stability in the Weekly Training drills in Franchise mode

The team is aware of an issue in Franchise mode where users may experience lag during play call on PS4. We want our PS4 franchise players to know this issue is a top priority for our team, and we will do our best to get the issue resolved as soon as possible. We apologize for the inconvenience and thank you for your continued patience. Plus:

What do you think of the latest update? Are you happy to see stability fixes? Let us know below.