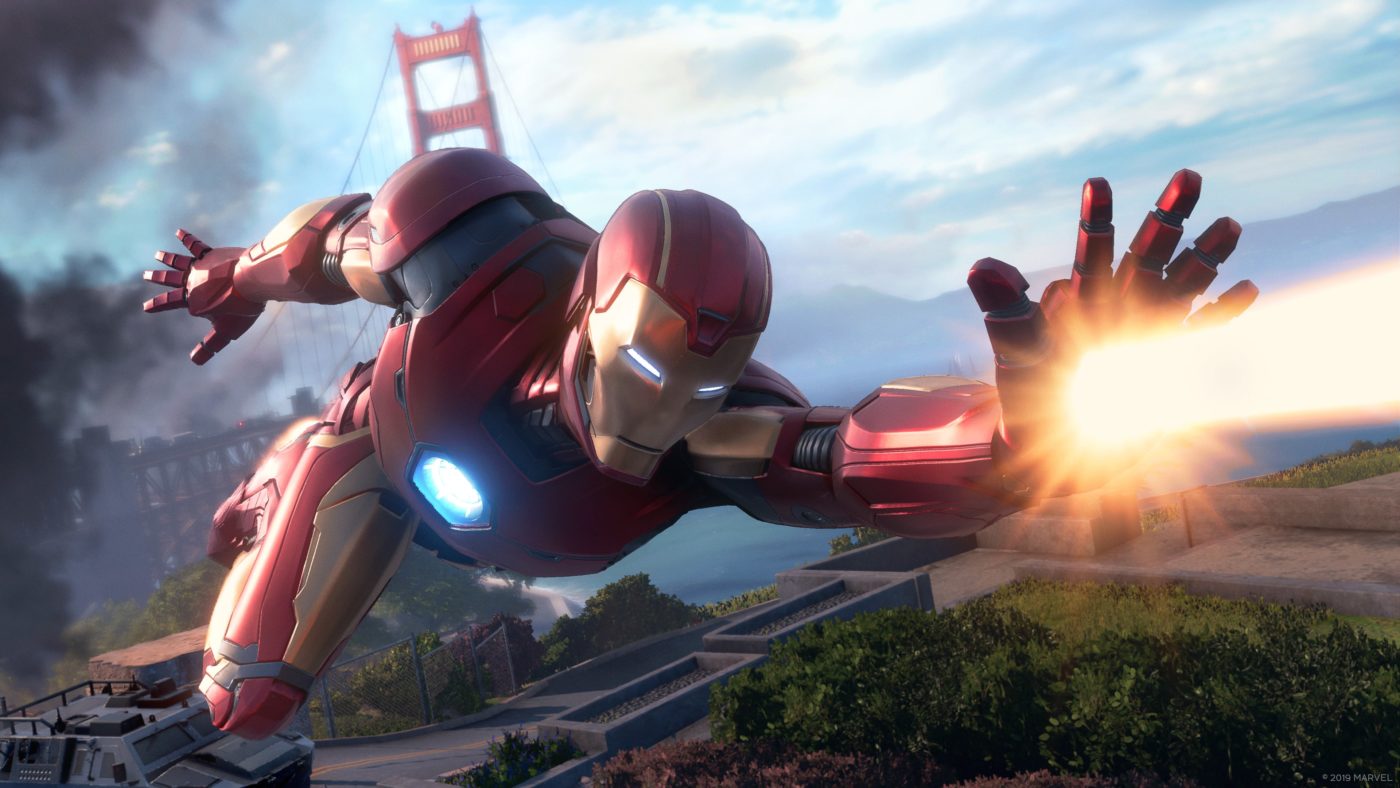 Also discussed are the inspiration and whatnot for the character design.

In Marvel’s Avengers, @CrystalDynamics spent a tremendous amount of time & iteration designing the Iron Man armor. For his iconic armor, they were inspired by Italian motorcycles & supercars, which combine machinery & sleek housing.

The goal was to create a design that looks both functional and believable, but also maintains the classic design DNA.

A concept designer with extensive experience in industrial design was assigned to create his iconic armor. Using his experience designing vehicles was crucial in shaping the parts and function of the armor.

While this is his “base” armor, the goal was for it to still look modern. Like traditional Iron Man designs, Crystal Dynamics kept the classic round inner shape for the arc reactor, but then housed it within a skewed hexagonal shape for a more contemporary look.

The team spent a considerable amount of time on the rear design of Iron Man as well, because that is what is most visible when playing the game.

The shoulders flaps function for flight maneuvering & as air vents for cooling. The venting also provides visual feedback to players to show the armor is overheating.

The red and gold graphic breakup was a learning process, and Crystal Dynamics designed many concepts based on historical Iron Man designs to come up with the best balance. They reduced the size of the traditional gold regions of the armor, and distributed the red more evenly.

In addition to the iconic armor, other Iron Man armors will have a wide variety of design breakup and colors that touch on various Marvel designs, as well as some exciting and unique new armors.

Speaking of Iron Man, Marvel is launching a prequel comic just for the game, and the first issue features Shellhead himself. In other Marvel’s Avengers new, go check out the Captain America profile video, and the Hulk one, too.