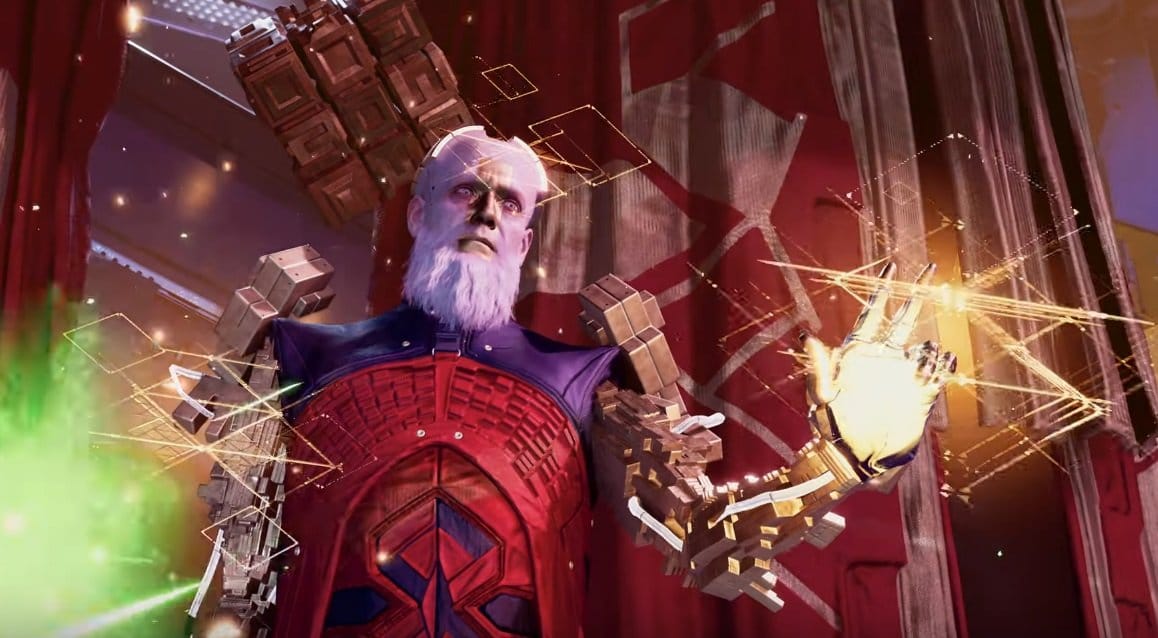 Peter Quill and his merry band of misfits are about to meet an intimidating force to deal with, as Marvel’s Guardians of the Galaxy introduces Grand Unifier Raker in a brand new commentary feature — giving a proper introduction and description about this cybernetically-enhanced individual!

Here’s the feature with the commentary done by Marvel Games VP of Creative Bill Rosemann!

If you want to watch the cinematic without the commentary, here it is as well below.

As for how exactly Grand Unifier Raker and his organization the Universal Church of Truth  factor to the Guardians and their mission  — Bill teased bits of why they’ll definitely be a big presence in this game.

“Collaborating closely with the team at Eidos-Montréal generated the incredible opportunity to delve into the Marvel archives, tap into some of our deepest cuts, and bring to life characters not previously seen outside the pages of classic comic books. Grand Unifier Raker, the Universal Church of Truth, and previously revealed characters like Lady Hellbender and Cosmo are just a taste of what fans should expect from this game, where decades of Marvel stories shaped this new universe. It’s original, it’s outlandish, It’s 100% Guardians!”

Speaking of Marvel’s Guardians of the Galaxy featurettes, check out how the soundtrack of the game was together here.