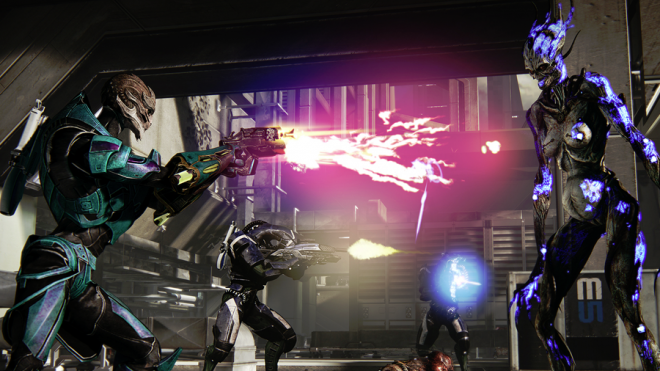 BioWare is celebrating the first birthday of Mass Effect 3, the closing chapter of Commander Shepard’s story and the final entry of the Mass Effect series, at least for this generation.

To pay tribute to the fans, the multiplayer team behind Galaxy at War, Mass Effect’s first foray into the multiplayer scene, is giving you the chance to earn a sweet banner featuring every single multiplayer character, which you can use to customize your player card.

To earn the banner, you’ll need to complete the second-tier challenges in the Operation: LODESTAR multiplayer weekend event. You can catch all the details here. Simply put, you’ll need to successfully extract against all four enemy factions on silver difficulty or higher.

In addition, the MP team has revealed the latest multiplayer statistics in this neat info graphic. 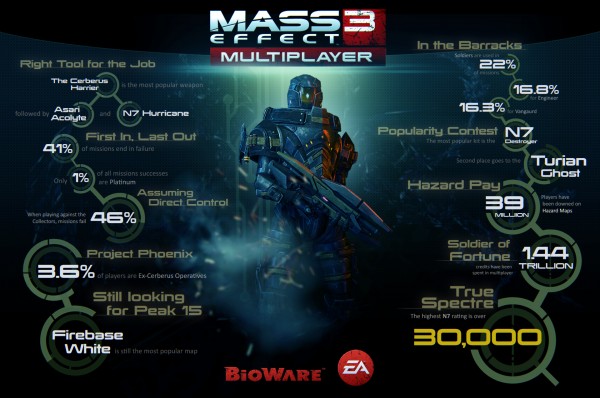 Somebody has been playing a lot of Mass Effect 3 multiplayer.

Mass Effect 3’s multiplayer was recently expanded with the Reckoning DLC pack. You can check out the launch trailer here.

How have you enjoyed a full year of ME3 MP? Think the series’ first attempt at multiplayer was a successful one?