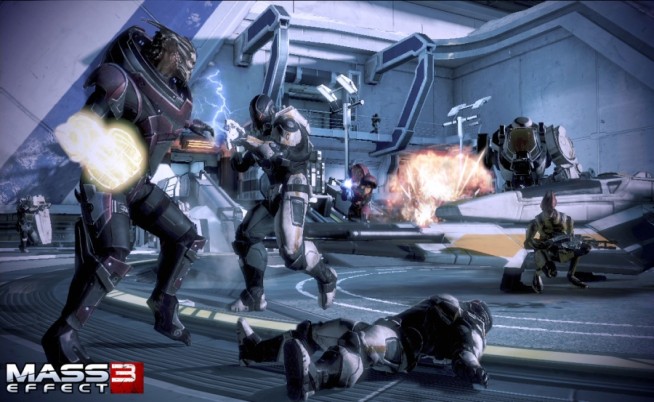 It looks like Mass Effect 3 fans who’ve yet been able to access the multiplayer co-op demo, Galaxy at War, are in for a treat today.

So far, the multiplayer aspect of the ME3 demo, released on the 14th, has only been open to those who’ve been rewarded with a redeemable code through various contests or to those who have played Battlefield 3 online and have registered their online pass. While it was originally stated that it would open up to the public on the 17th, it seems BioWare has had a change of heart. Could this be the work of the lingering effects of Valentine’s day? Either way, it’s awesome!

On Twitter, BioWare stated moments ago, “we’re so excited for you to try out the ME3 multiplayer demo that we’ve opened it up to ALL players as of…RIGHT NOW! Tell your friends!”

We recently gave our impressions of the Mass Effect 3 multiplayer demo, which you can read right here, and we were pleasantly surprised by the fun, addicting and polished gameplay BioWare was able to muster up for the final entry into the Mass Effect trilogy. We highly recommend you get on your Xbox 360, PS3 or PC and download the demo right away!

For those who’ve already been enjoying the multiplayer demo, what are your impressions? Let us know in the comments below.

Battlefield 3 – How To Play The “Aerial” Engineer