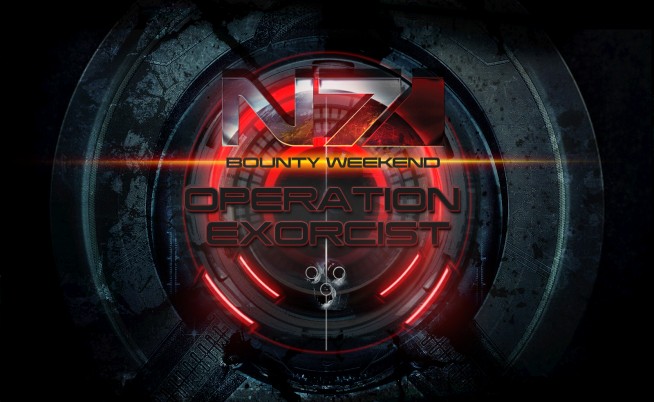 Update: BioWare has announced that Operation: Exorcist will now open up to PlayStation 3 users as well. They will be able to jump in starting at the same time today, 6:00PM PST.

Original Story: Are you up for another challenge in Mass Effect 3’s multiplayer? BioWare has just the thing for you with Operation: Exorcist.

As announced last week, starting from 6:00PM PST, Friday April 27th until 5:00AM PST, Monday April 30th, players will be tasked with two specific challenges this weekend. As an Allied goal, kill 1,000,000 Cerberus Phantoms. As a squad goal, survive until extration on any map and any enemy on Gold difficulty.

Upon completing the Allied goal, all players will be granted a Victory Pack. Commendation Packs will be rewarded to those who have achieved the squad goal later this week.

These challenges are open to all player on the PC and Xbox 360. Remember to make sure “Upload Gameplay Feedback” is turned “on” in the online options.

So, gather some friends and show those Cerberus Phantoms who’s boss!