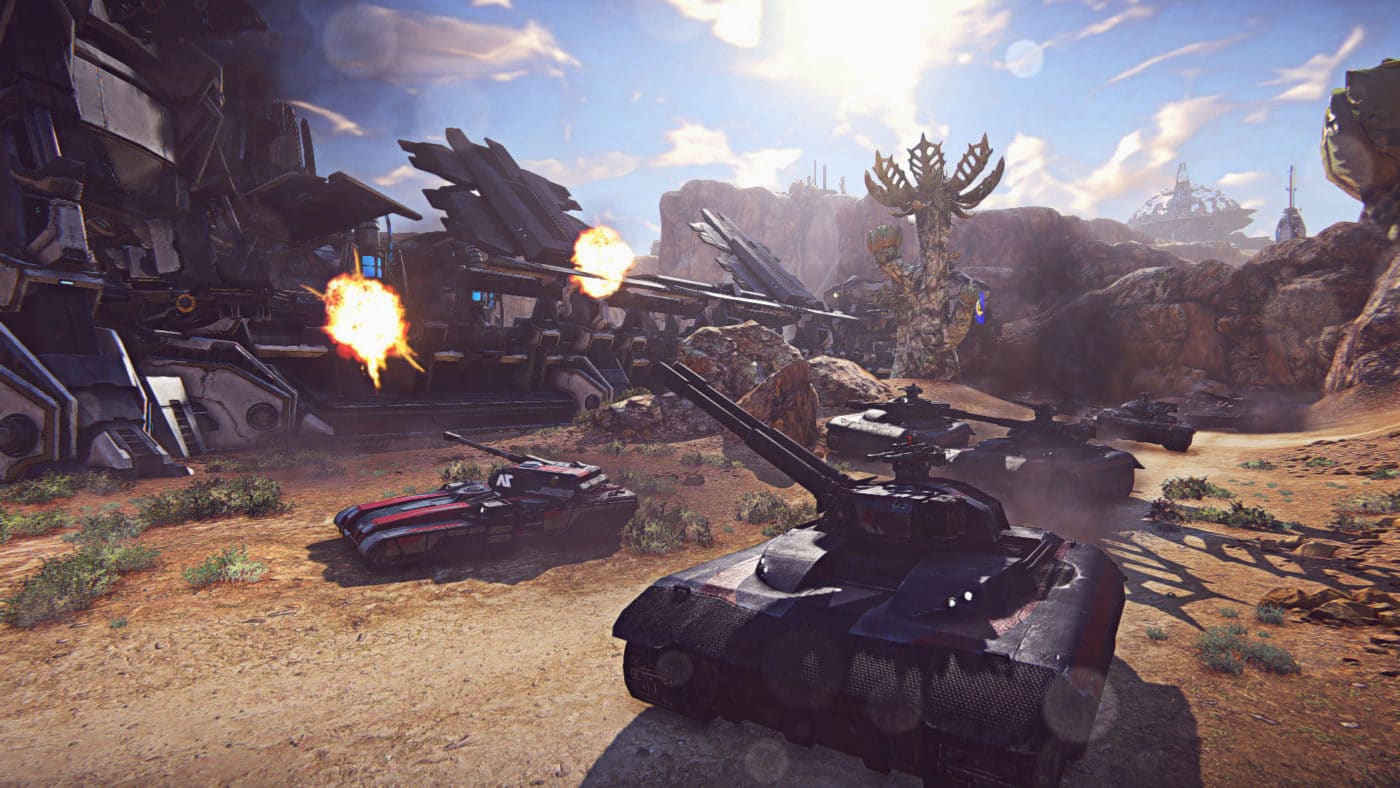 PlanetSide 2 on PS4 has been a long time coming. Having originally launched on PC back in 2012, the studio is now able to bring the free-to-play shooter to Sony’s console with new features and content.

“Across the vast continents of Auraxis, players fight in persistent warfare for critical territories and key resources in intense infantry, air and ground vehicle gameplay. Players can customize their soldier, weapons, and vehicles to match their play-style, as well as the needs of their squad, outfit or Empire, building alliances and specialized units to execute acute tactical initiatives and long-term strategic objectives.

“In PlanetSide 2, when the battles last for days, the fight for territory is more than a victory, its survival.”

Upon entering the fray, players will align themselves with one of three warring factions, each with their own unique abilities, weapons, attachments, and vehicles. Players can also select a class that’s tailored to their play-style and join an outfit made up of a large or small group of combatants. Battles wage on the ground and in the air in large continent maps filled with thousands of players where the objective is to control territories and resources.

Have a look at the launch trailer in the featured section above. You can download PlanetSide 2 for free from the PlayStation Store here.

If you’re hopping in today, tell us your first impressions in the comments below!