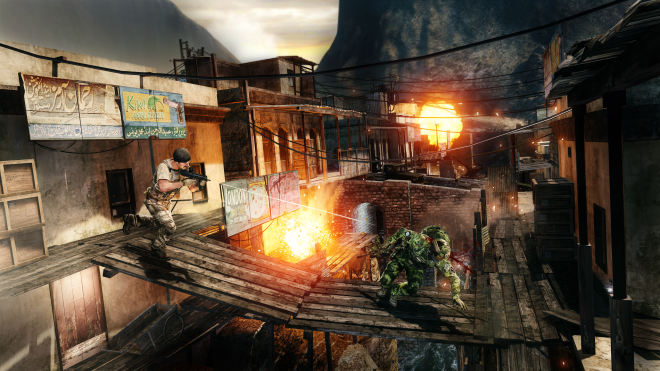 Medal of Honor: Warfighter’s first upcoming DLC Zero Dark Thirty will be available this december at no extra cost to Limited or Deluxe edition owners. It originally was announced to include two maps based on some of the world’s most dangerous places: Darra Gun Market and Chitral Compound.

Today, Danger Close announces additional camoflauge patterns to be made available in Zero Dark Thirty as well, 14 of them, to be exact. One of these patterns includes the official Dev Team camo, decorated with the names of all those hard working folks that brought you Medal of Honor: Warfighter.

How do you unlock it? Either kill a member of the Dev Team or someone who has already done so. Uh… and we mean in-game, of course!

Check out the Dev Team camo below:

Who’s going to get it first?