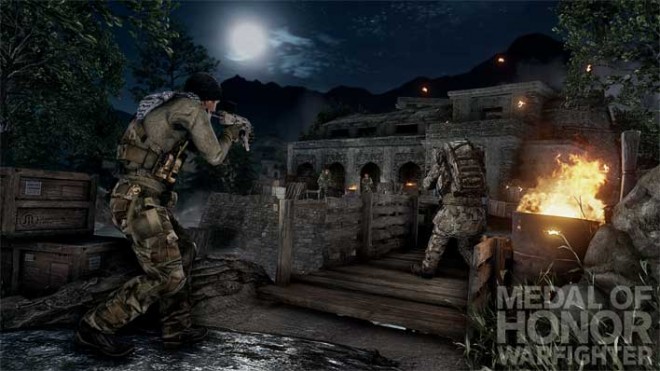 Medal of Honor: Warfighter’s first map pack, Zero Dark Thirty drops this December free to those who got their hands on the limited edition, $9.99 USD or 800 MS points otherwise.

To get a bit of a taste of what’s to come, Danger Close gives us a sneak peak at the two brand new multiplayer maps included in Zero Dark Thirty, Chitral Compound and Darra Gun Market via this flythrough video.

Danger Close writes that these locales are “inspired by a decade-long manhunt in some of the world’s most dangerous places: Darra Gun Market and Chitral Compound. Darra is home to dozens of back-alley shops and self-taught machinists making guns by hand. Chitral is highly inaccessible and was thought to be one of Bin Laden’s hideouts — only those with the capabilities of total surprise will successfully penetrate the compound.”

Looking pretty cool! What do you guys think?