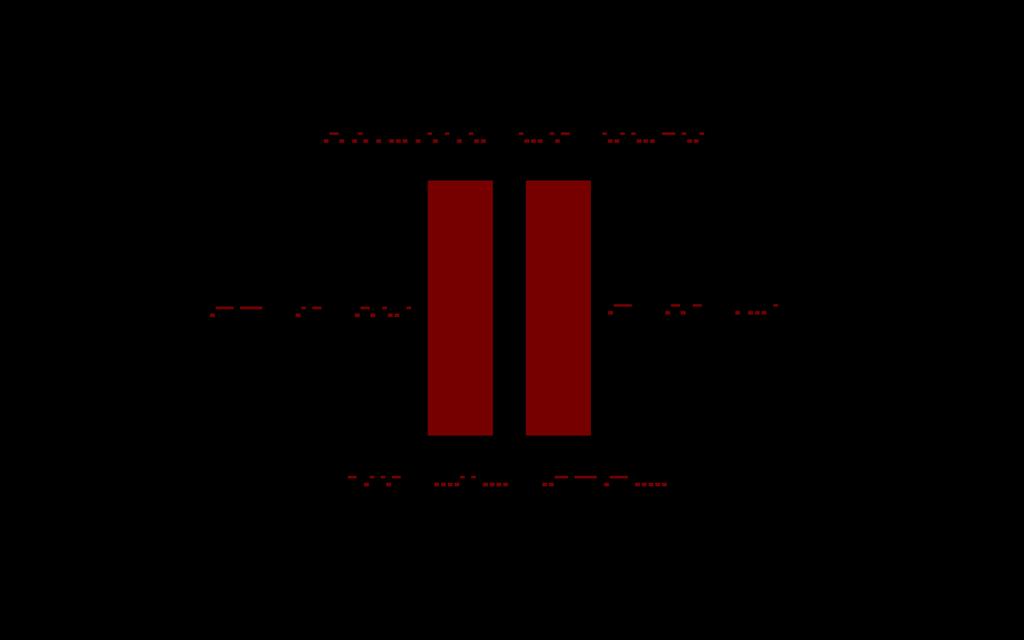 Looks like we missed this update from Xbox Canada Community Manager Raj Patel apologizing for the initial tweet and explaining that the image was, in fact, unofficial.

Earlier I posted an unofficial (not from Xbox) image to see what others think of it, not as an endorsement or tease. Sorry for any confusion

Microsoft has got something up its sleeve that it’s not sharing with the public until later this year. Xbox Canada Community Manager tweeted this image earlier today picturing a red “II” logo surrounded by blocks of morse code and with the caption, “Hmm…”

According to NeoGAF, the morse code message in the image translates to “Presented by Xbox, 10am PDT, 1pm EST, May 4th 2015.”

If you’re all caught up on your Call of Duty marketing history lessons, then you’ll know that new Call of Duty titles are traditionally announced at around 10am PDT on a given day in the first week of May and that the announcements themselves are typically presented by Xbox. They also tend to coincide with NBA Playoffs, and as it so happens, the NBA Conference Semifinals kick off this May 4.

You’ll also know that Treyarch, creators of the World at War and Black Ops sub-series, are very likely stepping up to the plate as this year’s Call of Duty developer, given the franchise’s new three-year development cycle. Sledgehammer Games launched last year’s Advanced Warfare (announced on May 1, 2014) while Infinity Ward lead development on Ghosts the year prior (announced on May 1, 2013).

It’s not a whole lot to go by, but putting two and two together (see what I did there?), it’s got a lot of Call of Duty fans talking about the possibility of a World at War follow up for 2015. In the absence of a triple-A World War II shooters over the past couple of years, perhaps it’s now time to see how the era could be portrayed on next-gen hardware?

What are your thoughts? Is it time for WWII shooters to return? Do you think it’s possible that Treyarch is working on “World at War 2”? Are we way off here? Tell us in the comments and keep your sights on MP1st for more updates.