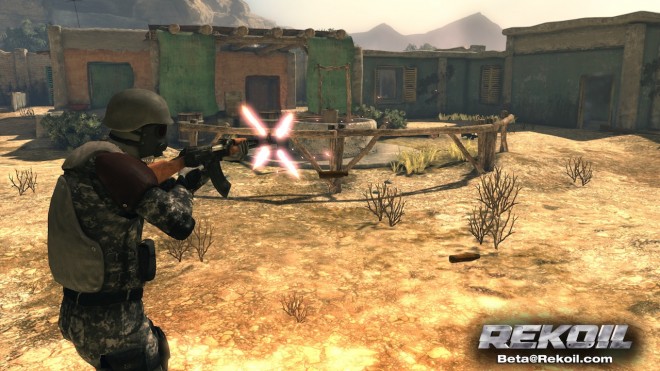 Looking for a game that tests your skills without the burden of worrying about killstreaks and vehicles and is all about gun on gun action? If so, the folks over at Plastic Piranha and 505 Games may have something in store that will have you interested.

Independent developer Plastic Piranha has recently struck a deal with 505 Games to bring Rekoil, a first-person shooter that takes place during a ‘plague’ featuring a class-based system that’s all about skill, to the Xbox 360 and PC.

Althought it may seem like just another shooter to saturate the FPS market, it will however feature heavy mod support, even for the Xbox 360. Though modding for consoles is generally a bit tricky, the folks over at Plastic Piranha may have found a way to make it work for the console.

Mods will be available as DLC packs – or ‘best of’ packs – that will include the user-created content content and will be available for download for both the PC and Xbox 360 platforms. If you’re itching to see a gameplay video, in case you’re unfamiliar to the title, feel free to check out the trailer video below:

At the moment, there’s no set date for when you can expect Rekoil to arrive, aside from being available sometime later this year.