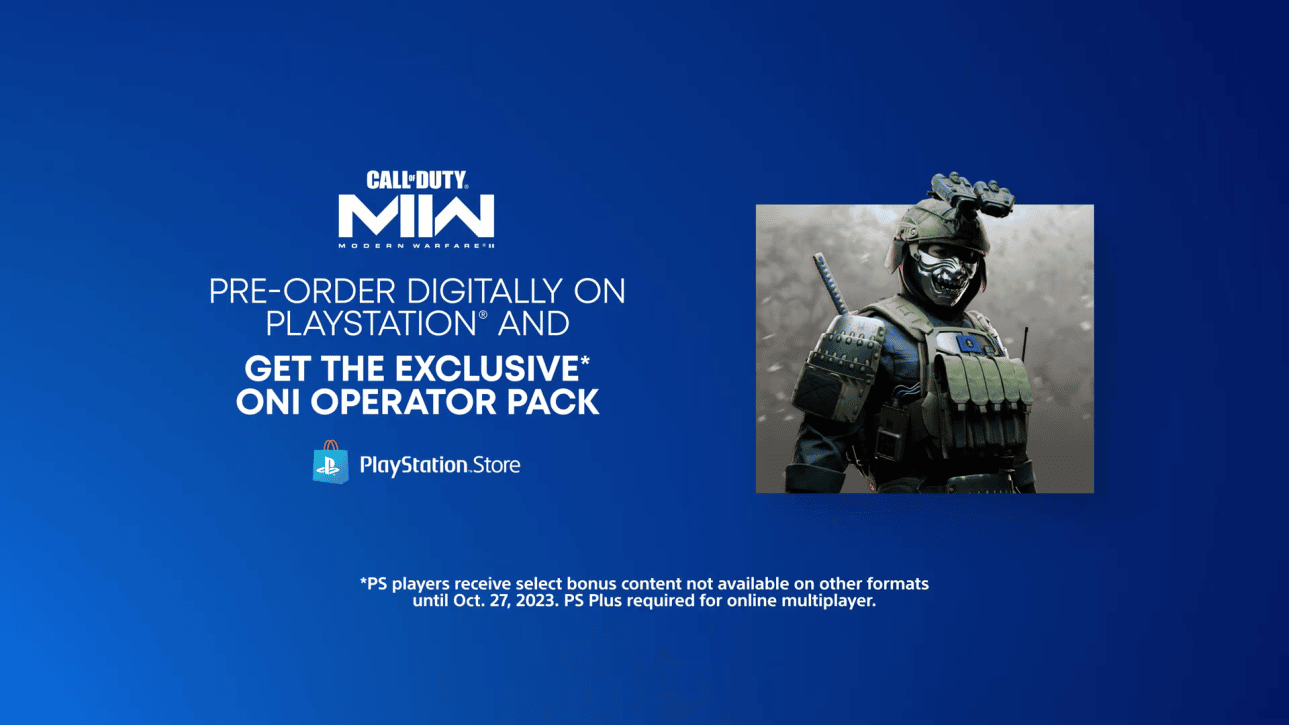 During today’s Call of Duty Next event, Activision revealed that Modern Warfare 2 and Warzone 2.0 is getting PlayStation-exclusive content in the form of Spec Ops mode, as well as a special Operator bundle.

Pre-order #ModernWarfare2 through the PS Store secure the exclusive Operator: Hiro “Oni” Watanabe on day one, stocked with a high-level Weapon Blueprint 🔥

Spec Ops being exclusive to PlayStation isn’t new, as Modern Warfare 2019 also featured this multiplayer co-op mode exclusive to the platform for at least 12 months. Same as before, Spec Ops will be for two players, and will be an asymmetrical experience. More details about it will be revealed at a later date according to Activision.