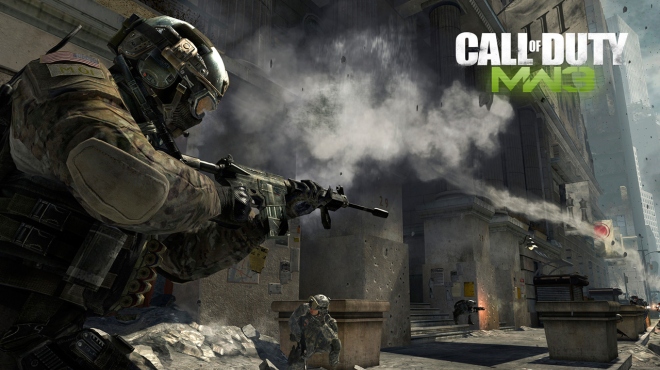 Another busy week of Modern Warfare 3 news: from PS3 and Xbox 360 Elite subscribers receiving their respective July drops including all 360 gamers getting the free Modern Warfare 2 map Terminal, to Infinity Ward Executive Producer Mark Rubin revealing some big updates on the horizon.

Previously I reported on this month’s Content Drops, how spawns work and other news, which you can view right here.

Earlier today, Rubin confirmed a number of fixes are on the way and that some have already gone live for some platforms. From matchmaking tweaks to weapon buffs and nerfs, this is what he said:

MW3 Update:
Lag Comp (Xbox & PS3) – TDM has some settings that replicate to an extent MW2 lag comp settings. More to be done here. Moving to all playlists soon. Probably sometime next week barring any issues. PC is still being worked on as well but is a different code path.

Matchmaking (Xbox) – Domination has a new matchmaking schema. It no longer uses Hilbert regions but rather country code based on your IP. Improvements to that coming in upcoming patch. But if you have been matchmaking a lot with people from other countries please try this out and see if it is better.

Spawning (All) – Faceoff maps have had more spawn points added and a slight tweak to the logic. Should reduce the amount of spawn trapping. But the maps are small so spawning will always feel dangerous. Part of the fun of the mode. A full re-write on spawn logic is in the works but will be some time before it is ready.

DLC – Terminal is out for everyone on Xbox. I’ll be able to announce the date for Ps3 and PC sometime soon pending PR approval. Probably next week or so. Yes Terminal will be free for everyone just as it is on Xbox.

PS3 DLC Issues – Some of the issues with PS3 DLC have been resolved. There are still isolated cases of people losing their Elite Subscription (me included) and also of some DLC content that seems to be either unplayable or un-downloadable. We are still working with Sony on those issues. Hit up @candyslexia for possible solutions for DLC issues.

Weapon Balance – We have started our pass on weapons here at the studio and are testing out some changes. We are just hitting ARs and SMGs at first. Our current philosophy on this right now is not to nerf but rather to buff those weapons that are under-performing. Not sure yet on the eta of when these changes will go live.

Playlist Updates – I don’t have any info yet on Playlist updates just yet. Hoping to get to that soon.

Candice Capen, Community Coordinator for Modern Warfare 3, also replied to a question I asked her regarding Team Tactical and general playlist changes to which she responded, “compiling a list of things I want changed when we do the playlist overhaul” and is currently being discussed.

Update: Mark Rubin, recently asked about Terminal 24/7 playlists, answered that he is “looking into that possibility. Just figuring out best timing.”

When asked about whether or not Infinity Ward would consider having a Nuketown 24/7-like event for Terminal, Candice remarked that there will be no playlist dedicated to the map but continued saying she’s “going to weight Terminal higher throughout the playlists so it comes up more.”

We reported earlier that a Care Package glitch and other new issues like getting on top of the plane have started appearing. Luckily, they appear to have been noticed by Infinity Ward and some hot fixes are on the way to fix some obvious glitches as Candice confirmed, “we’re fixing the one where you can get on top of the plane.”

She also confirmed that the ‘Disable DLC’ option will not affect Terminal in a future update, stating, “we’re going to add an update that addresses this.” Terminal is expected to be a “mandatory update” for all Xbox 360 users, regardless if you want the map or not.

A previously patched exploit has returned: console controller buttons showing up in names, specifically in Elite Clan Titles. Players have managed to find a way to implement controller button images. Rest assured, Infinity Ward and Beachhead Studios are working on a fix.

Over on the Call of Duty forums, Infinity Ward developer Ghandi has been posting news regarding their attempts to smooth out lag compensation with a series of hot fixes for frustrated players which were tested on Team Deathmatch and Ground War playlists. This is what he had to say:

Generally there have been mixed results. More people are reporting an improvement in TDM than a degradation. In GW it’s a wash. We have three settings in test internally with additional instrumentation code added that we began significant testing on under various simulated lag, NAT, packet loss and jitter and ISP conditions. We are looking at each and measuring which is provides the most accurate results. This will be pushed live soon.

They have managed to achieve some improvements but still require more testing over the next few days in order to push a global fix for every playlist. In a later post, he also announced that a new Face Off spawn change is expected “to go live soon.”

Further matchmaking improvements have been tested throughout the past few days and those results, plus more updates, are expected over the weekend and into next week.

A Terminal release date for PS3 and PC has not been announced. Candice reassures that the map “will arrive [for PS3 gamers; PC unconfirmed] next month,” and a release date for both August Content Drops and Terminal will be revealed at a later date.

Regarding maps from Modern Warfare 2 to make an appearance on it’s successor, Candice reaffirms that “[there are] no plan for more MW2 maps at this time” but continues by saying, “we have more new MP maps coming though!”, which probably refers to the last remaining multiplayer maps, which we reported here.

As a side note from Modern Warfare 3’s Tina Palacios, Senior Community Manager at Infinity Ward, she tweeted out yesterday that the Infinity Ward website – which has gone long untouched since the Activision vs. Jason West & Vince Zampella exodus and only showed a splash page of it being “currently redesigned” – is finally getting some love. She posting a screenshot of the new website. We look forward to the new look! 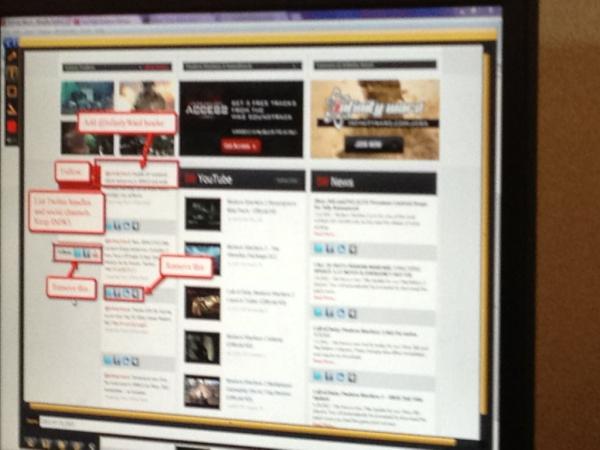 Another week of Modern Warfare 3 news recapped. We’ll update this article if any further news has been announced, but if you have any comments or questions, please post in the comments section below.

Have you been enjoying MW2’s Terminal with MW3 gameplay on the Xbox 360? What changes would you like to see regarding weapon re-balancing? Post a comment below or head to our forums to discuss with other gamers!