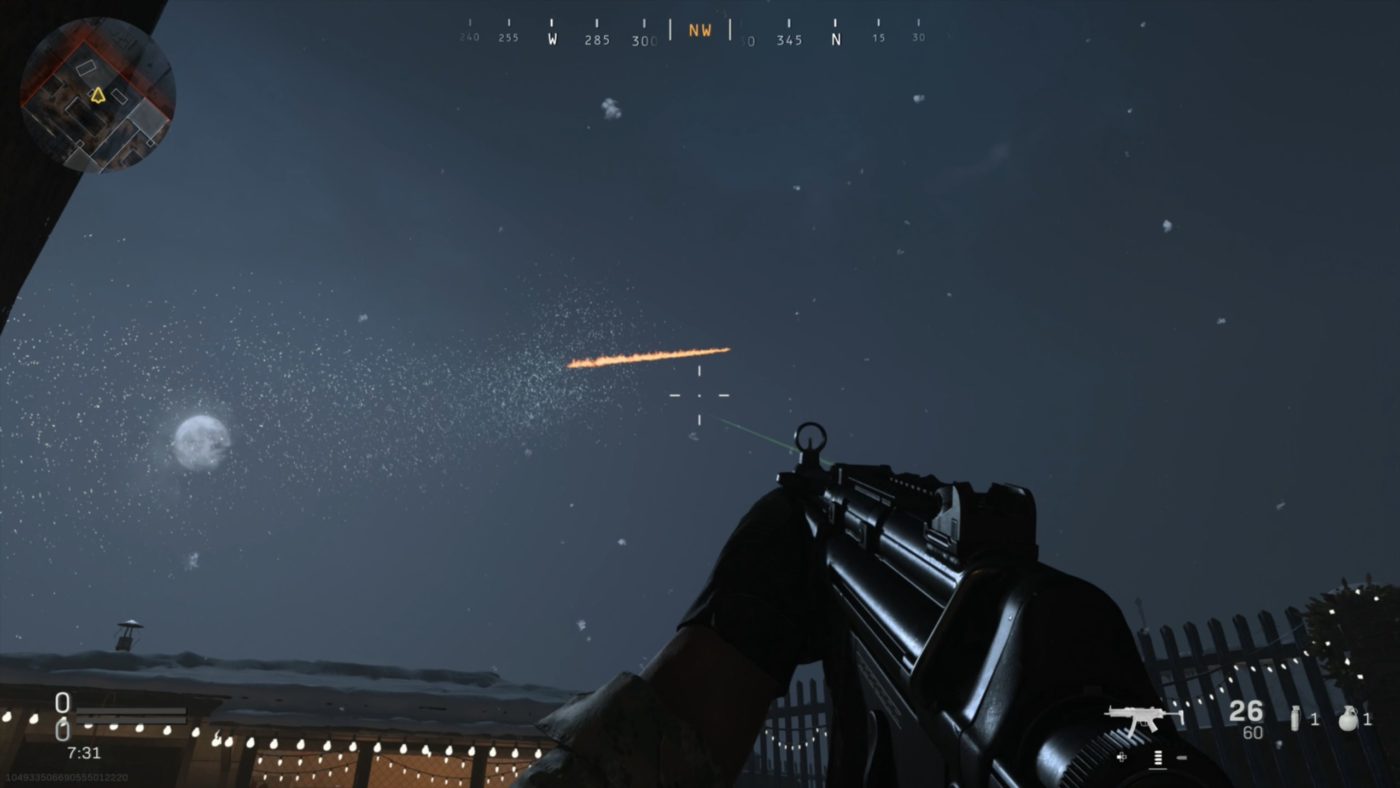 In today’s Call of Duty: Modern Warfare update a new Gunfight map was added called Winter Docks (which is Docks decked in Christmas decorations). It seems that aside from the new maps and fixes, something else has been added in the form of a Modern Warfare Christmas Easter egg!

This little nuggest was teased over on Twitter by Infinity Ward Art Director Joel Emslie mentioning that a Modern Warfare Christmas Easter Egg is present in the map. Thankfully, it’s already been discovered by YouTuber PrestigeIsKey, and we have the step by step guide on how to trigger it below.

Look for the note left on the corkboard by the Infinity Ward VFX Team that says “Santa, we’re having problems with the sleigh. We’ll need to add a little boost. What time are you planning on leaving? – VFX Team.” 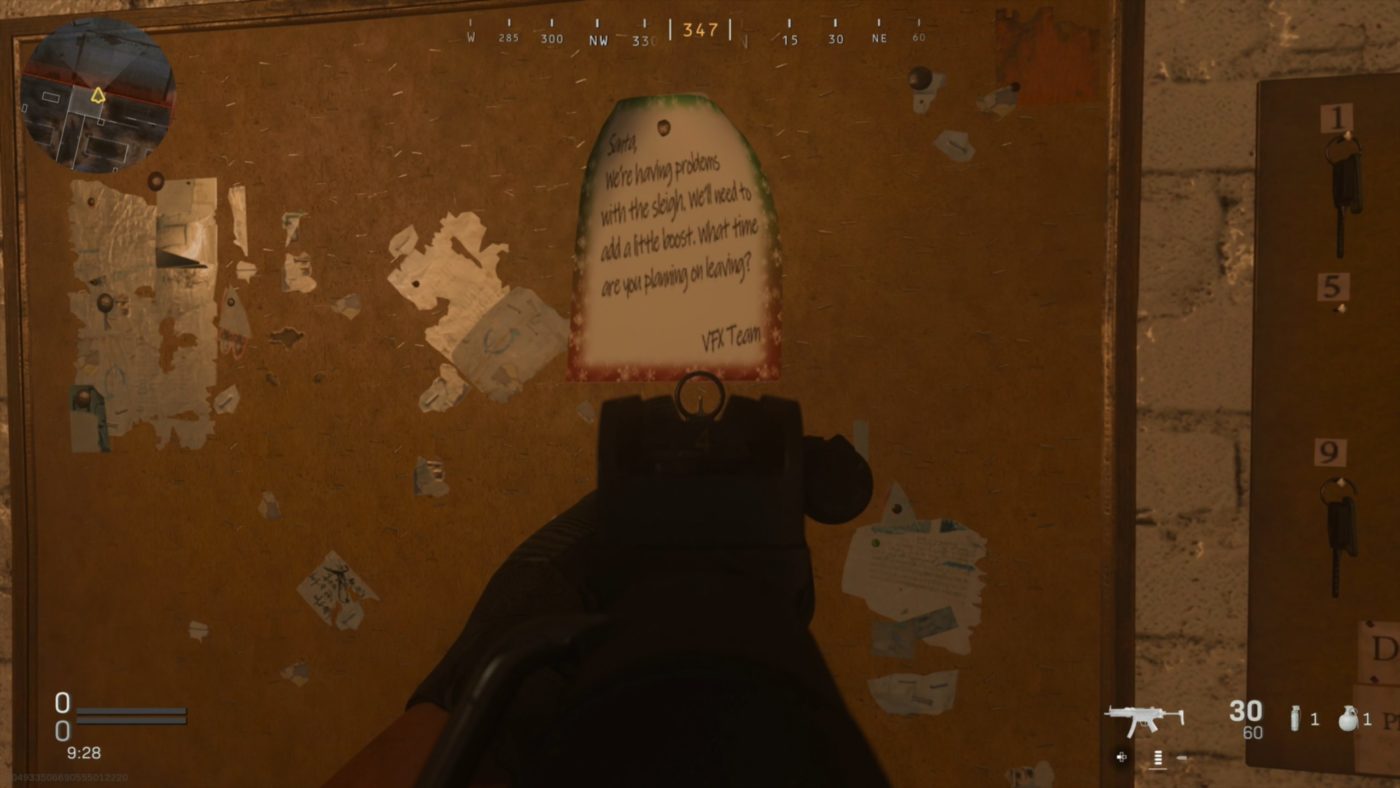 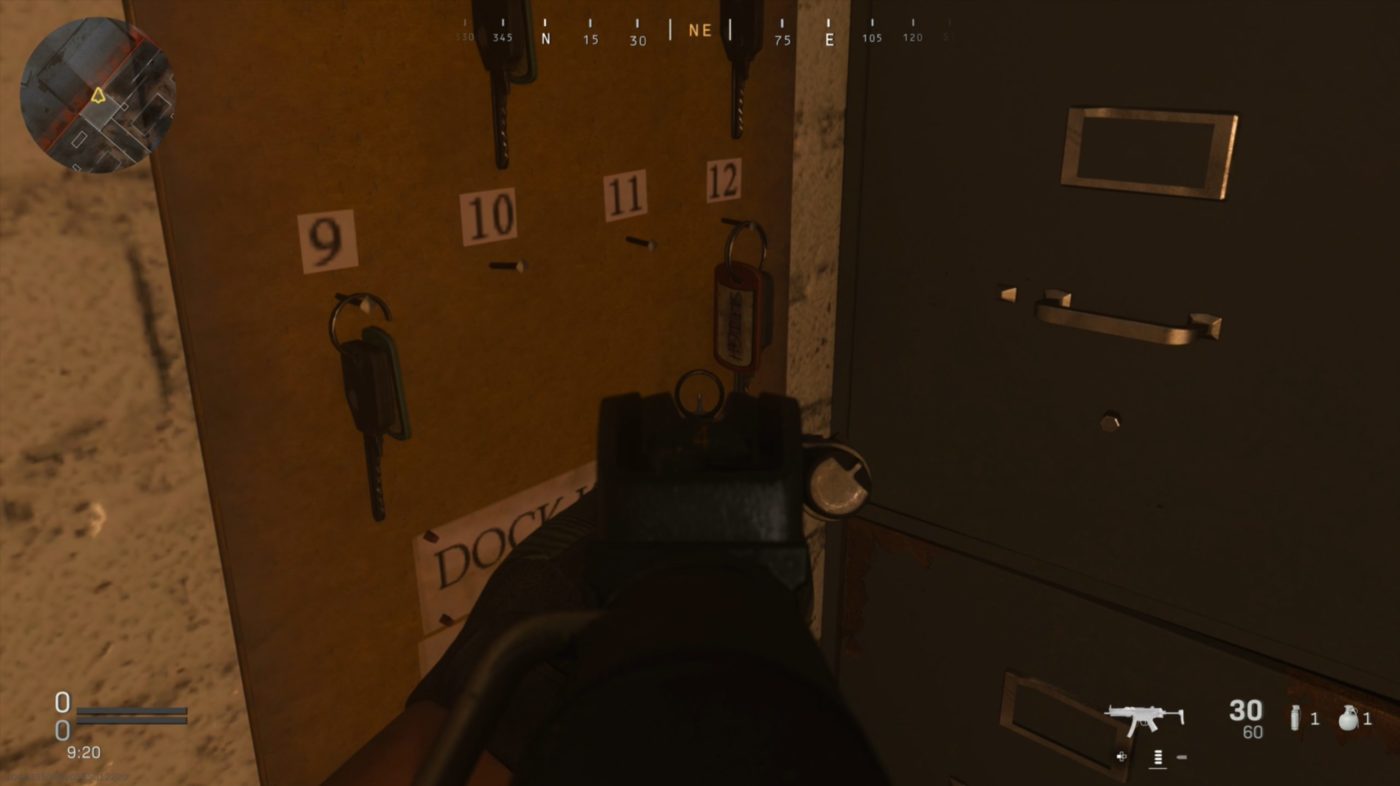 Look for the weathervane outside that has a rooster on it and is situated below a very familiar looking clock. 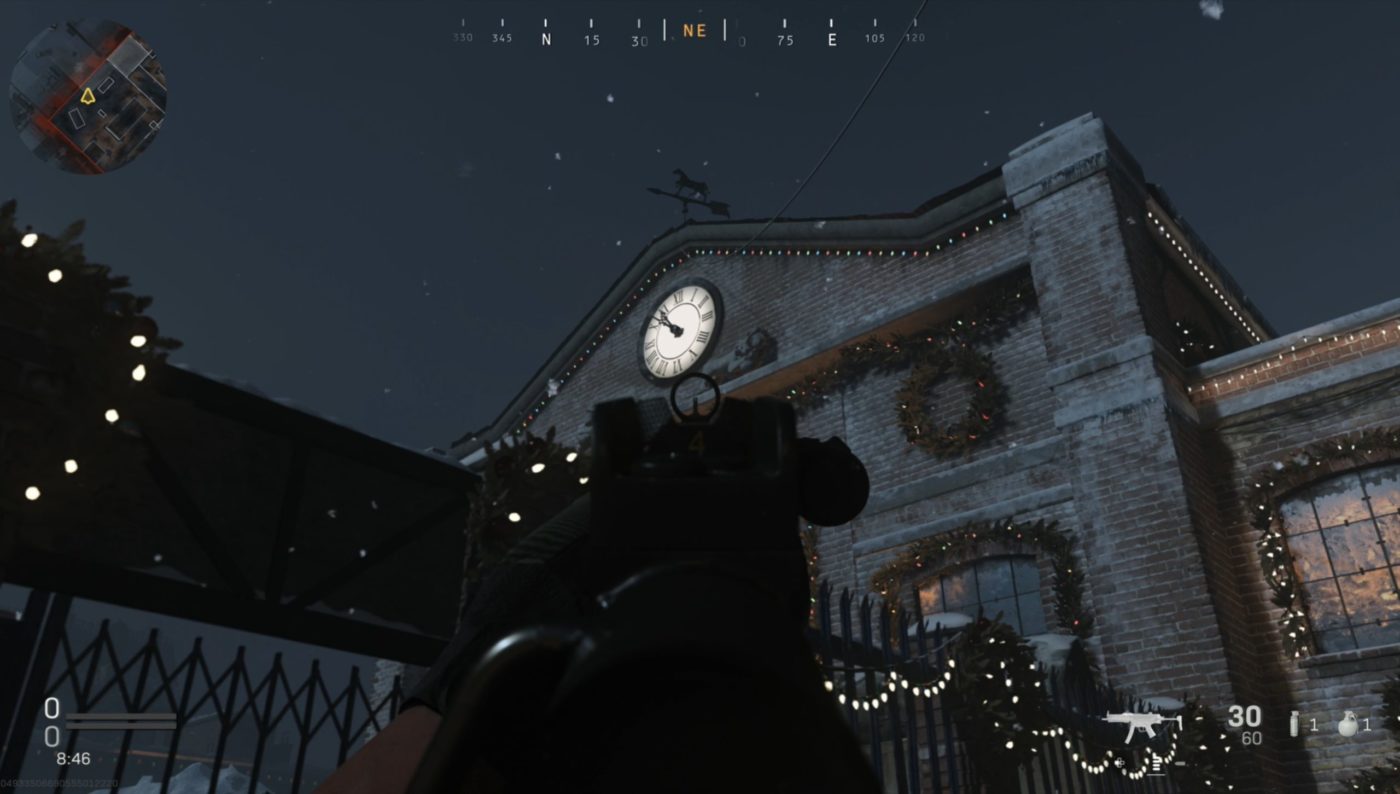 Putting two and two together, the sleigh key being on slot 12 equates to needing to shoot the weathervane when the clock strikes 12. Doing so will trigger a lightning that will help travel across electricity lines (just like the 1985 film, Back to the Future). 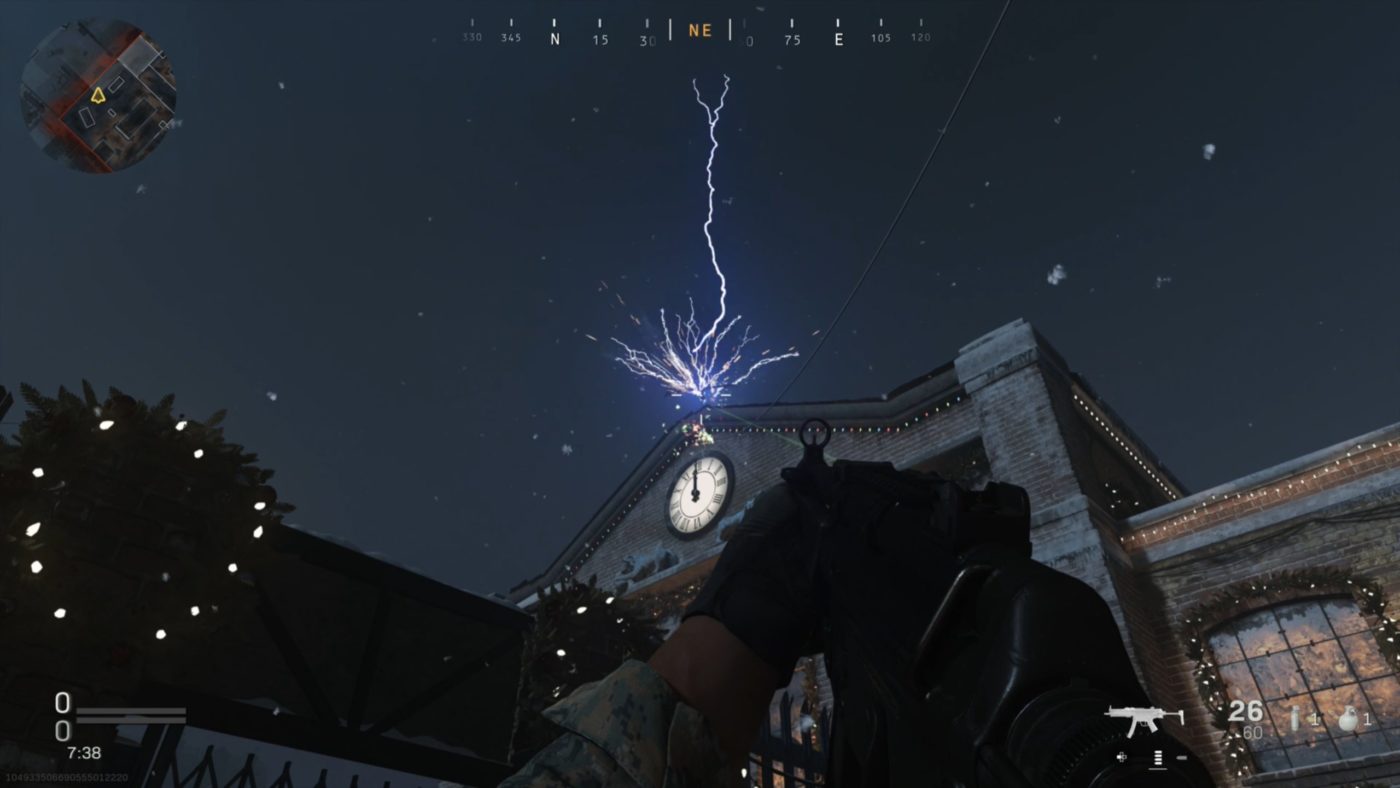 Sit back, and watch everything unfold! You’ll see Rileythe dog from Call of Duty: Ghosts heading the sled along with Captain Price (Santa Price?) driving it. 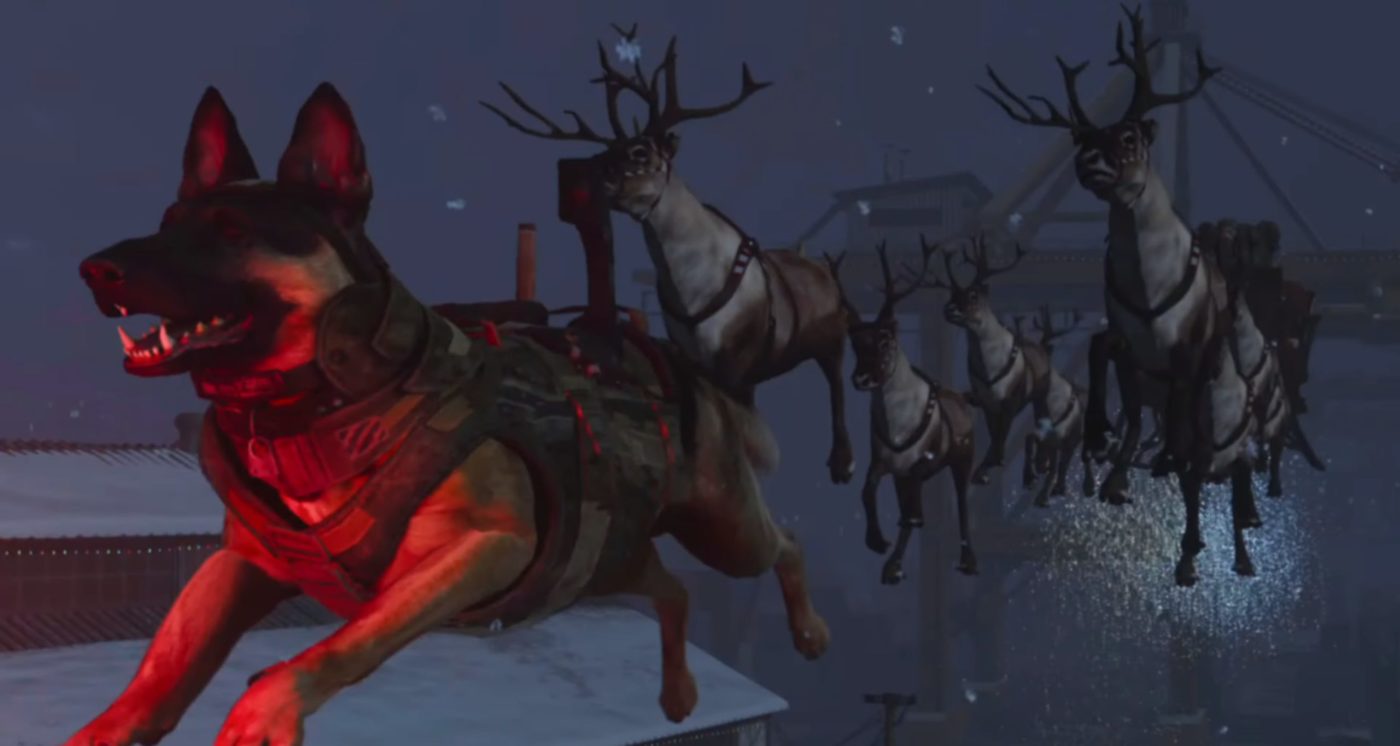 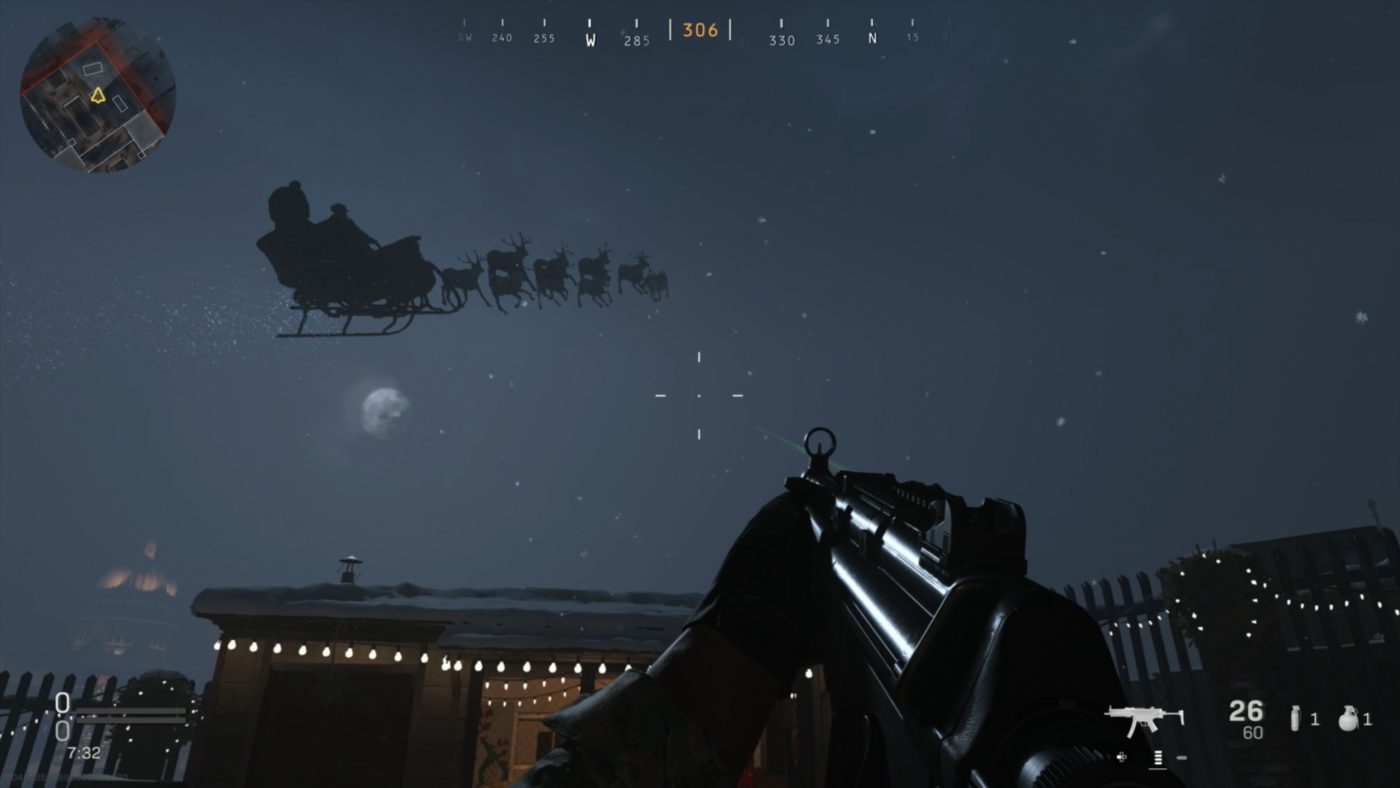 Note: You can skip to step 4 as step 1 to 3 aren’t mandatory to perform this Easter Egg, however we have included them to showcase how this was discovered and the backstory behind it.

The best part about this is, you can do this Modern Warfare Christmas Easter egg in private matches! So you can test it out yourself right this moment (just like we did), and see Riley ride up with Captain Price!

If we find any other Modern Warfare Easter eggs, we’ll let let our readers know.