Same as in previous seasons, players can expect a staggered release of new content during the entirety of the season. 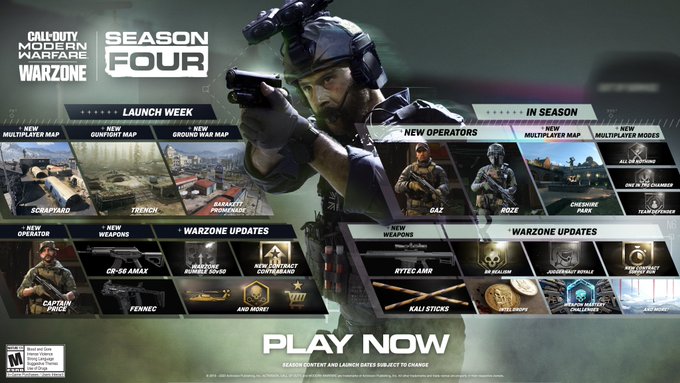 In addition to that, the Modern Warfare Season 4 trailer has been released, and it showcases Captain Price!

Aside from the new content, we’re expecting a few stealth changes were made to Modern Warfare multiplayer and/or Call of Duty: Warzone since this has been the norm for Infnity Ward ever since the game was released. Once we know of these undocumented changes, we’ll let our readers know ASAP.

Battlefield 4, 3, 1 and V Are Now Available on Steam