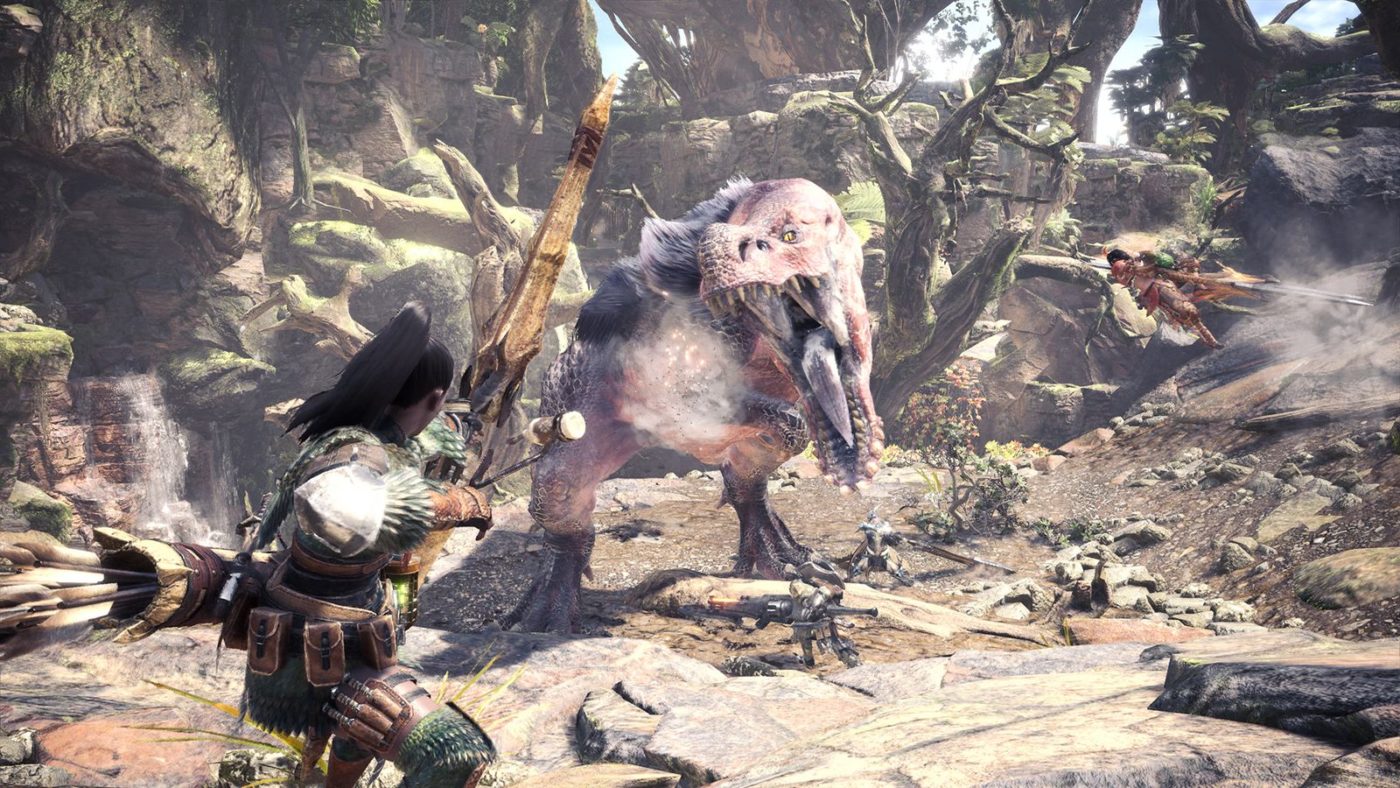 If you’re wondering what to expect from this action-adventure online game, here’s some of the important info.

The beta features three quests across two environments from the game. In the Ancient Forest, you can hunt a fierce yet beginner-friendly Great Jagras or as a more experienced player confront the mighty threat of an Anjanath. In the Wildspire Waste, a massive, dry expanse with swamplands, you can face off against the intermediate level mud-slinging Barroth.

In addition to an unquantifiable amount of fun, complete each quest and you’ll get some useful bonus items in the full game! Just make sure you use the same Sony Entertainment Network account for both the beta and the full game.

Each quest can be done solo or with up to three other players online, and you’ll be able to choose from 14 different weapon types based on your preferred play style, which you can now change during quests at camp. You can even try out each of them before heading out on a quest by visiting the series’ all-new Training Room, included in the beta! Potions and other supplies will be provided on quests during the beta, but you’ll have to fetch your own food and drinks outside the game for those long gameplay sessions.

And one final note – this beta is just a taste for what the quests will look and feel like in the full game. The beta features a game currently in development and some aspects about balance may be different from the full game, but the satisfaction of tracking and bringing down a giant monster you’ll find is all there.

Stay tuned to our Monster Hunter World beta impressions set to go up soon once we get enough time with the beta.