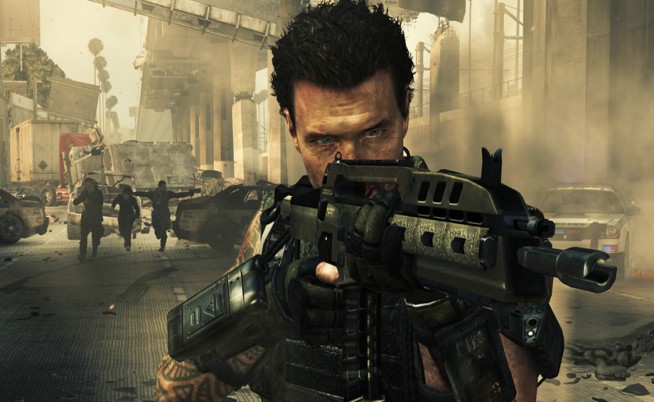 Update: As seen in this recent article, mitadesigns’s most recent leak has proven to be fake, meaning there’s a great chance all of his other leaks could be fake as well. Take caution.

Original Story: Ever after the recent Black Ops 2 reveal trailer, the leaks continue. We recently discovered that an older leak showing off some multiplayer screens may have, indeed, been real.

The most recent leak from YouTuber MitaDesigns is of the XM8 assault rifle in what looks to be Black Ops 2’s multiplayer due to the hud showing the team score at the bottom left-hand side. However, the map itself looks very un-Call of Duty-ish due to the lack of cover and boring layout. There is the chance that it could just be a shot of the character looking outside of the map’s boundaries.

Below are shots from the same user of what looks to be Black Ops 2’s menu.

Here you can see that there will supposedly be two Zombie game modes: Survival and Story.

Though these images look quite convincing, there is the matter of the actual Black Ops 2 logo at the bottom right-hand side. Comparing  it to the most recent, official Black Ops 2 logo (bottom), you’ll notice the K’s do not match. Additionally, the logo in the menu (top) is missing the trademark symbol.

The big question is: Are they real? Let’s hear your thoughts in the comments below!

Thanks, Mitch, for the tip!

Black Ops 2 Documentary Sets The Mood For A Dark Future