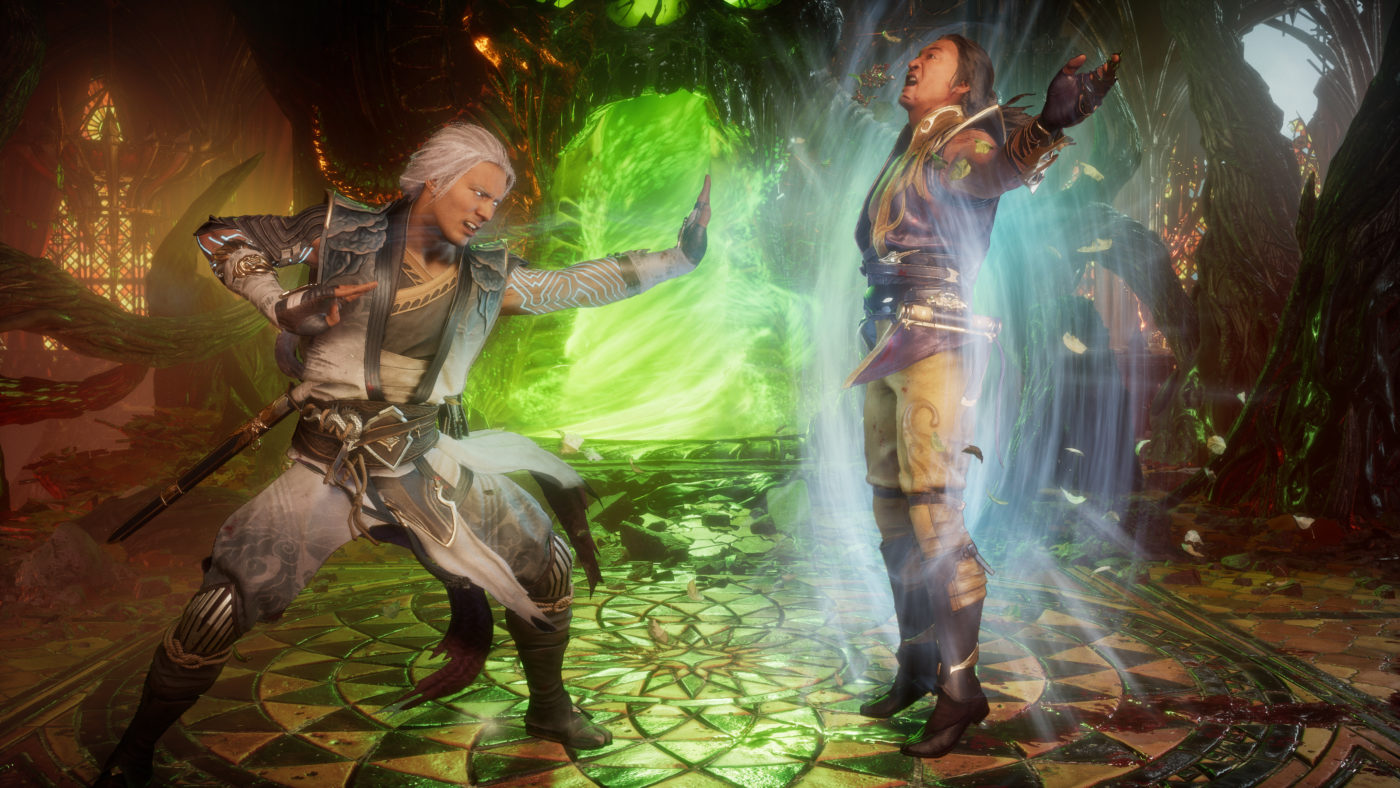 Just a few days ago, NetherRealm Studios announced the Aftermath expansion for Mortal Kombat 11 that included new fighters, stages and more. If you’re looking forward to Mortal Kombat 11 Aftermath gameplay, it seems we’ll be getting that early next week!

Over on Twitter, the official Mortal Kombat account answered a fan asking for more Mortal Kombat 11 Aftermath gameplay by saying “let’s do early next week?”

Sure. Let's do early next week? https://t.co/BMBpm0TdV0

Not only that, but we also got our first look at a new stage included in Aftermath called “Kronika’s Keep.”

In case you haven’t seen it yet, we also posted the Friendship finishers and the Aftermath cinematic this week, too.

If you want to know more about Aftermath, here’s the official DLC desccription via the press release sent earlier this week:

The epic saga continues in Mortal Kombat 11: Aftermath, as Fire God Liu Kang, the new keeper of time and protector of Earthrealm, must now enlist the help of unlikely allies and familiar foes to forge a new history as the fate of two worlds hang in the balance. Adding to the growing roster of playable fighters, the new expansion features the triumphant return of Fujin, the God of Wind who serves as Earthrealm’s protector alongside his brother Raiden, and Sheeva, the four-armed, half-human and half-dragon queen of the ancient Shokan race. RoboCop, the iconic, highly advanced cybernetic police officer will make his first appearance in the franchise, continuing the pedigree of popular Mortal Kombat guest fighters. RoboCop in Mortal Kombat 11: Aftermath features the voice and likeness of actor Peter Weller, who portrayed the popular character in both the original “RoboCop” (1987) film and “RoboCop 2” (1990) sequel. Mortal Kombat 11: Aftermath will also include three new character skin packs to be released over time.

Mortal Kombat 11 Aftermath will be out this May 26 on the PS4, Xbox One, Nintendo Switch, and PC.