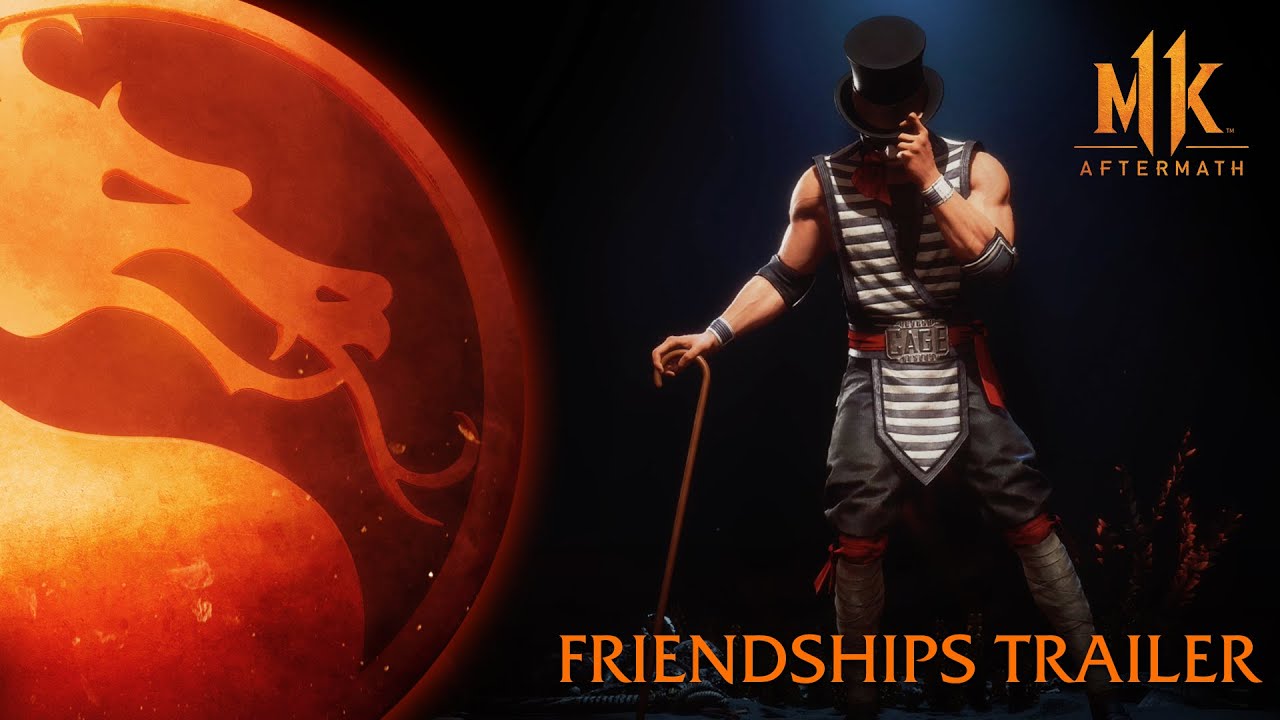 Warner Bros. Interactive Entertainment and NetherRealm Studios today released a new Mortal Kombat 11 trailer spotlighting the return of the popular 90’s Friendships feature allowing players to take down their opponents with a hint of kindess. The new video shows off various fighters performing their own lighthearted finishing move, from Jade bursting open a festive, candy-filled piñata with her staff and Liu Kang disco dancing on an illuminated LED floor, to Sindel toasting with a glass of wine and Jax treating players to a jazz saxophone session, along with plenty of other surpising Friendships for players to discover.

Grab your best friend and favorite teddy bear – it’s time to enjoy the new Friendships coming to the entire roster of Mortal Kombat 11!

All Mortal Kombat 11 players will have access to a free content update featuring new Stages, Stage Fatalities, and Friendships!

Mortal Kombat 11 Aftermath will be out on May 26. If you want to check out gameplay, we posted the official video featuring gameplay for RoboCop, Sheeva and Fujin right here. You can also check out some of the alternate RoboCop skins and Fujin’s gear here as well.