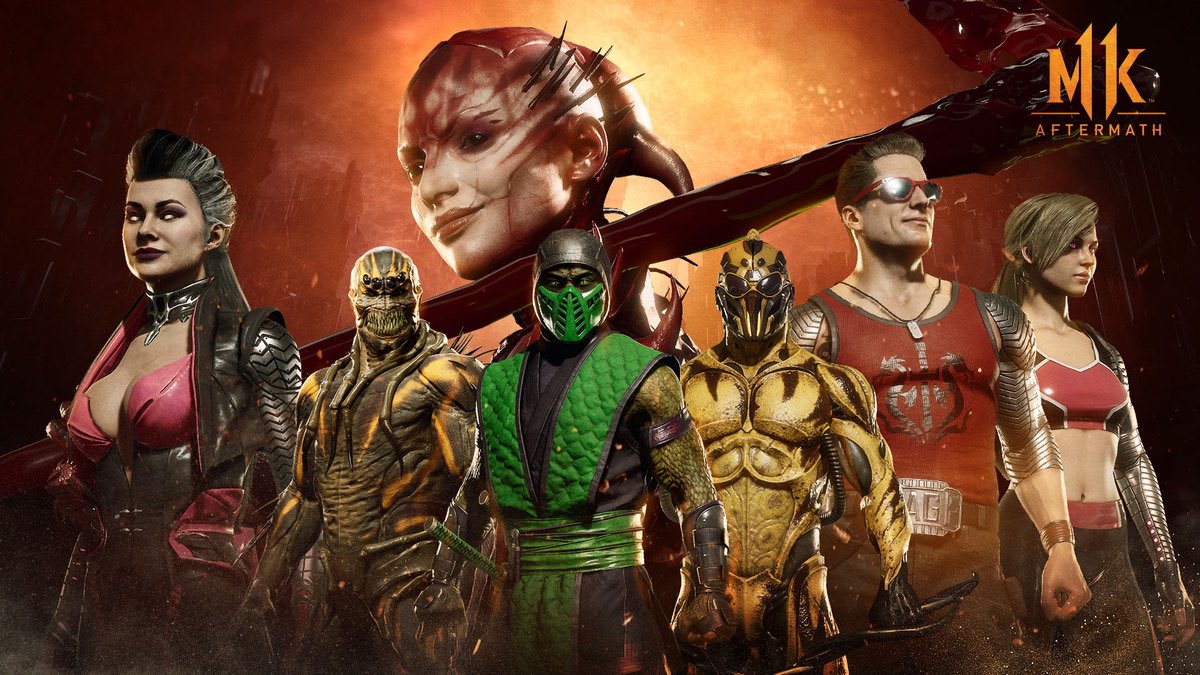 NetherRealms Studios has given us our first look at the Mortal Kombat 11 Klassic Femme skins along with new skins that will appear in future seasons.

Down below you’ll find what the newly added season 13 skins look like, along with whats coming on August 25 as part of the Mortal Kombat 11 Aftermath dlc.

Thought we’d give you a sneak peek at some skins coming to Kombat League over the next few seasons. Season 13 starts today! #MKAftermath pic.twitter.com/cr986Ese27

Like the tweet states, the seasonal skins will premier in future seasons. These skins will be available for everyone, as long as they participate and earn enough points to purchase them during the season they’re available in. As for the Klassic Femme Skin pack, this will become available on August 25 for owners of the Mortal Kombat 11 Aftermath expansion. It will be available as a separate purchase at a later date for non expansion owners.

Following Kronika’s defeat, Fire God Liu Kang and Raiden attempt to utilize the Hourglass to restore history, when they are interrupted by Shang Tsung, Fujin, and Nightwolf; all of whom Kronika imprisoned in the Void for refusing to join her until her death freed them. Shang Tsung elaborates that, due to Liu Kang destroying the Crown of Souls when he defeated Kronika, the Hourglass cannot be used to change history without destroying it. He convinces Liu Kang to send him, Fujin, and Nightwolf back in time to steal the Crown of Souls before Cetrion recovers it. Though Raiden is distrustful of Shang Tsung’s motives, Liu Kang agrees and sends them back, staying behind to protect the Hourglass.

What do you guys think of the upcoming Mortal Kombat 11 skins? Excited for those seasonal rewards? What about the Klassic female ninja pack? Lets us know down below! Also, if you are interested in reading our thoughts on the recent expansion, be sure to read our official review here: MP1st’s Review of Mortal Kombat 11 Aftermath.