Found at the end of the Kombat Pack 2 trailer of Facebook (has since been removed/edited), it seems that NetherRealms Studios is planning to launch a Kollector’s Edition for Mortal Kombat 11 Ultimate. Details and an image can be found below concerning the content of the package. 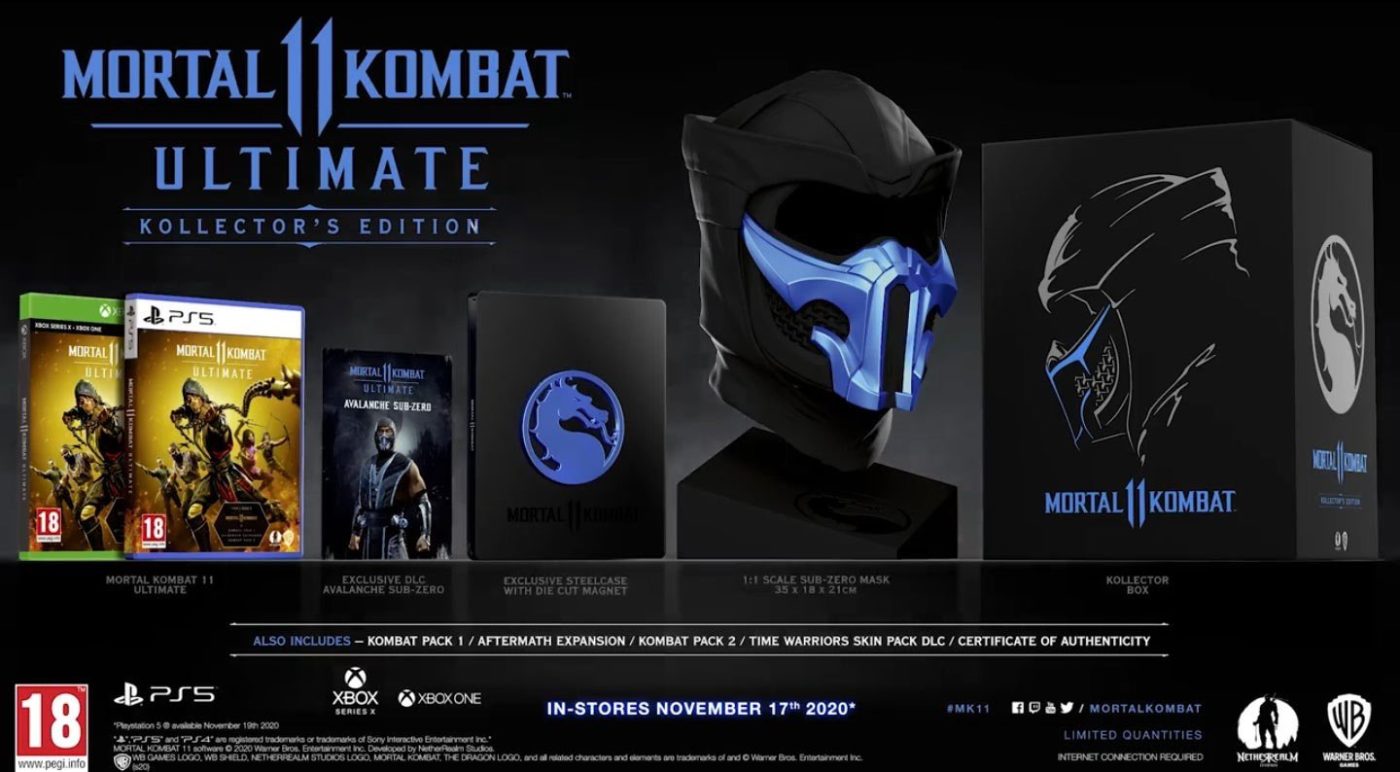 Since this was removed and isn’t mentioned in any of the press material or even the official Mortal Kombat 11 website, treat this as  a rumor just in case it’s no longer being released. If we were to take a guess as to why it was removed, judging from the image above it lists the physical edition coming out on November 17.

As mentioned in our Mortal Kombat 11 next-gen features article, the physical versions for the PS4 and PS5 won’t be due until January 2021. We suspect the removal was so that they can possibly fix the date, or it was just simply because they weren’t suppose to announce it this early.

We reached out to publisher Warner Bros. for a statement regarding this, and we’ll update the post if we hear back.