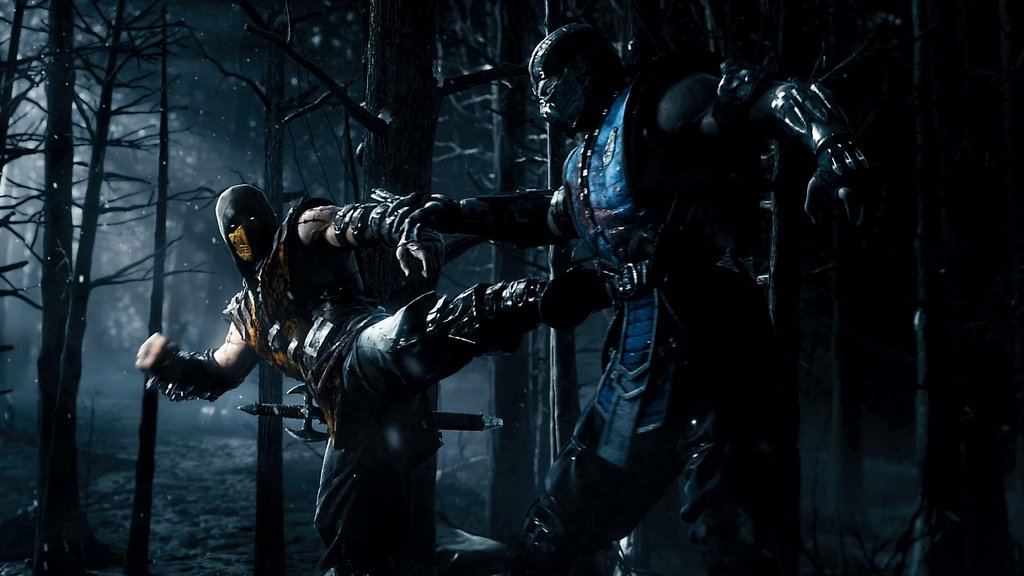 Mortal Kombat X’s gameplay reveal at Sony’s E3 2014 press conference was everything we wanted and more. But did you see everything it had to offer?

There’s a ton of information that you might have missed during the brutal two-minute brawl between Scorpion, Sub-Zero, and other Mortal Kombat characters. Let’s see what we can find.

First up, we get a look at D’Vorah, Torr and Ferra the two new characters Mortal Kombat co-creator Ed Boon promised we would see this week‏: 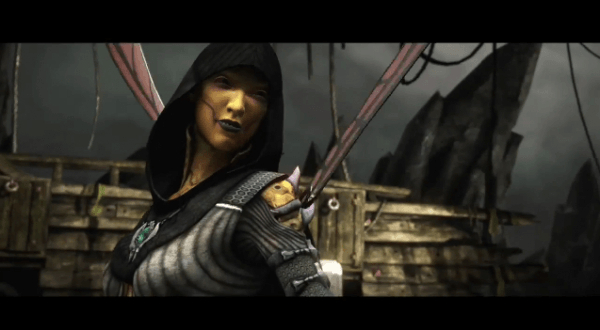 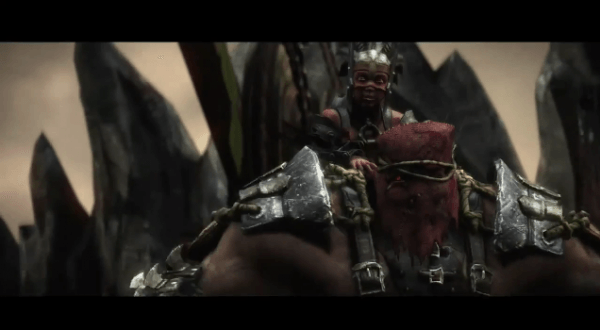 Panning back to the always brutal Scorpion and Sub-Zero bouts, we see that these color palette swapped ninjas have tons of new tricks up their sleeves as, throughout the video, we see a few of their new moves: 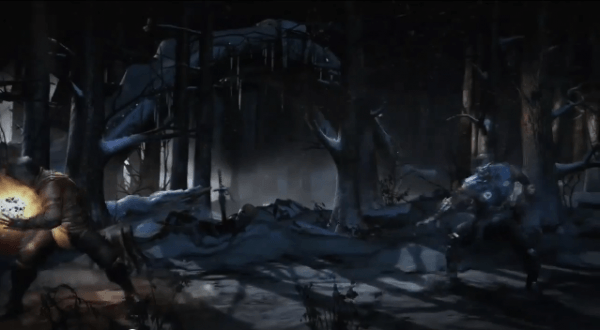 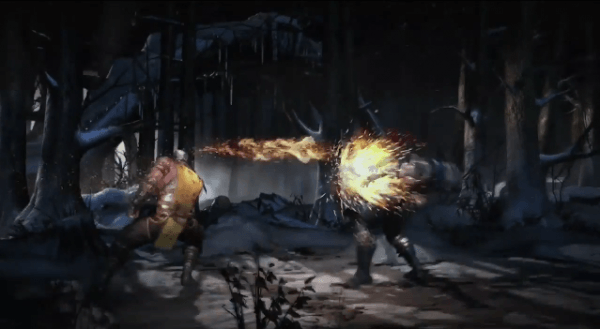 From the looks of it, Scorpion has added a pretty big sized fireball to his list of moves. However, the hellspawn spectre isn’t the only one showcasing his new moves, as Sub-Zero gives Scorpion a taste of what he has up sleeves: 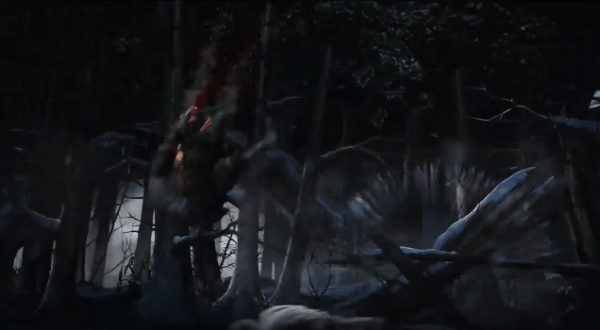 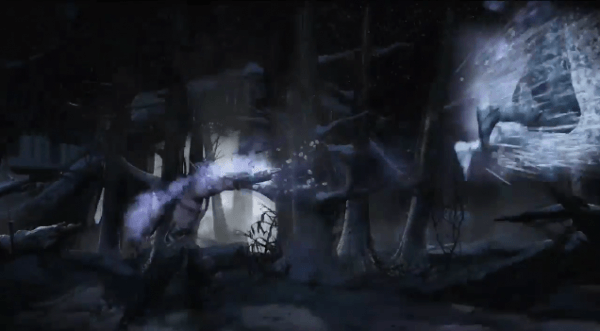 Although the first screen is hard to tell what’s going on, it confirms that meter burn moves from Injustice: Gods Among Us are back. Sub-Zero performs a meter burn version of his classic ice slide move which ends with a projectile.

Speaking of classic moves, one of Sub-Zero’s greatest defensive tools also turns into one of his best offensive moves as he’s now able to throw his ice clone at his opponents: 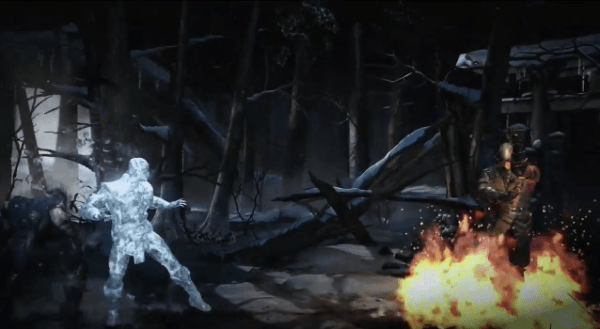 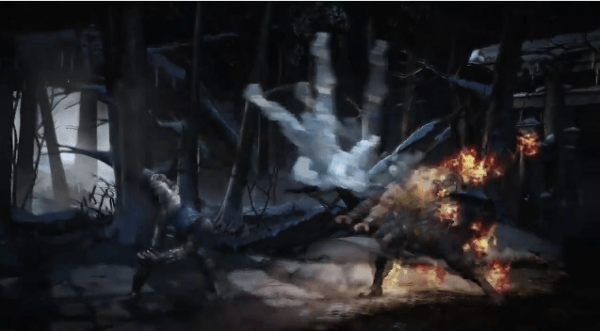 Before I continue, remember the short description of the game that revealed that each character will have different versions that are capable of different fighting styles? It looks like Scorpion’s first style focuses on hell fire attack,s such as the new meaty fireball he gets to throw.

As for the other two, it appears one will focus on his ninja swords, while his other one focuses on making his opponents stationery: 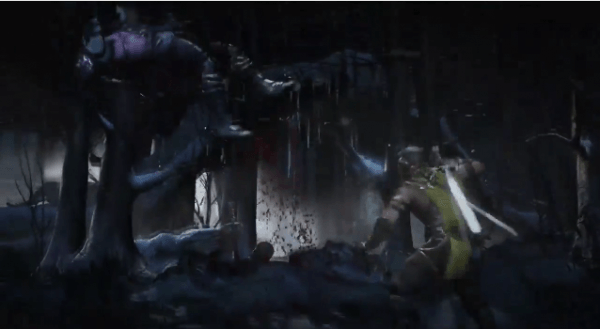 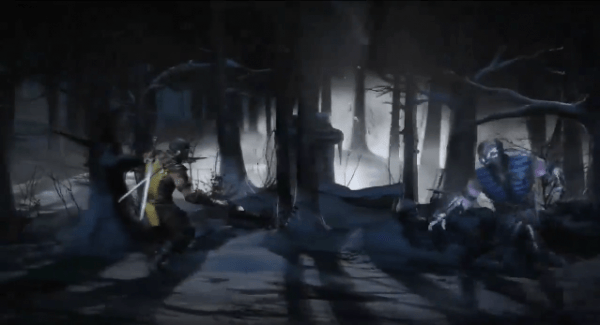 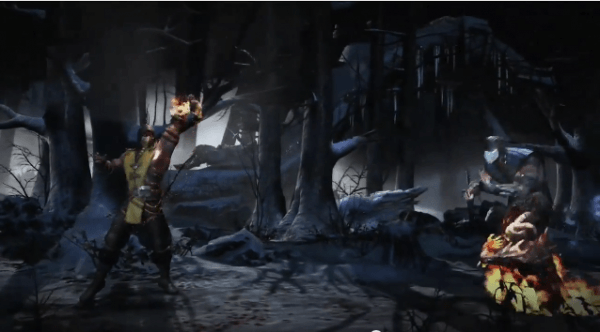 NetherRealm Studios has also included a small hint as to which variant players are using, as we can tell with both the lighter hue of blue in Sub-Zero’s mask and the skull on Scorpion’s hip: 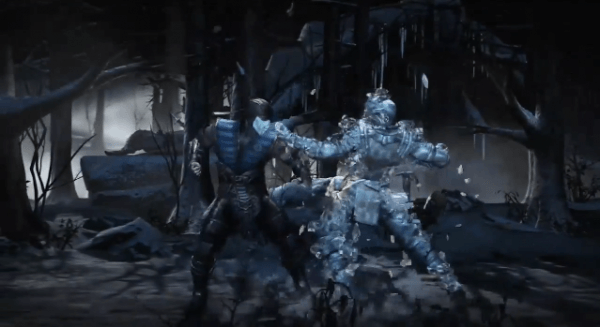 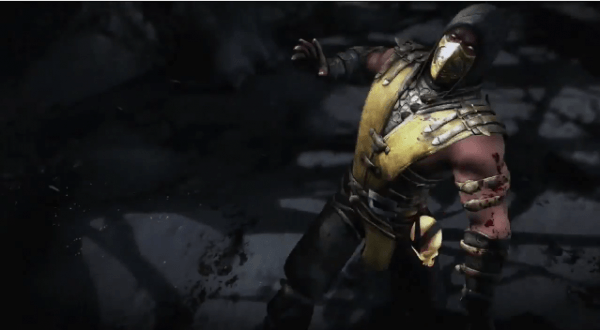 It isn’t clear what the other variation of Sub-Zero will specialize in, but considering his normal version is very offensive (throw his ice clone), it’s pretty safe to say that this one will be more for defensive purposes.

The gameplay footage then switches back to our two new kombatants where we see a male fighter use his little companion as a weapon multiple times and even uses him during his meter burn version of his shoulder tackle: 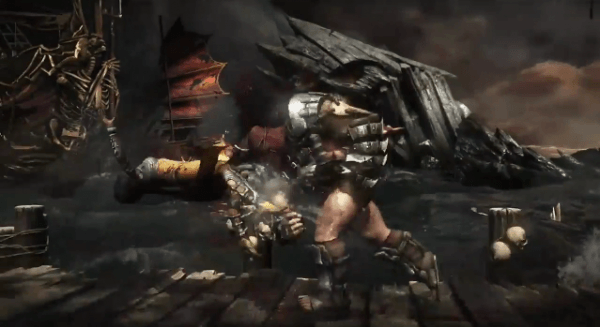 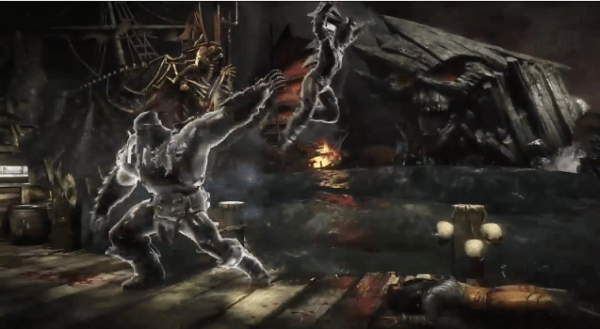 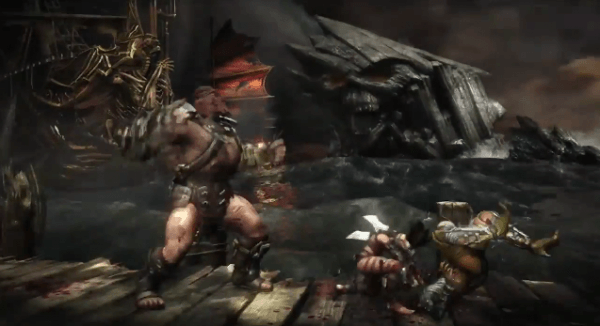 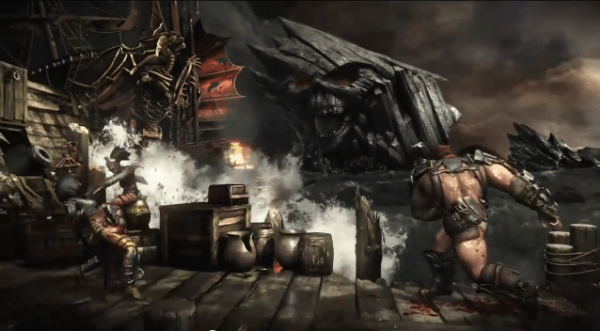 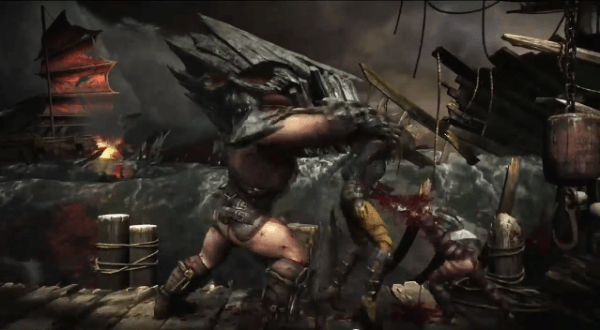 Ferra, the little companion to Torrr seems to be an important part to his arsenal.

As the two new fighters continue their brawl, we see D’Vorah‏ use a wooden stump once it’s highlighted white to her advantage . That means that she will play like a “gadget” character from Injustice: Gods Among Us, meaning she won’t be able to throw heavy objects, but instead, will bounce off of them to escape any harm: 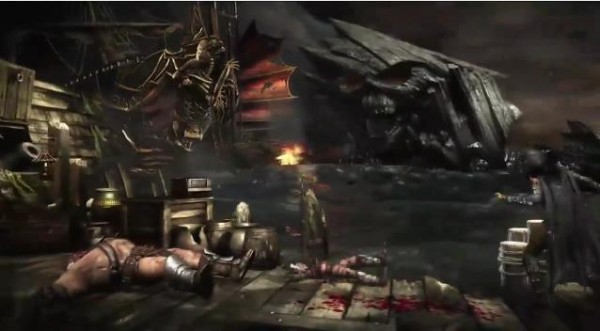 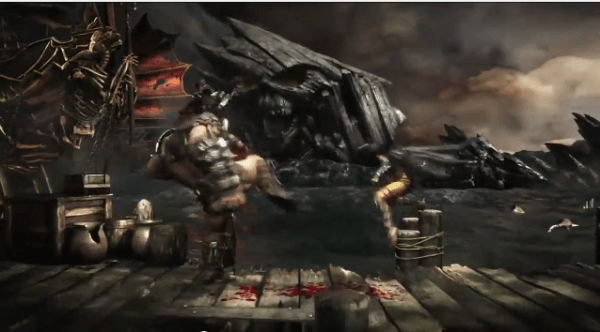 Not much is shown on what this mysterious fighter is capable of, aside from being able to perform an air throw and attack her opponents with gigantic insect legs: 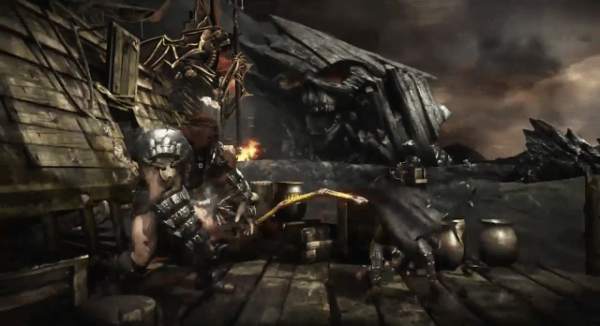 Remember in the announcement trailer when Sub-Zero ripped out a tree branch and froze it to use it as a weapon against Scorpion? Looks like it’s an actual thing, and depending on which character to play as, it will be used differently: 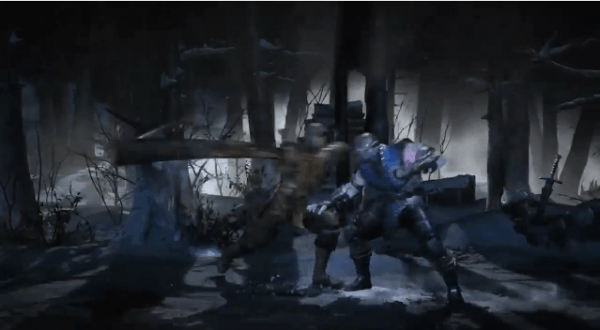 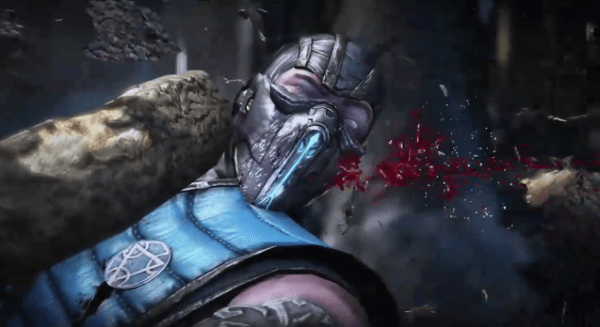 Interactive items also appear randomly throughout the stage, as seen between the fight of the two new characters: 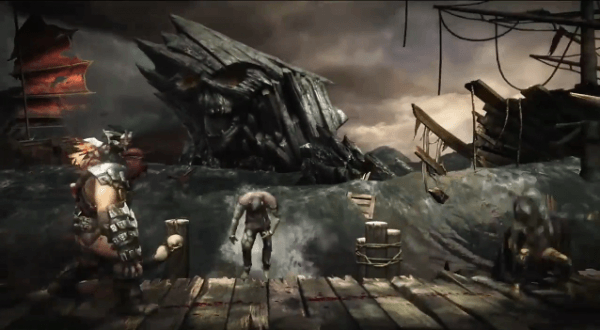 During the end of the video, NetherRealm Studios gives us a glimpse of some of the fighter’s X-Ray moves such as Scorpion’s: 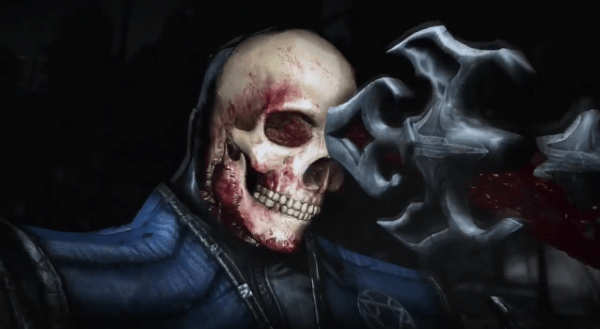 Finally, NetherRealm Studios has left us a pretty pleasant surprise in the form of a blood thirsty Aztec warrior: 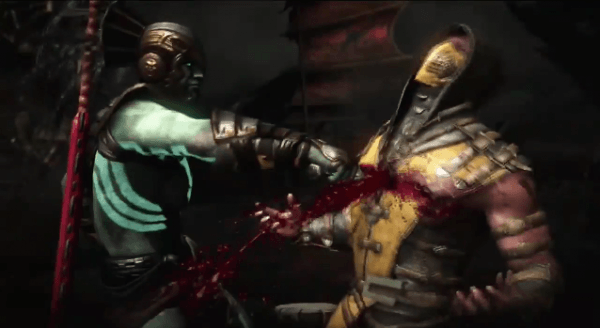 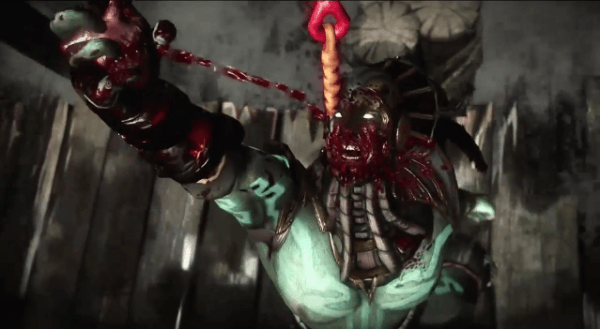 Not included in the trailer are some interesting tid-bits of information that Mortal Kombat co-creator shared on Twitter:

RT @EyEyazz: @noobde Thank You for the Gameplay Trailer!, can we expect to see Kombat Racing make a comeback from Armageddon? EB: Not likely

RT @XsinisterX616: @noobde Was the Gameplay on Next gen?? EB: Gameplay was on PS4!

RT @Jerseymatt88: @noobde Are we getting anymore gameplay or character reveals during E3? EB: YUP!

As for those who are not happy about interactive items return, there’s some good news:

If you worry about interactables just hold block. That should work.

Mortal Kombat X is set to release sometime in the year 2015 for the PC, PlayStation 3, PlayStation 4, Xbox 360 and Xbox One platforms.