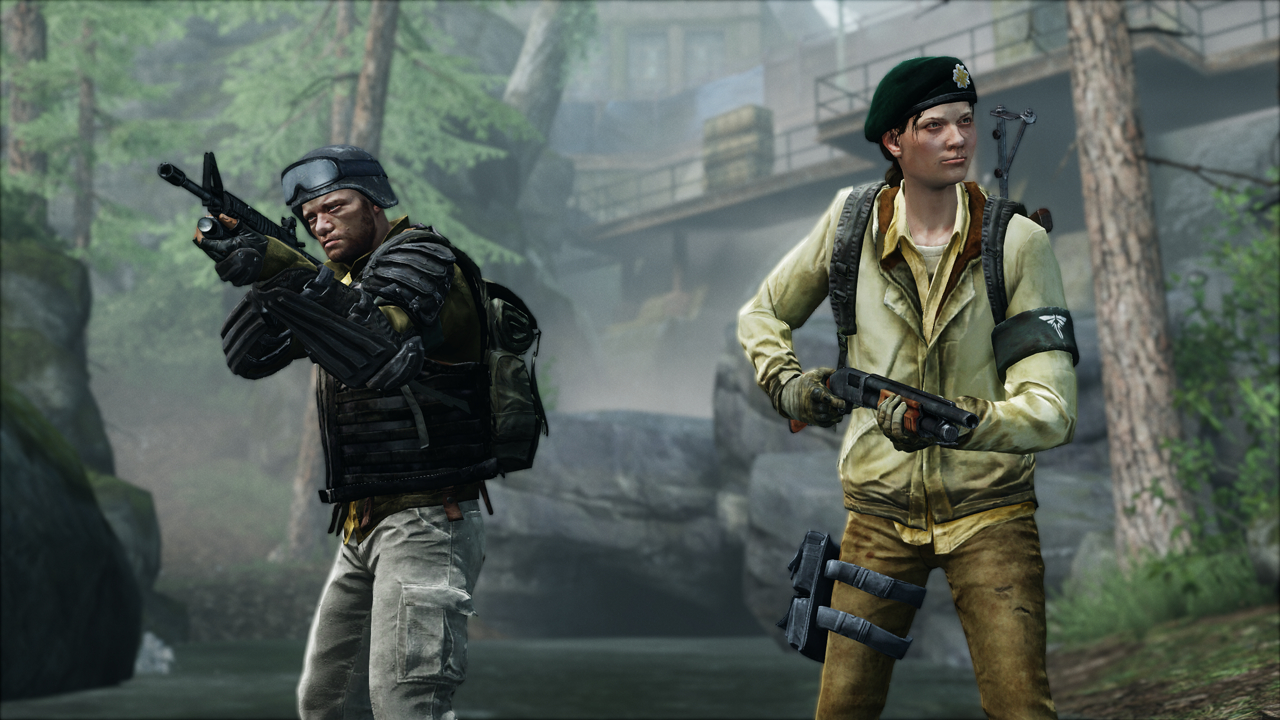 Along with a visually retouched story mode, The Last of Us: Remastered Edition is also getting a few upgrades in the multiplayer department with its next-gen release on the PlayStation 4 this July 29.

Naughty Dog lead multiplayer designer Erin Daly and game designer Quintin Cobb touched on what’s new in TLOU’s Factions multiplayer mode in a recent PS Blog entry, the most notable being a two times upgrade in frame rate and a boost in resolution.

In addition, the studio has also made a few tweaks to gameplay, loadouts, Trophies, and playlists. The duo also mentioned that more details on additional Factions DLC will be announced following the Remastered Edition’s release, so definitely stay tuned of you’re looking forward to more content.

Fans anxious to get a good look at the Remastered gameplay will be able to do so through Naughty Dog’s upcoming live stream on July 24 at 11:30 AM Pacific and 5:30 PM Pacific. Keep an eye on their official channel right here.

Here are a few of the important points to note from the recent Q&A with Daly and Cobb:

Q: What are the new features for Factions in The Last of Us Remastered?

Erin Daly: Well, first off we are running the game at 1080p and targeting 60 fps. The power of PS4 and some of our talented engineers were able to significantly improve the load times.

Quentin Cobb: On the gameplay side we made some important tweaks. The DLC map Trophies now require five downs or executions and deaths don’t matter. We added eighteen new tips for new players.

If you’re a new player you’ll start with 9 loadout points instead of 8. You’ll reach the max of 13 loadout points sooner as a result. All fifteen of our maps are in each playlist so the player pool will be consolidated. This means faster matchmaking and that you will have a greater variety of maps in each playlist! There’s a lot of great new stuff.

Q: What’s your absolute favorite new feature in Factions in the Remastered edition?

Quentin Cobb: Playing with the higher fps is by far my favorite feature. This improves gameplay dramatically and makes shooting much more precise. I find that gameplay in general is much more responsive and accurate.

Erin Daly: Yeah, agreed. Playing Factions running with higher fps is awesome. Everything feels much tighter and more precise, especially when it comes to gunplay. Players are really going to like it.

Q: I love getting Trophies. Will I be able to collect any new Trophies in the Remastered edition for Factions?

Quentin Cobb: Remastered will include all DLC Trophies along with the original game Trophies. No new Trophies were added but 8 of them were changed to be easier to earn.

Q: Will my The Last of Us Season Pass DLC content carry over?

Erin Daly: Yes, any weapons, survival skills, head items you have purchased on PS3 will carry over. You just need to go into your download list on PS4 and re-download them.

Q: Will we be seeing anymore DLC for Factions?

Erin Daly: Remember those head items some of our more eagle eye forums members caught a glimpse of? We made it work and those will be coming out.

Quentin Cobb: Well… yes, we’re also currently hard at work finishing up some cool new DLC for Factions. We’ll talk about it more after The Last of Us Remastered launches on July 29th.