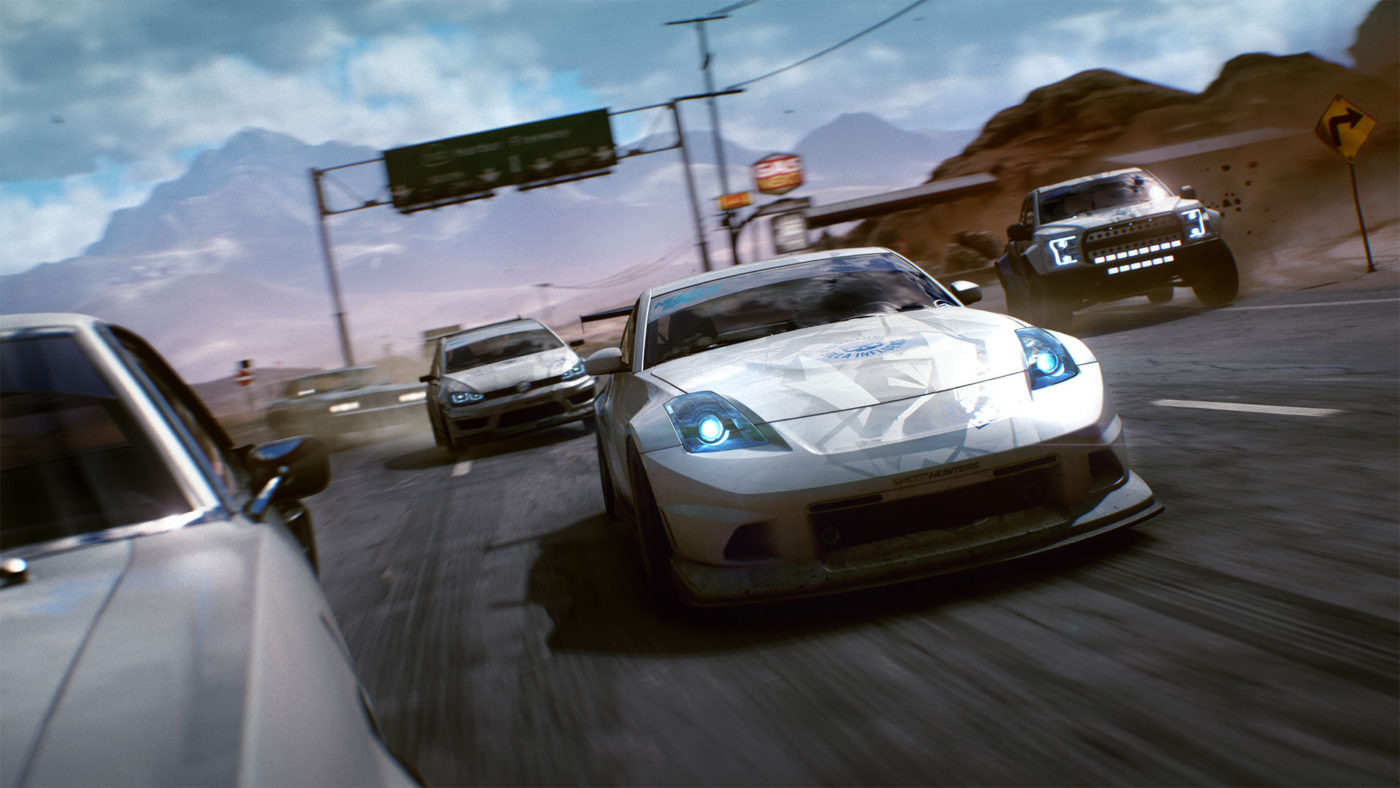 Ghost Games has released a new Need for Speed Payback update, which is out now! Clocking in at 5.6GB on the PlayStation 4 version, this title update brings in new activities, cars, and more.

First up, check out the new cars and how the “Bait Crates” system has been tweaked.

Drift Zones, Speed Runs, Speed Traps and Jumps are coming to AllDrive. Head out into Fortune Valley and put your car sideways, grab some big air and do it all with your friends alongside you.

You’re invited to take part in a series of brand new events in Fortune Valley. Prove you’re the best driver around and win the Castrol Edge Titanium Trial. These new events appear automatically on your in-game map and will be visible to all players who have completed chapter two. Simply look out for the event icons in Silver Canyon, Liberty Desert and Mount Providence.

Be a bandit in the Pontiac Firebird, also known as the “Blackbird”. Leave the cops in a cloud of smoke in this iconic car and ultimately customize it into a one of a kind Super Build.

The Pontiac Firebird is available as a stand-alone purchase.

Add a touch of British luxury to your garage, in the form of the Aston Martin DB5. Drive faster than a thunderball in this absolute classic, regarded by many as the most beautiful Aston Martin ever produced. However, this one comes with a license to Super Build.

The Aston Martin DB5 is available as a stand-alone purchase.

This is the first car that will be making the jump from level 299 to 399. We’re looking forward to hearing your feedback on this as it will shape the future of increasing the limit of further cars.

We know that a more open cop experience is important to our community and you will have no doubt noticed that the Abandoned Car system experiments with this. Due to the ongoing feedback we’ve received and the in-game telemetry from Abandoned Cars we’ve made the decision to remove all checkpoints from the Bait Crates system. The end point will remain in place but how you get there is entirely up to you.

In addition to the checkpoint removal we have increased the spawn rate, and Bait Crates will now appear in greater frequency across Fortune Valley.

Not interested in that and just want to know the bug fixes and tweaks? Here you go!

Don’t forget, another update due later this year will add free roam to the racing game.