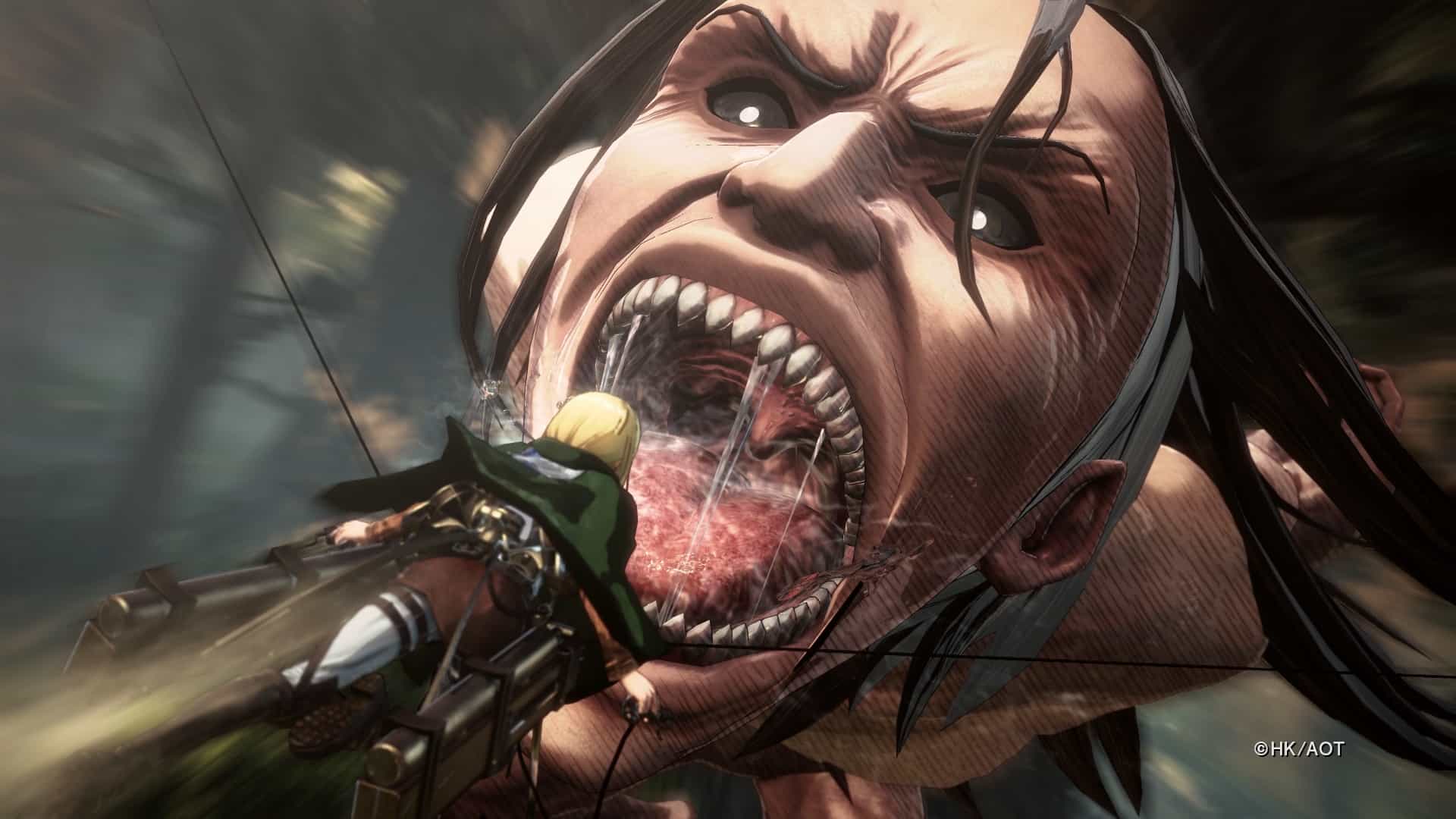 A new Attack on Titan 2 update has been rolled out, implementing the new Destruction mode to the game. This mode features six players fighting each other for the top score. Players will be able to disrupt their enemies to stop them getting points.

Here’s what you need to know about the Attack on Titan 2 online mode:

Compete for points by beating as many titans as possible within the alotted time. Severing arms and legs first before killing the titan will net more points.

Players can choose from the ten Ability Types that will determine their stats, skills, and items. Some examples of these types are Throwing type, which carries Molotov cocktails and can throw discarded blades, and Surprise type which can aim for kill-stealing titans whose body parts had been severed by others.

This mode will have items that impede opponent progress such as Stun and Paint grenades, but there will be also items available to prevent them.

Enemy titans from the original work, including the likes of Female Titan and Armored Titan, will also appear. They have very high abilities and cannot be fought with half-baked strategies, but those who can kill them will be rewarded a lot of points.

At the last minute of the match, the points obtained will be doubled. Players can make use of this feature to make a comeback.

Will you be playing the new Destruction mode? Let us know.