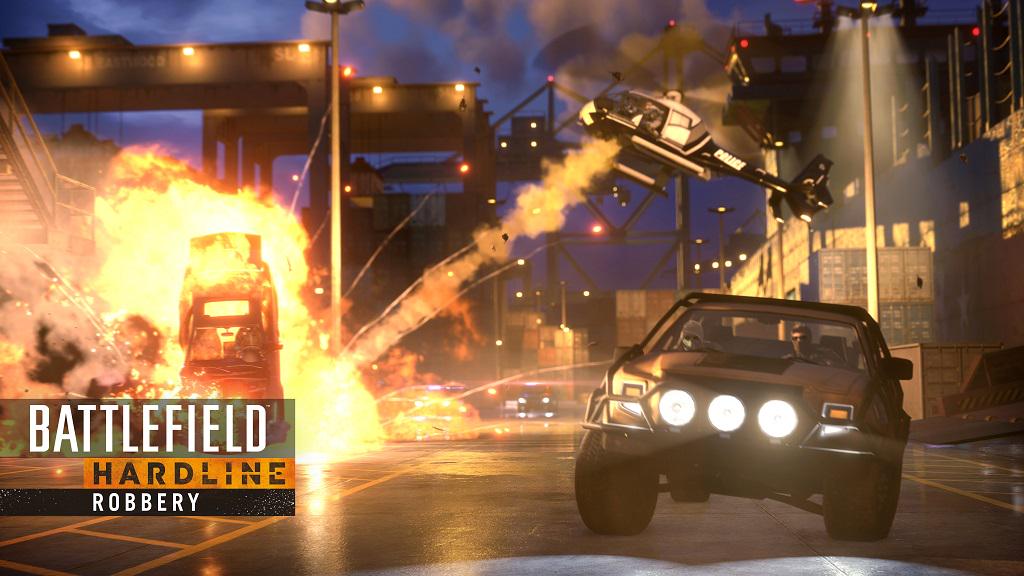 Visceral Games is giving Battlefield Hardline fans a first look at The Docks, a new map set in the Oakland Port, one of four launching with Hardline’s Robbery DLC next month.

“This night map offers a generous mix of open outdoor space and claustrophobic interiors,” writes Visceral in a recent blog update. “Scale to great heights and snipe from atop a crane, or hijack a scout helicopter and rain down justice from above. Makeshift towers of cargo crates give infantry plenty of places to hide, but beware – they can be toppled and reduced to a twisted mess of metal and debris with one carefully placed bullet. New pathways are created each time a container falls, which will keep both factions on their toes as they attempt to make (or break) the big score aboard the Nebuchadnezzar.”

The new map supports all game modes, but in the new Squad Heist mode, the action will take place inside the cavernous ship. Here’s a fly-through of the map, courtesy of Visceral Games.