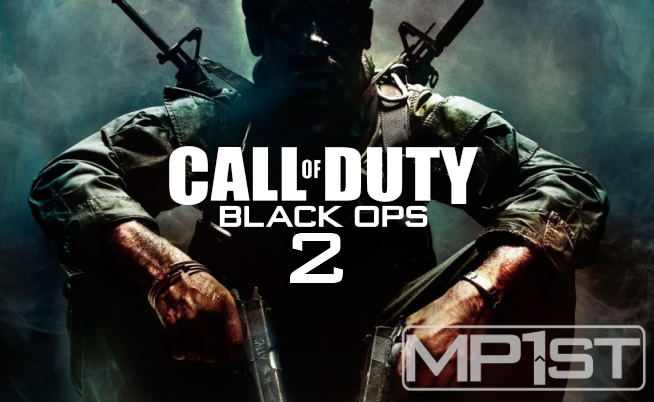 Yesterday, it was noticed that Treyarch and Activision had begun their marketing campaign for their next Call of Duty title. Posters such as this one, containing a potential announcement date, began appearing in various GameStop locations. It also suggested the importance of the word “Eclipse” which, thanks to the help of some YouTubers, led us to believe that the next CoD will be releasing on November the 13th, 2012, a day in which a total solar eclipse will take place and also a day which happens to be the second Tuesday of the month, a day that CoD titles typically release.

Thanks to a brand new poster that has appeared on the PSPKing forums from an “unnamed source,” it seems that November the 13th will, indeed, be the release date of Call of Duty: Black Ops 2, if it is to be believed. Check it out for yourself and let us know what you think in the comments below!

Update: A phrase in the description underneath the image in the forum post reads (translated): “results from the necessary editing of the original photo.” This suggests that the image could, indeed, be fake. However, we’ve yet to hear any further info about the “leaked” multiplayer details. 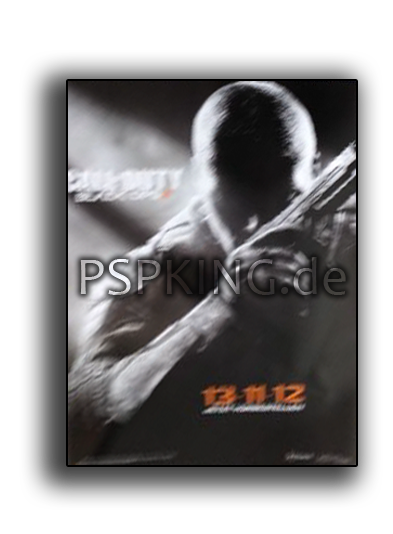 It’s unclear what is said underneath the date, 13.11.12, which reads in a European format. The Black Ops 2 logo looks typical and unvaried from the font and style of the original Black Ops other than the “2” being orange.

Escort ~ A game mode in which you escort a player across three flags to achieve victory. The enemy team killing the player will result in a win for their side.

Split Spawn ~ A game mode in which you spawn from a hellicopter, and climb down to get to the ground. The player starts with 3 lives. One player can control the chopper to let you climb down in different areas, as well as shoot from the chopper. If the chopper is destroyed, players can no longer spawn. Players compete for a central flag that takes 2x as long to capture than a regular domination flag. Either the death of all opposing players or the capturing of the flag will grant you a win. This game has 2 rounds.

Equalizer ~ A game mode in which players are switched to the enemy team upon death. Players will compete for a flag, which when owned, open up a power plant to allow the player to customize their class in game, get new weapons, and put on a juggernaut suit for their team only.When there are 2 players left on a team, they are granted with the power plant automatically, and pointstreaks up to a 5 point requirement can also be obtained. If either of the two players die, they will remain on their own team. The team with the most converts (kills) at the end will win. If tied, whoever is currently owning the power plant will win.

-Perks- (Only new and modified!) (Perk slot not yet defined!)

To clarify what elite is, it is a side-pro perk you can choose when leveling up the base perk. These elite perks ONLY work if paired with another BASE perk.

1. Spy – Appear as a friend on the map. (Disadvantage is, you’re always spotted even without a UAV, and when shooting, you turn red on the map)
b. Pro – Detect enemy spies. They will still always be spotted on the radar.
c. Elite – If Pilot is active, your airship will be marked as an ally.

2. Escape Artist – When going prone, you feign death (You cannot shoot during)
b. Pro – When approaching death, the enemies crosshairs will turn to white, and your name will dissapear.
c. Elite – if Diver is active – You realistically fall into your feign death instead of diving.

3. Audiophile – Players with silenced weapons will show on your radar if they are shooting at you or close around you.
b. Pro – Footsteps are louder
c. Elite – If bladesman is active – kniving will show up on the radar

Side note: Earlier, Treyarch Developer David Vonderhaar did mention that the next Call of Duty would not include regenerative health perks.

6. Diver – You can dive into cover (A.K.A. Dolphin Dive) – and while diving you can still shoot, however when you land it takes awhile to regain focus.
b. Pro – You crawl 2x faster
c. Elite – With Extreme conditioning active – You can sprint while crawling to crawl faster (3x) instead of getting up.

8. Technician – Any land killstreak’s kills will count towards your next killstreak.
b. Pro – Your Advnaced UAVS will disable the enemies UAV
c. Elite – If defuser is active, your sentries cannot be taken down instantly.

9. Bladesman – You have 2 knives in each hand instead of just one in one hand. (This essentially makes knives kill twice as fast.)
b. Pro – You have a chance of dodging the incoming players knife.
c. Elite – If assasin is active – kniving will be completely silent and not show on the killfeed, unless countered by audiophile elite.

10. Conciousness – While standing, you are just as accurate as when you are prone
b. Pro – Your bullets cause more flinching.
c. Elite – If marksman is active – shooting your enemy will mark him on the mini map.

-Guns- (More than EVER!!) (These are the ones announced or finished so far)