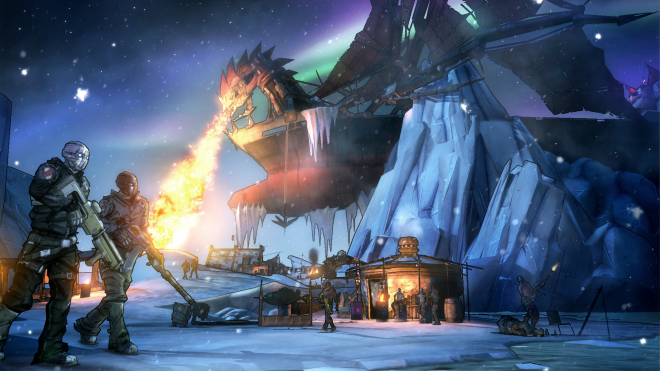 A new update for Borderlands 2 is now available for the PlayStation 3 which fixes the “unable to enumerate additional content offerings” bug – usually occuring when trying to access the in-game store.

Additionally, this update fixes a few bugs. Check out the patch notes below:

Those who are waiting for a fix or have been trying to figure out what the requirements are for getting the Assault On Dragon Keep skins and heads will have to wait a little longer, as Chris F. stated that Gearbox will be doing something different to make them available in the future. Also, the folks at Gearbox are going to be resolving the issue where trying to access your quest log on the PC version after completing x amount of missions on Assault On Dragon’s keep will crash your Borderlands 2 game every time. It will be apart of the next PC update.

At the moment, there’s no time frame on when the PC and Xbox 360 is expected to receive the same update, but when more information becomes available, we will be sure to update you guys.

The latest patch has now made its way to the PC version of Borderlands 2. Check out the patch notes here.