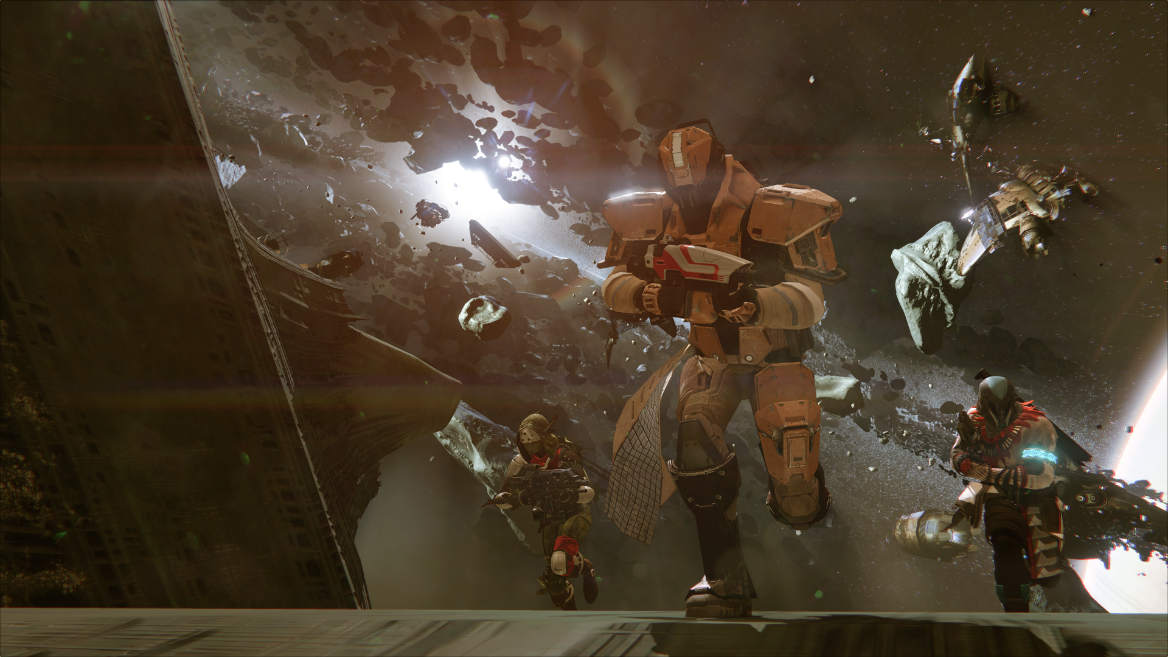 Celebrating Gamescom 2015, Bungie and Activision debuted a brand new trailer for Destiny and its upcoming expansion, The Taken King, giving fans a taste of the coming war between Oryx’s army and the Guardians of Earth.

Interestingly, the new trailer lays off the gameplay just a tad in favor of more cutscenes, including some pretty epic-looking space battles, which isn’t something we’ve seen a whole lot of thus far. You can catch it above.