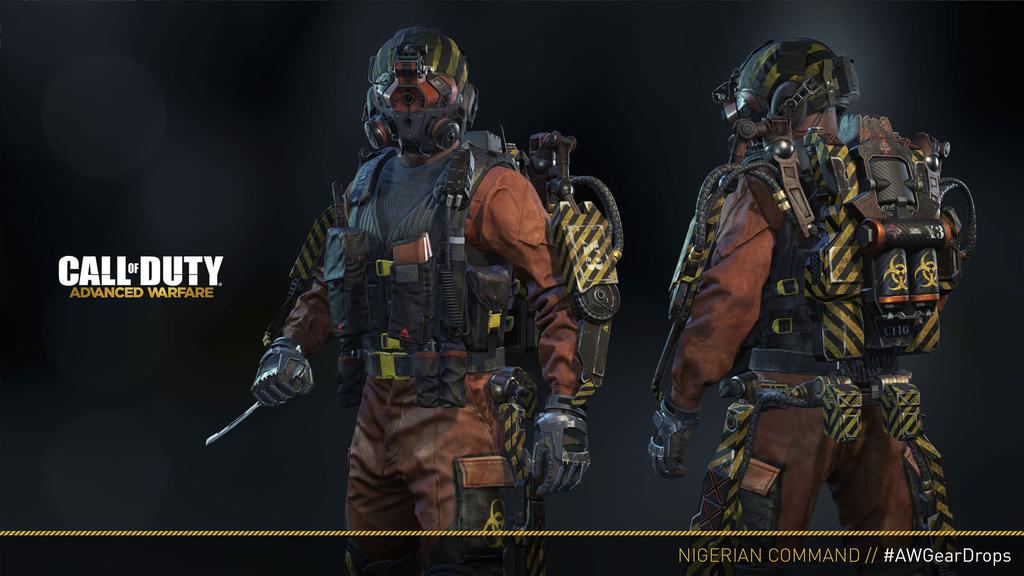 New Free Gear Is Now Available For Your Operator In Call of Duty: Advanced Warfare

As a “thank you” for picking up and playing Call of Duty: Advanced Warfare during its first few weeks of launch, developer Sledgehammer Games is offering players on all platforms a small gift.

Anyone logging in between today, November 26, and this Monday, December 1 at 9AM PDT, will get a chance to earn the Nigerian Command loadout for their Advanced Warfare Operator through Supply Drops, so you’ll have to do some playing to get the free stuff. Here’s what the full set looks like, in case you’re wondering: 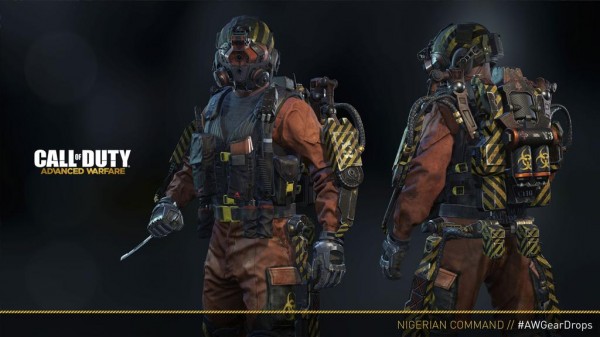 You’ll get the notification shortly after logging in to Advanced Warfare’s online multiplayer.