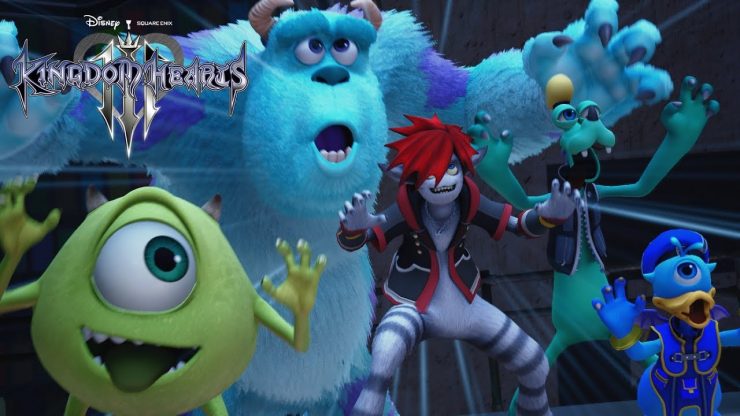 In case you didn’t know, there’s the Disney D23 event that took place in Tokyo, Japan, this weekend. One of the highlights (at least for gamers anyway) is the debut of a new Kingdom Hearts III trailer that reveals a few things.

Chief among the stuff confirmed by Square Enix in the new video is the inclusion of the Monsters Inc. world in KHIII! Check out the trailer below to see new footage of KHIII (it’s in Japanese).

We see Sully, Boo and Mike appear at around the 1:10 mark, and best of all, Sora, Goofy and Donald all transform into Monsters Inc. characters. After that, the trailer whisks us away to different parts of the game, which include a look at Rapunzel and the Tangled world, Ariel from The Little Mermaid makes an appearance too.

Further details regarding KHIII was shared, such as Gummi Ship segments coming back and being split into two phases (exploration and combat phase). According to Square Enix, everyone in the Osaka studio is working on KHIII, with 100 people from the company’s Tokyo studio also helping out.

Will we finally see Kingdom Hearts III later this year? Square Enix hasn’t delayed it (yet), though there’s still no definite release date other than “2018.”