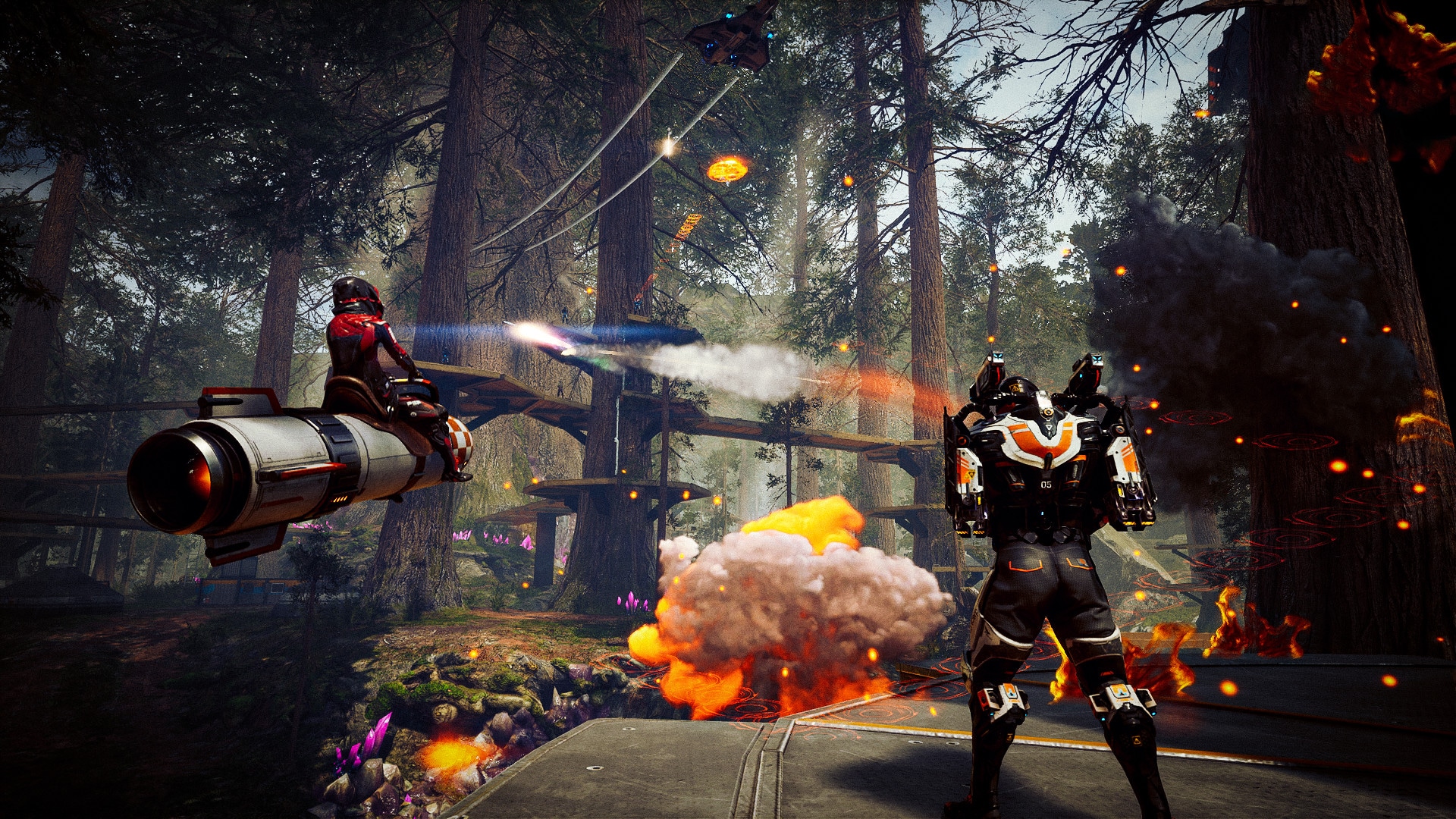 Blue Isle Studios has just announced a new multiplayer shooter titled LEAP with a gameplay trailer, alongside the announcement for the game’s first closed beta test later this month. LEAP, a fast-paced, multiplayer first-person shooter featuring epic battles with up to 60 players, each armed to the teeth, will be releasing on PC via Steam Early Access, and you can check out the gameplay trailer and other details below.

Here’s a rundown of LEAP as per the official press release:

In LEAP, players will select from four unique classes, each delivering a unique balance of power, agility and defense as well as epic abilities that bring shock and awe onto their foes. Call in orbital strikes, set up automated turrets, or control guided cruise missiles as each exosuit is armed to the teeth. Large-scale combat takes place on a variety of stages and skilled mercenaries use jetpacks, grappling hooks and highly distinctive Personal Vehicles to close the distance on control points and active firefights. Nothing is more menacing than a LEAP mercenary saddled on a mechanical moose galloping at full speed.

The closed beta test for LEAP is happening on January 19, and interested players can sign up for the test here. LEAP will be releasing on PC via Steam, with no other platforms announced at the moment.