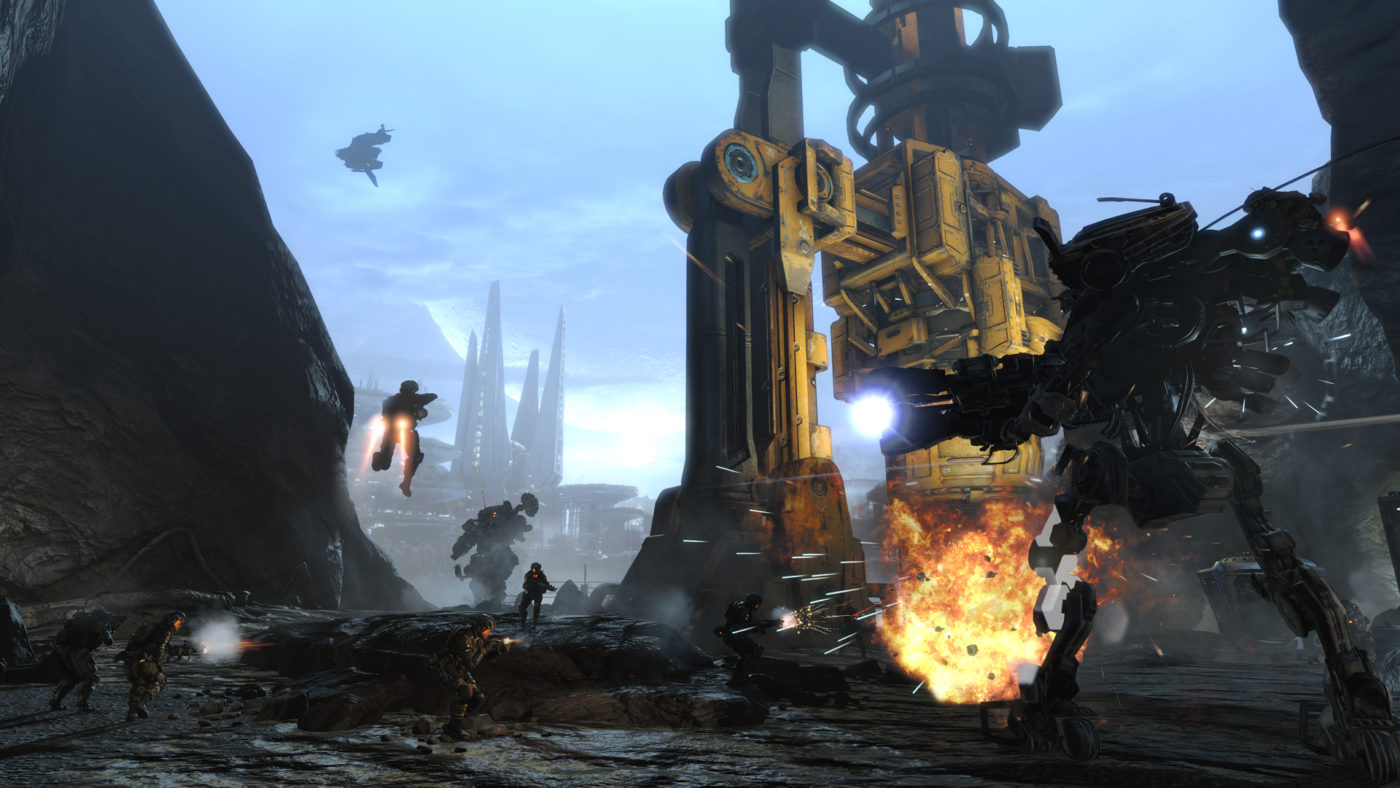 Titanfall developer Respawn Entertainment is offering a new look at one of the new multiplayer maps launching with the game’s upcoming Frontier’s Edge DLC that was announced early last week.

Today, Respawn is introducing Dig Site. Here’s the blurb about it on the official website:

“Mining operations are on hold while the Militia defend this crucial asset against IMC attacks. Surrounded by sheer rock walls that offer natural protection against air assault, the site becomes a bloody ground war characterized by titan skirmishes over subtle elevation changes in the terrain, and a mix of short and medium-range engagements for pilots.

Titans patrol the narrow pathways between the industrial processing buildings while pilots leap overhead, and an imposing rock saw the size of an overturned office building looms over the site providing cover and high ground for pilots.”

And, some new screens: 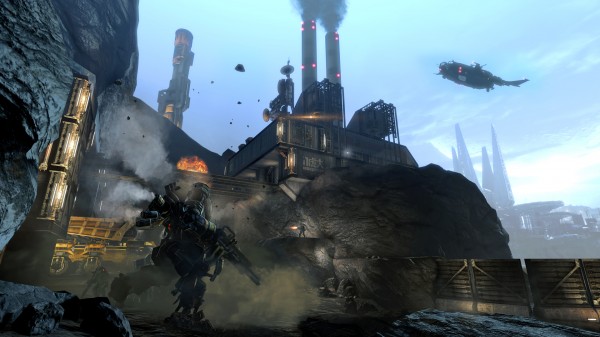 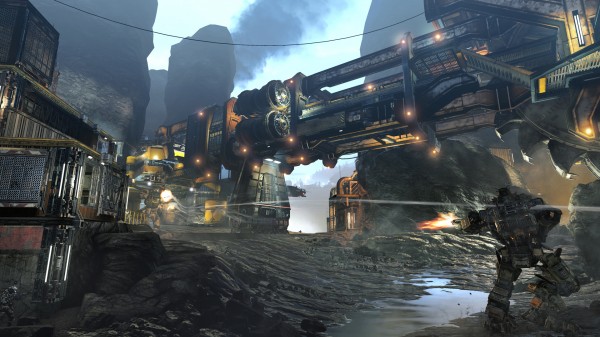 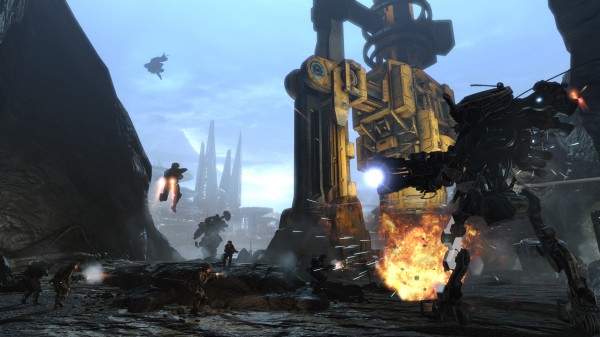 The studio notes that more reveals are incoming over the next week, including a Titanfall: Frontier’s Edge live stream event over on the studio’s official Twitch channel.

What do you think of new map? ‘Dig’ its look?

Don’t Miss These 7 Secrets in the Destiny Beta