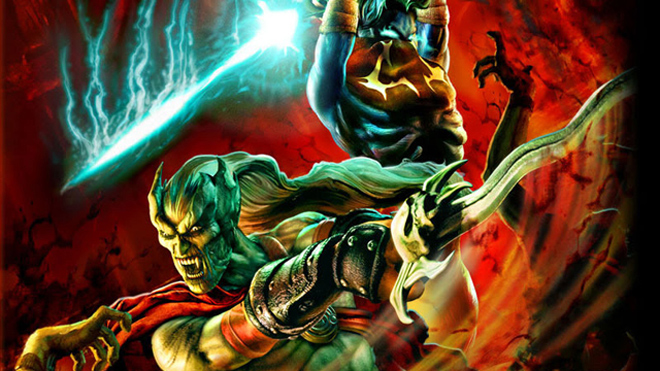 Late last month, it was rumored that there would be a new entry in the Legacy of Kain series titled Nosgoth, thanks to some name dropping patch notes.

For the uninitiated, the realm of Nosgoth served as the back drop for the entries in both the Legacy of Kain and Soul Reaver series. While all games up to this point have been single-player action-adventure affairs, Square-Enix community manager George Kelion stated Nosgoth will be headed in a different direction.

Nosgoth exists and is in active development, but is not a traditional Legacy of Kain action-adventure game”, and added, “Nosgoth is set in the same universe as previous Legacy of Kain games, but on a different branch to the Blood Omen and Soul Reaver series. The community should not be thinking of Nosgoth in terms of a single-player experience.”

Although Kelion confirmed the existence of Nosgoth, he stated that the game will not be shown at E3. By acknowledging the game’s existence and stating its multiplayer focus, Kelion hopes to calm down speculation and rumors that Nosgoth would be a continuation of the Kain and Raziel adventures.

We don’t want people to get the wrong idea about Nosgoth following the AMD and Steam leaks ahead of its future official announcement. Nosgoth is not being developed by Crystal Dynamics,” and added, “Crystal Dynamics are not working on a Legacy of Kain game”.

So what type of multiplayer title do you think Nosgoth will be? A new entry in the MOBA genre? A ridiculous fantasy themed FPS? Let us know in the comments below.