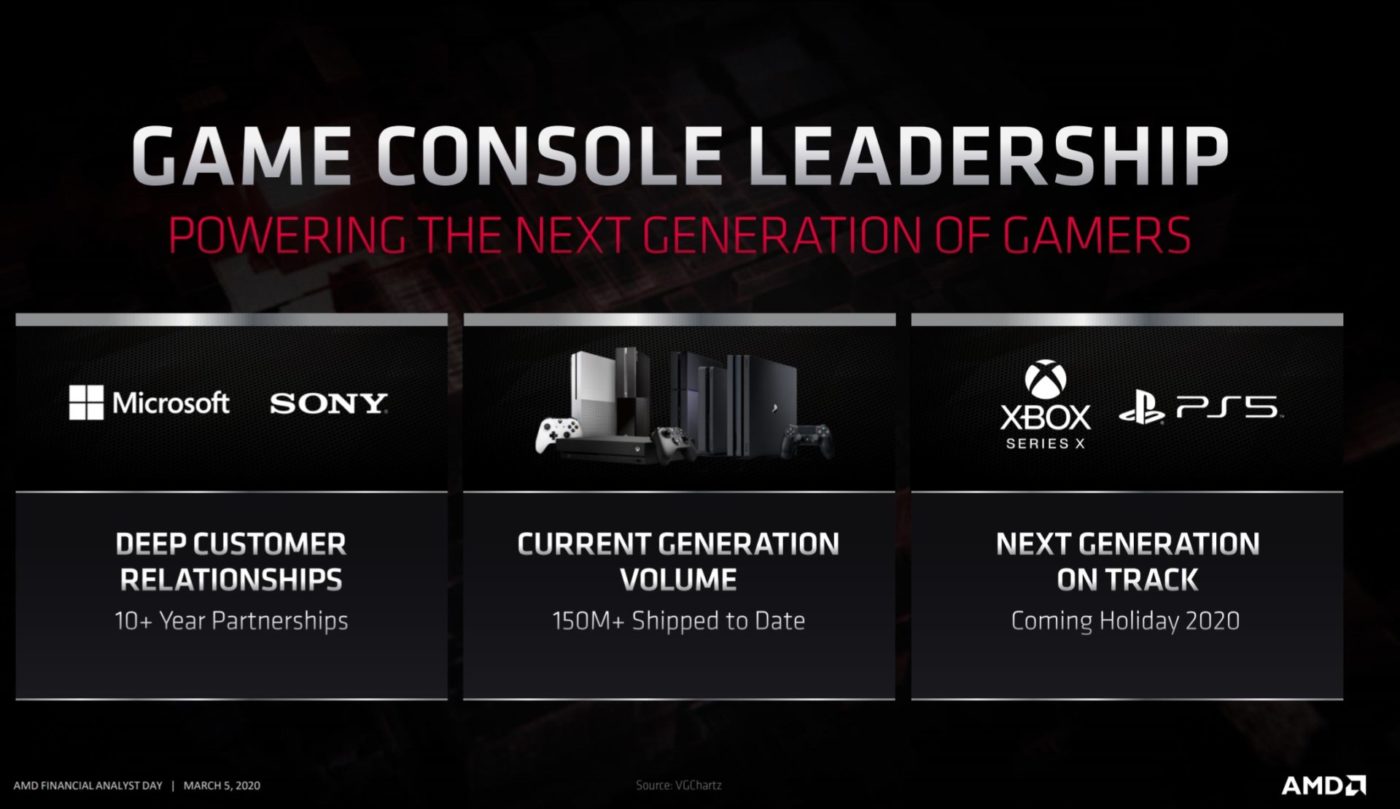 AMD recently held its Financial Analyst Day presentation, stating that both next-gen console launches are on track for this Holiday all while hinting at PS5 RDNA 2 support.

There isn’t much known about the PlayStation 5 besides a few tidbits of information that Sony dropped last year. And while we have yet to learn as to when the company plans on revealing the console, AMD seemed to have shed some details concerning it during their presentation. 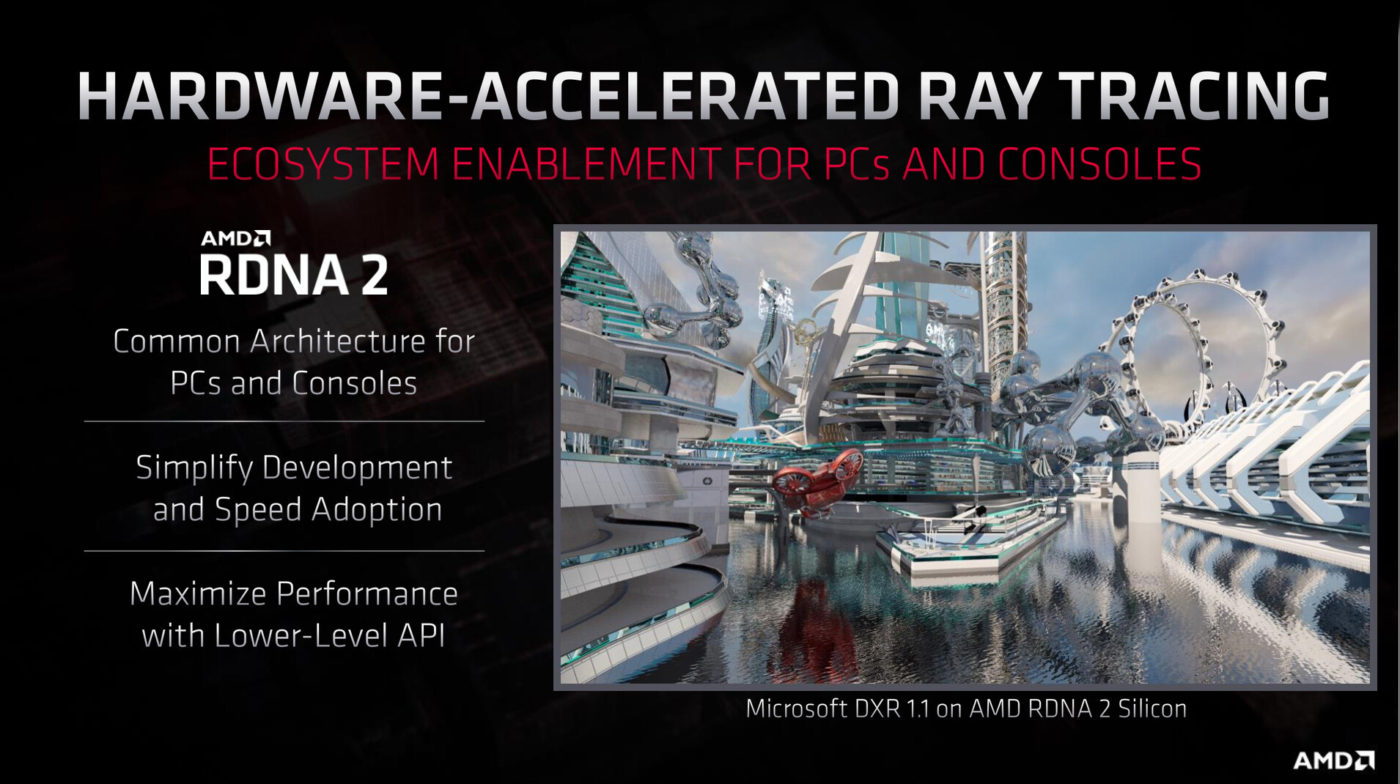 The PlayStation 5 isn’t directly referenced in the slide, but with it being worded as a plural for “consoles,” it’s clear that this includes the PlayStation 5. The Xbox Series X has already been confirmed to be using it, and with this news, now the PlayStation 5. RDNA 2 is set to bring a number of features, including Ray-tracing, 3D Audio, better load times and a 50% performance boost over the original first generation of RDNA. 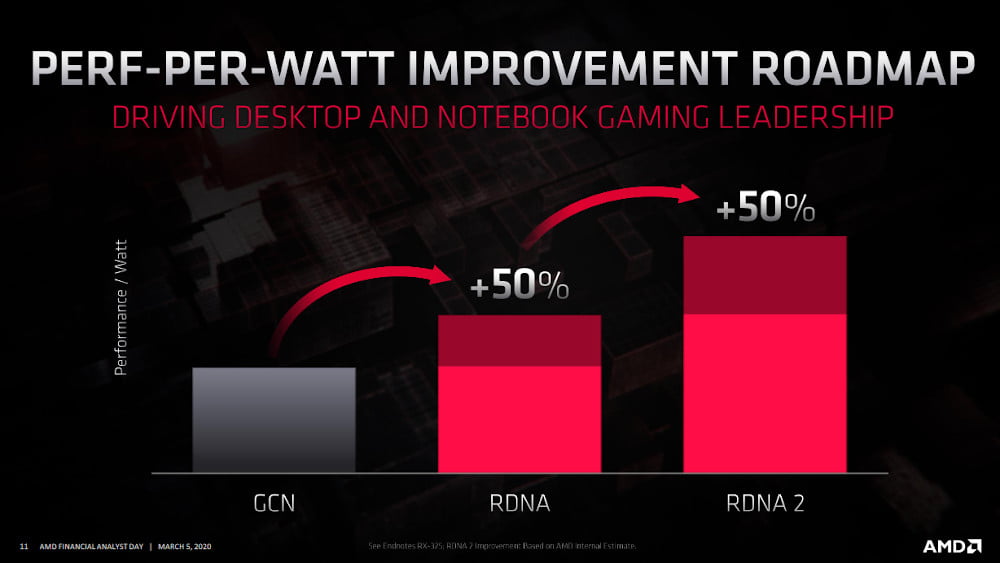 AMD’s David Wang had this to say about RDNA 2:

We have developed an all-new hardware-accelerated ray tracing architecture as part of RDNA 2. It is a common architecture used in the next-generation game consoles. With that, you will greatly simplify the content development — developers can develop on one platform and easily port it to the other platform. This will definitely help speed up the adoption [of ray tracing].

RDNA 2 is currently the latest offering from AMD and is set to release with their line chips later this year. It will quite literally be the current cutting edge technology for next-gen consoles when it releases. RDNA 3 is currently targeted for 2022 along with the Zen 4 CPU.

What do you guys think? Is PS5 RDNA 2 support something to be excited about? Is this the kind of next-gen power that players are hoping for? Leave your thoughts in the comments down below.