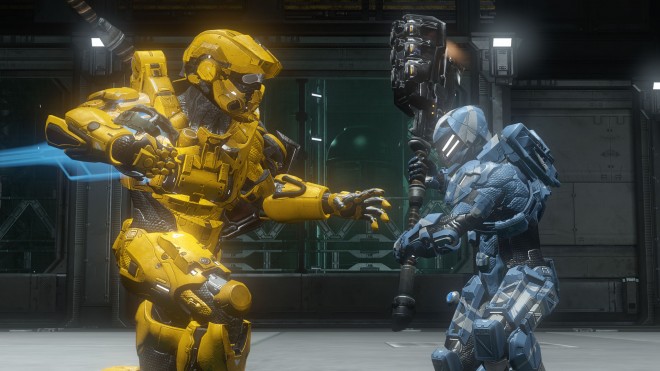 As per usual, a slew of new updates will make its way to Halo 4 this Monday including more Spartan Ops, new War Game playlists and some other features as well.

This Monday, January 28 marks a rather specialized playlist update with the introduction of a Griffball-only playlist. 343 Industries writes, “we’ve worked closely with GrifballHub to create several different Grifball experiences in this new Matchmaking playlist . If you’ve never experienced Grifball, read on, because you’re in for a treat. If you HAVE experienced Grifball, then you probably just peed your pants with excitement and aren’t reading anymore.”

As previously mentioned, a brand new set of multiplayer specializations will also be unlocked for the use of all Spartans. This week, we got the Engineer and Stalker paths to choose from.

Spartan optimization for the subversion, repair and reconstitution of a wide range of technology, including Covenant and Forerunner complex networks. The Drop Recon Armor Mod allows users to predict the location and time of an Ordnance Drop through an external suborbital monitoring system.

Spartan optimization for target shadowing missions which require tactical invisibility despite operating at an extremely close range to the target itself. The Nemesis armor mod allows users to target and track down previous attacking enemies, highlighting them on the armor’s passive sensors.

Remember, the recently implemented “Community Forge Test” playlist is still live until February 4. If you’re anxious to give feedback, you can do so right here.

Gears of War: Judgment – The Guts of Gears Trailer