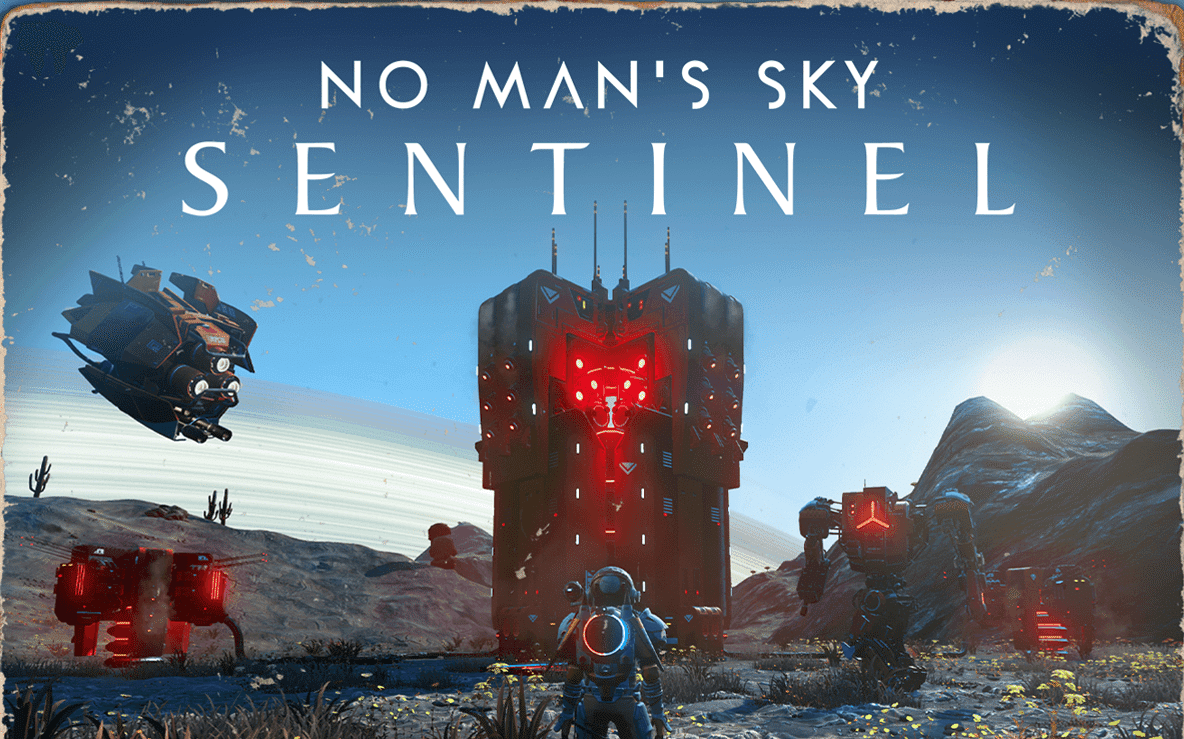 Hello Games has released the No Man’s Sky update 3.80 patch notes this February 16, and this one is for the huge Sentinel update which adds quite a number of new features, changes, and fixes! Check out the full No Man’s Sky Sentinel patch notes below.

Planetary Sentinel forces have a significant new tool in their armoury – the Hardframe Battle Mech. Though heavily armoured, its high-powered jetpack gives it terrifying battlefield mobility.This fearsome unit is deployed alongside elite Sentinel forces, and comes equipped with a variety of weapons, including a plasma-powered flamethrower.

All Multi-Tool systems, from the Mining Laser to the Scatter Blaster, have received a significant visual overhaul, benefiting from new projectiles and beams, muzzle flashes, lighting effects, refraction, new impacts and more!

AMD FidelityFX Super Resolution 1.0 is a cutting edge super-optimised spatial upscaling technology that produces impressive image quality at fast framerates. Learn more on the AMD site. All PC players can take advantage of this new technology, which offers vastly increased performance, regardless of their graphics card.

A new Cloaking Device is available to research aboard the Space Anomaly. This powerful new Multi-Tool extension allows users to evade planetary Sentinels, even in the midst of combat.

Travellers may now install a Minotaur AI Pilot within their Exomech. This advanced battle computer will allow the Minotaur to follow its master as they explore the planet, and to serve as a powerful ally in combat.Please note: the Minotaur AI will always cede control to the primary user on cockpit entry.

The brand new Exobiology Expedition will be launching shortly!

Travellers will awaken in a desolate star system, their creature companions the only fauna for light years. In a journey of exploration across the galaxy, this latest expedition will lead to a wealth of animal life to discover, adopt, ride, and milk. Rewards include jetpack trails, posters, companion customisations and even a unique robot companion…

Combat has been significantly improved to create a faster-paced, more varied and dynamic experience.

The cap on the number of Multi-Tools a Traveller can carry has been raised from three to six, allowing players to own a greater diversity of Multi-Tool styles and loadouts.

NVIDIA DLAA is an AI-based anti-aliasing mode for users who have spare GPU headroom and want the highest levels of image quality. See more on the NVIDIA site.

A sinister new structure can now be found on planets across the universe. The Sentinel Pillar serves as a highly-guarded control post for local Sentinel forces. Players who locate and disrupt the Pillar will be rewarded with new stories, weapons and more…

No Man’s Sky has been specially optimised for the Steam Deck, and controls have been adjusted to take advantage of touch screen input. Learn more about the Steam Deck on Valve’s site.

Steal advanced technology blueprints from the Sentinels and transform the Minotaur into your own reprogrammed Sentinel unit.

As well as a visual overhaul, these salvaged parts offer significant upgrades, including increased mobility, new advanced weapon systems, and its own fully trustworthy AI autopilot.

If a Sentinel patrol drone discovers a transgression, these tank-like units are the first forces summoned to the battle as highly aggressive backup.

Travellers can now research a brand new Multi-Tool weapon – the Neutron Cannon. This charged energy weapon can be used both as a rapid-fire projectile launcher and also charged up to release a deadly, close-range barrage of destruction.

The core blueprint, and associated upgrades, are available on the Space Anomaly. Upgrade modules can be found at space stations and other sites across the universe.

Sentinel drones now have access to a range of weapons, including rapid fire lasers, close-range scatter blasters, and long-distance explosive mortars.These devastating barrages can blow holes in the planet’s surface, reshaping the battlefield on the fly by creating new obstacles and cover.

Players may now temporarily clear a planet of Sentinels. Defeating the Sentinel forces that are summoned on maximum alert level will now suppress any additional Sentinels across that planet, for a limited time.

In addition, players who are able to locate and breach a Sentinel Pillar can activate its shutdown process and lock down the Sentinels without having to engage in such a large battle.

Travellers who undertake the Exobiology Expedition and document its strange and exotic creatures will be rewarded with an equally exotic new jetpack customisation.

The Multi-Tool caches found both in space stations and in buildings across planets have had a visual overhaul, improving their visibility and giving players a preview of the tool within.

Planetary combat in the Minotaur has been significantly improved. Changes include a significantly faster turn rate, the ability to backpedal, mobility and aim enhancements, and a dedicated combat camera.

A new advanced rotation mode has been added to the Build Menu. This allows builders to freely rotate pieces around any axis, opening up new creative avenues of construction.

Defeated Sentinels can now be harvested for strange materials. These shards of otherworldly glass contain many valuable items, including a new class of anomalous equipment upgrades.

Larger Multi-Tools now sit correctly in the players’ hands, and heavy weapons are fired with more weight, their power now reflected in the player’s firing animations.

Teleporting between bases and space stations within the same star system has been significantly optimised, allowing for rapid travel between planets.

Sentinel drones may now deploy mobile cover in the form of a temporary energy shield. These holographic barriers serve as protection against incoming fire, but players can also take advantage of this shelter and turn the tables on the Sentinel forces.

Elite drone combat units are accompanied by a Summoner Drone, capable of beaming in reinforcements mid-battle. While of low threat on their own, these advanced Sentinel units can quickly turn the tide of a fight and overwhelm an unwary player.

A new Multi-Tool upgrade, the Paralysis Mortar, is available to research aboard the Space Anomaly. This support weapon launches electrical energy spheres that explode and stun any entities caught in their radius.

The maximum number of companions has been increased from six to eighteen, allowing players fond of rare animals and/or genetic manipulation to build an even larger and more diverse collection.

The underlying navigation of both planetary creatures and Sentinel enemies has been significantly improved, bringing better and more realistic behaviours, as well as allowing Sentinels to hunt the player within buildings and in caves.

Unlock the secrets of the Sentinel Pillars and access the archives held within to read a significant new series of stories about the history of the Sentinels and their relationships with the Travellers, the Atlas, and the wider universe…

Players who brave a raid on the Sentinel Pillars may be rewarded with a new class of Royal Multi-Tool.

The targeting and mobility systems of the Sentinel Walkers have been significantly improved. In addition, their armour system has been reworked so that leg armour no longer has to be removed in order to damage their critical Walker Brain.Instead, destroying its leg armour will buckle the Walker, giving time to attack other vital systems while it recovers control.

A significant range of new combat effects and upgrades are now available to research.These include modules to add fire damage over time to the Pulse Spitter, add a stun to the Blaze Javelin’s energy beam, and a general upgrade to cause increased damage to stunned targets.

A substantial new series of missions awaits players who currently oversee their own planetary settlement. This story will take players on a new adventure, working with the crew of the Space Anomaly to probe the deepest secrets of the Sentinels…

Build Your Own Drone Companion

Travellers who work with Iteration: Tethys, Specialist Polo, and the other Traveller Iterations aboard the Space Anomaly to complete these new Sentinel stories will have the chance to capture, reassemble and reprogram their own robotic companion in the form of a friendly Sentinel Drone.

Deep Rock Galactic Downloads Reached Over 9 Million on PlayStation Plus