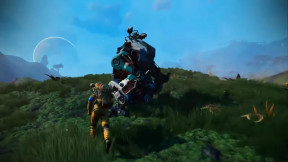 News 0 No Man’s Sky update 2.40 has just been deployed, bringin with it the surprise introduction of mechs! The update weights a little over 11GB on the PlayStation 4 & 9GB on Xbox One (Steam version yet to deploy),  and while no patch notes have gone live yet, players are starting to see some noticeable changes. […] 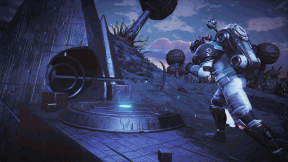 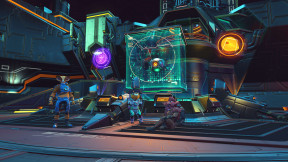 No Man’s Sky Update 2.12 Patch Notes Listed, New Event Now Live and Here’s What You Can Get News 0

News 0 In what seems like a weekly occurrence, Hello Games has now released yet another new No Man’s Sky update! While we have the full No Man’s Sky update 2.12 patch notes below, there are more than gameplay changes in today’s patch, as a new event with new (free) missions are part of it. No Man’s […] 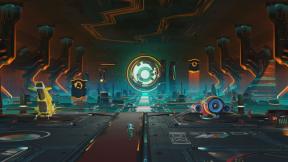 News 0 The latest update for No Man’s Sky is now live. No Man’s Sky update 2.11 patch notes are below, make sure you reach through them thoroughly to understand everything that’s changed in the game. The version number is the same across consoles and PC, Xbox One, and PS4. The file size on PS4 is 10.932 […] 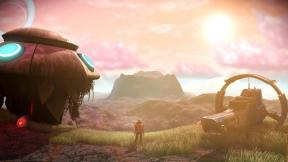 News 0 While we just got a big No Man’s Sky update the other day, and a patch earlier today, it seems Hello Games isn’t done just yet! As there’s yet another new No Man’s Sky patch available for consoles right this moment! This No Man’s Sky update 2.05 once again introduces a bunch of game fixes […] 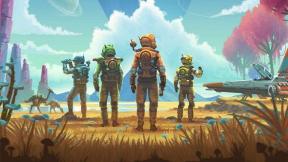 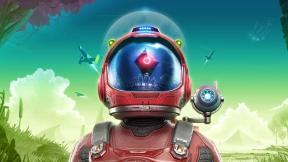 News 0 The full No Mans Sky Update 2.03 Patch Notes has finally gone live for PS4, Xbox One, and PC, detailing the much anticipated Beyond expansion. This update marks a major mile stone for No Man’s Sky as not only does it introduce a wide arrange of bug fixes and quality of life improvements, but also […]

News 0 The No Man’s Sky Beyond launch trailer is finally here, giving us a look at things to come in this free update that’s launching this month! After shortly receiving its official ESRB rating, No Man’s Sky Beyond will be launching on August 14 on all platform, with VR support coming to PC and PS4. You […] 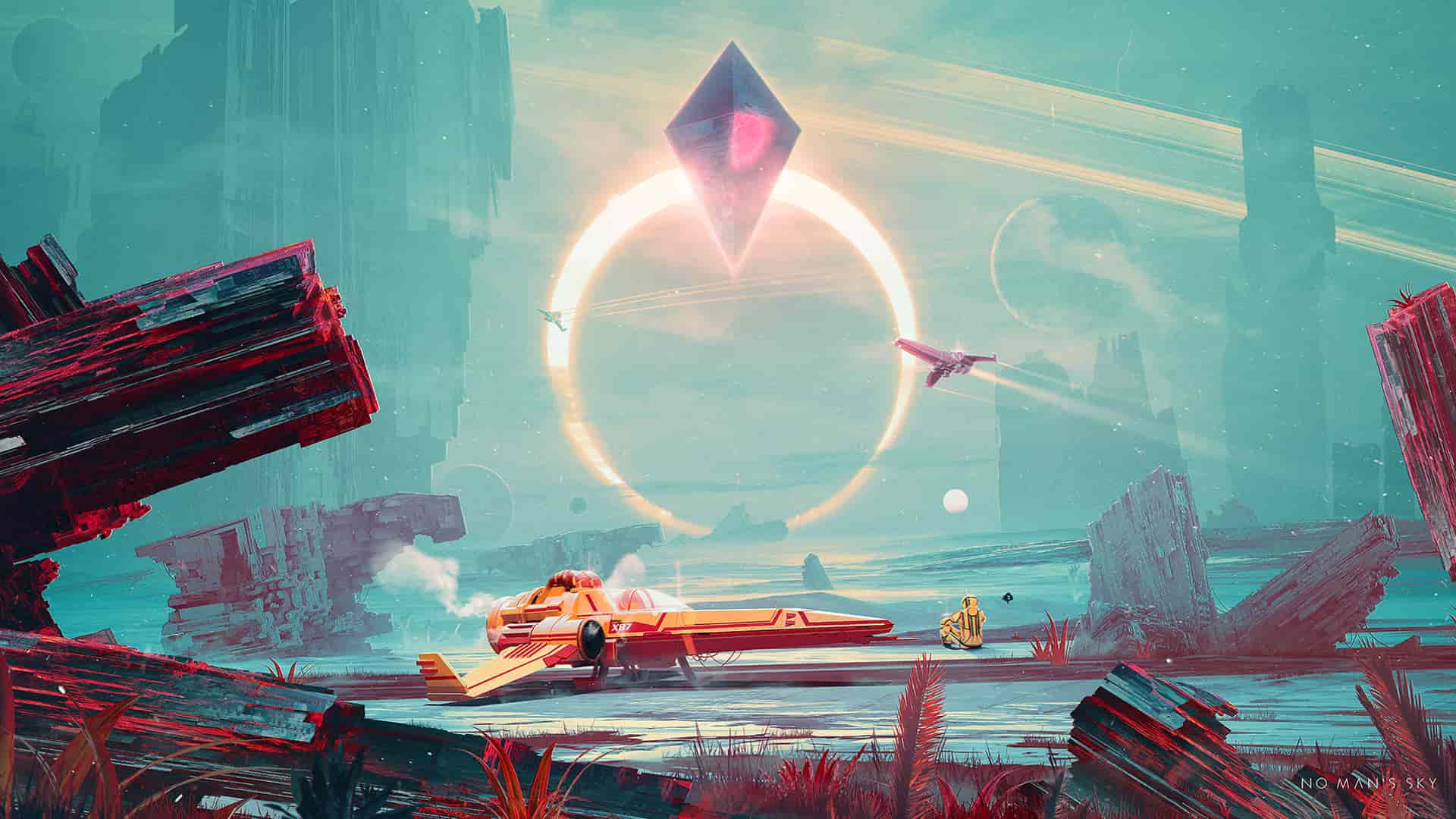 No Man’s Sky: Beyond Gets Official ESRB Rating News 0

News 0 No Man’s Sky: Beyond has finally received an ESRB rating, indicating that the expansion is still on course for a summer release Much like the base game, this expansion has received a T for Teen rating from the board. You can view the official description down below, although it is the same as the base […]

News 0 What’s this? A new update from Hello Games, and it concerns a No Man’s Sky Xbox version, as well as a new expansion?! Why, yes, yes it is! Hello Games’ Sean Murray tweeted out the new announcement, with both the Xbox One version and No Man’s Sky NEXT project simultaneously revealed. Coming in Summer 2018 is No Man’s […] 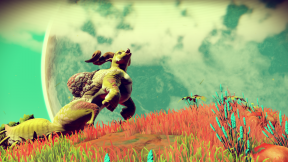 News 0 A new No Man’s Sky patch is live on PC and PlayStation 4. It introduces an overhauled save system, a lot of bug fixes, as well as a bunch of general improvements. The new save system gives players five save slots. If you select a new slot, you’ll be launched into a new game. Within the […] 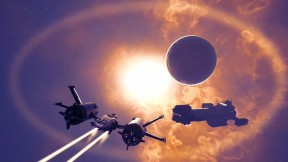 News 0 Hello Games continues to pump out updates for No Man’s Sky. This time it’s update 1.35, which includes a variety of quality of life tweaks, while squashing some of the remaining bugs.  The patch is available right now on both PS4 and PC, so get it downloaded! Here are all of the added features and changes, […] 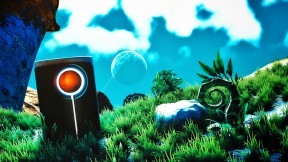 News 0 No Man’s Sky update 1.33 is now available to download on PS4 and PC. It brings a long list of changes that address issues reported by players.  Just how long of a list is it? Well, have a scroll and find out! Fixed issue where player bases were given the name “Unknown Base” rather than […] 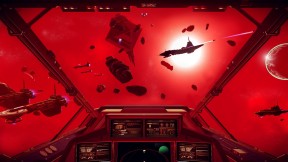 No Man’s Sky Players Meet Post-Update, Can Actually See One Another (Sort Of) News 1

News 1 When No Man’s Sky launched, many players were hoping to explore the universe and search for other players. Finding another being in the game’s universe was described as being next to impossible.  “The chances of two players ever crossing paths in a universe this large is pretty much zero.” Of course, gamers being gamers proved the […] 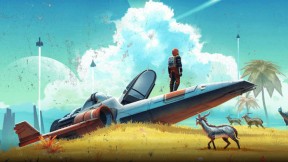 News 0 No Man’s Sky fans are in for a treat as the big No Man’s Sky title update called “Atlas Rising” is finally out, and it brings a LOT of new things with it which includes multiplayer! Given this (free) update marks the first year anniversary of No Man’s Sky, it’s bound to be a big […] 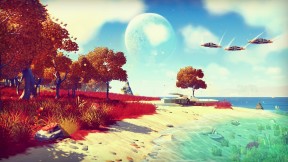 News 16 Hello Games, a studio that has been turning heads since the debut of its latest project, No Man’s Sky, arrived at The Game Awards tonight to show off some more of the massively open and procedurally generated world that players will get to explore as a space-faring adventurer. Studio head Sean Murray got on stage to unveil a […] 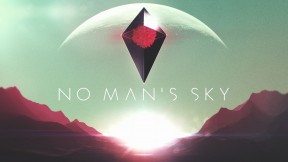 No Man’s Sky – Player Interaction Not a Core Component, Will Feature a Dedicated Multiplayer Experience News 17

News 17 The massive open universe in No Man’s Sky might not be so accommodating for player interaction, but developer Hello Games has got something in mind when it comes to offering a more traditional multiplayer experience in its upcoming sci-fi project. Speaking to GameSpot, Hello Games founder Sean Murray mentioned that “You can cross paths with […]