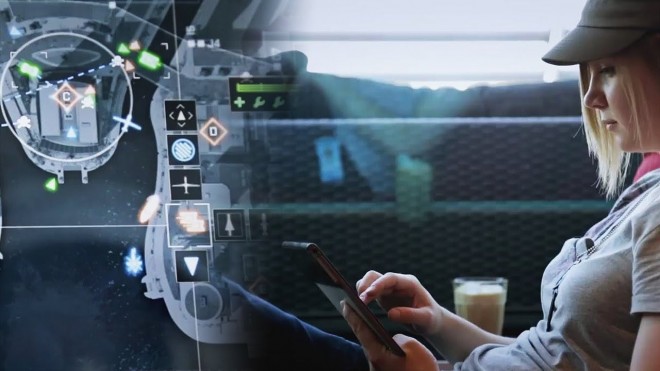 Command the battlefield from the comfort of your own couch or the busy hustle of your morning bus ride to work. The official Battlefield 4 Tablet Commander has launched and is now available to download for tablet devices.

Launching along side the PlayStation 4 version of Battlefield 4 today, the app will let you command squads and support teammates as you would on the console or PC version of Commander Mode, but from the palm of your hand on any iPad running iOS 6.1 or higher. A Battlelog update announced for Android devices next week will presumably enable the App on on that platform at that time, so hold tight, Android users.

A status update on the official Battlefield 4 Facebook page indicates the Android App will be available “later this month”.

Check it out on the iTunes store right here.

NOTE: This application requires that you own Battlefield 4™ on at least one platform, and that you have an active soldier at rank 10 or higher on that platform.

Jump into the heart of the action with BATTLEFIELD 4™ Commander – the exclusive companion app to your BATTLEFIELD 4™ experience. Deliver critical intelligence, deploy war assets, and manage squad-based team play all from the palm of your hand!

Take point and lead your team to victory wherever you are. Play on any platform server on which you own Battlefield 4™. Join games straight from the app, or through Battlelog.

You’ll have to rely on your teammates for success. Talk to your squad directly with full VOIP (on supported platforms).

Call in powerful UAVs to scan the area for enemy activity, or jam their radar using EMP. The intel you gather is crucial to ensure the victory of your team.

Send vehicles and supplies to squads on the ground and give them an edge over the enemy. The better your team works together, the better they’ll become.