As you can see in hte images below, the Dorito’s tie-in to the game will offer 2x XP, which is par for the course with the franchise. 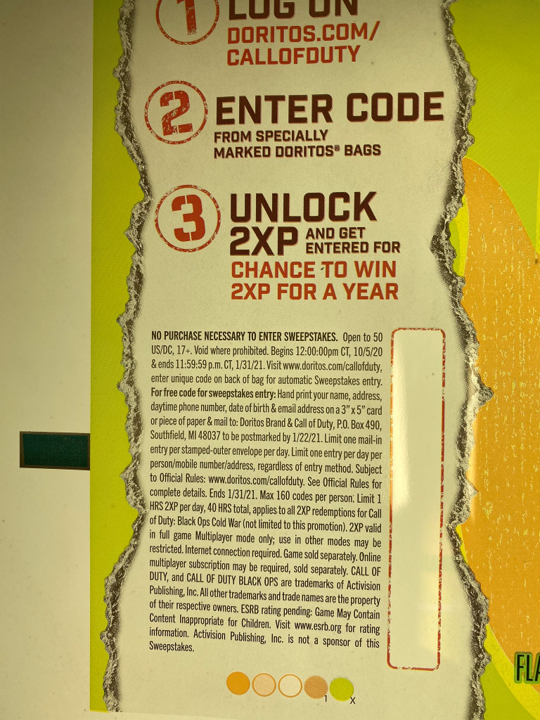 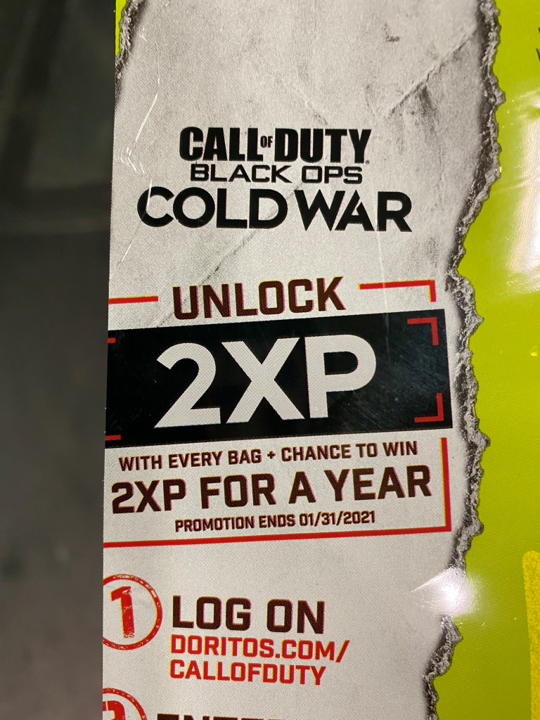 The double XP promo begins on October 5, which suggests an October release for this year’s Call of Duty — even if it hasn’t been officially revealed just yet. However, the wait might not be long now, as Infinity Ward has been teasing changes to Call of Duty: Warzone, and rumors have pointed to this year’s Call of Duty title to be revealed within the free-to-play title. Not only that, but even Activision has mentioned how Warzone will be the title that bridges the other Call of Duty sub franchises. And even Infinity Ward has snuck in a Black Ops-related Easter egg in Warzone a few months ago.

With Season 5 for Modern Warfare & Warzone unonfirmed to start this August 5, we’re expecting the marketing to ramp up for not only Infinity Ward’s game(s), but also for this year’s Call of Duty title as well.

We’ve reached out to Activision and will update the post if we hear anything back.

Microsoft: Halo Infinite Will Be a "Visual Showcase" for Xbox Series X