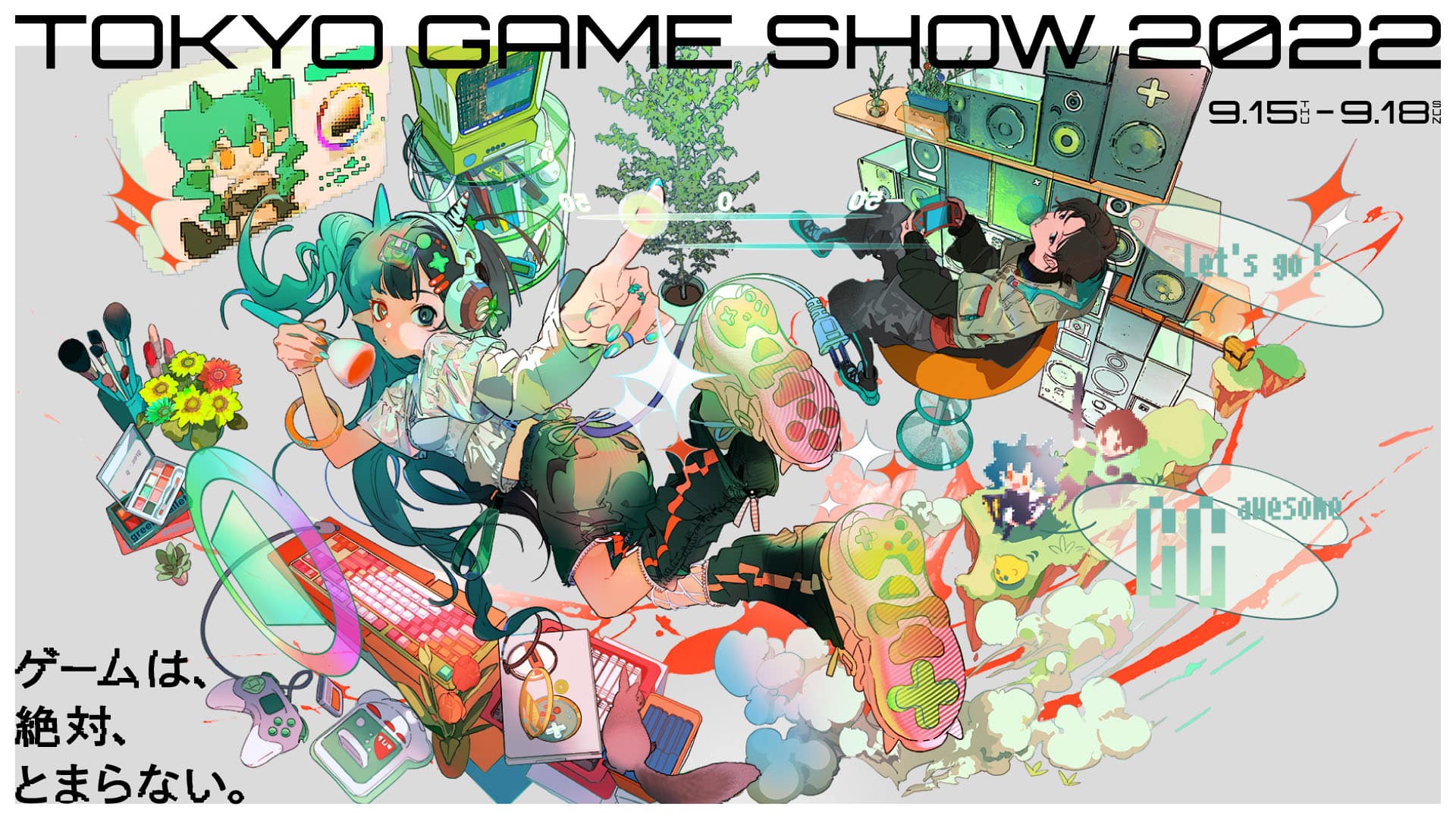 Tokyo Game Show 2022’s official key art has been revealed by the Computer Entertainment Suppliers Association. The key art is illustrated by Kukka, with the theme “Nothing Stops Gaming.”

In a press release, Kukka further explained his key art.

I tried to use pop and bright colors to create a fresh, vibrant feel. Communicating and connecting with people over games have become part of our life. I had an idea to express this feeling in my work, but it wasn’t easy to show these connections in illustration. It was fun playing with the motifs of putting on makeup, which I was inspired by in-game character creation.

Alongside the key art, the organizers have also unveiled the official website for the Tokyo Game Show 2022.

A total of 465 exhibitors have signed up to participate in this year’s Tokyo Game Show. 299 of the exhibitors are Japanese and the other 166 are from overseas with a total of 1,902 exhibition booths, exceeding the CESA’s initial expectation of 1,500 booths.

Tokyo Game Show 2022 will run from September 15 to September 18 at the Makurahi Messe in Chiba, Japan. The organizers expect roughly 150,000 visitors to join them at the venue this year.