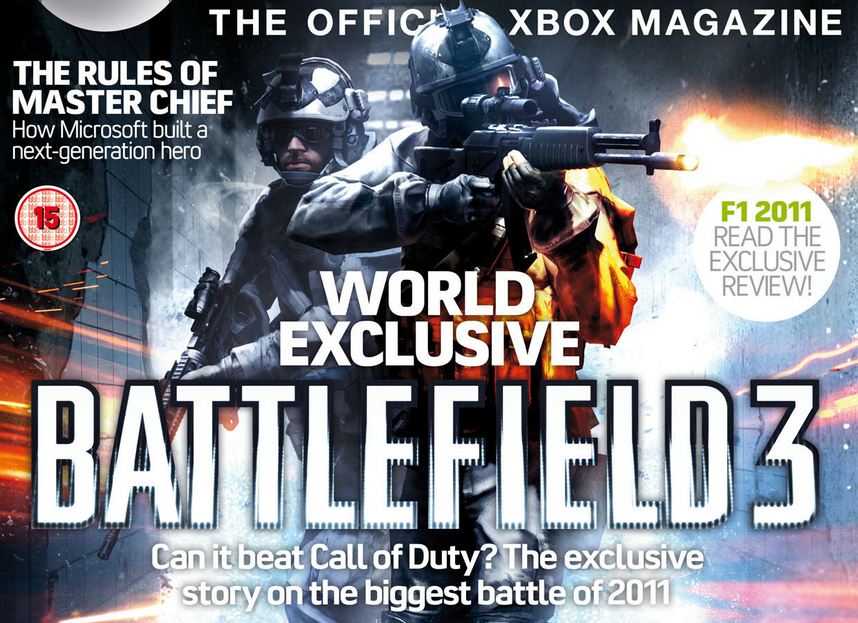 Finally! The Xbox 360 version of Battlefield 3 has seen the light of day! At least, sort of.

Official Xbox Magazine 77 hits the shelves today, Sunday, September 4th, and features 10 pages of the Xbox 360 version of Battlefield 3. It also pits it up against Call of Duty: Modern Warfare 3 and will most likely speculate sales numbers and perhaps differences in gameplay design and philosophy.

We’ve seen battlefield 3 on the PC and the PS3, but the 360 version has been kept tightly under wraps up until now. Obviously, there’s no new footage here but perhaps we can get a glimpse at a couple screens and maybe learn a little bit more about how the Frostbite 2 engine is shaping up on the 360. How will it differ from the PS3 version, if there will even be much of difference at all? Hopefully our questions will be answered. 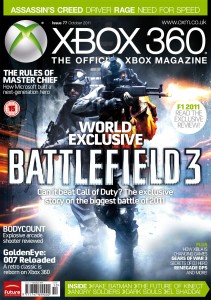 Could this be a foreshadowing of things to come? Could we soon see some Battlefield 3 gameplay footage on the 360?