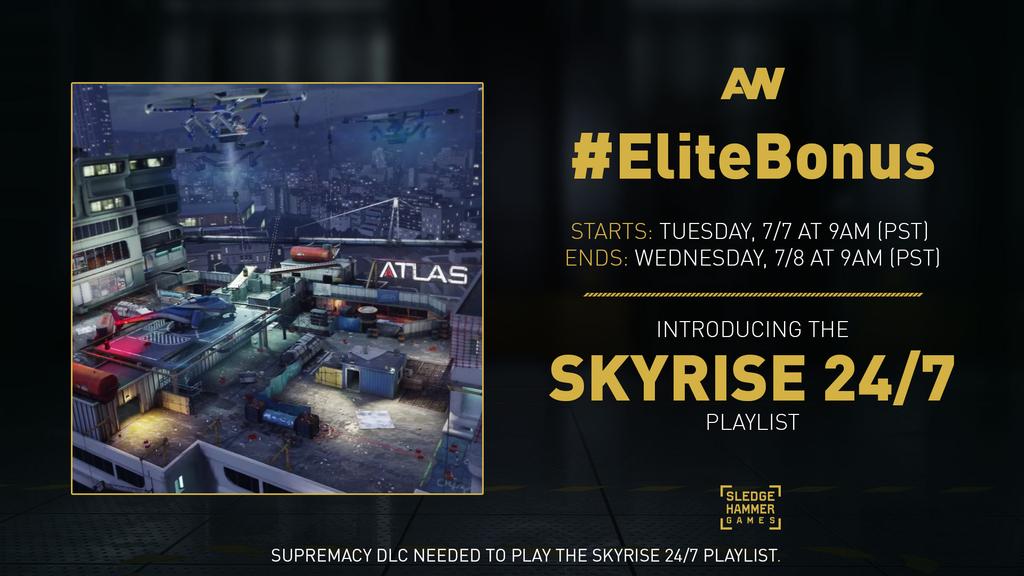 According to Sledgehammer Games, the playlist is only active until tomorrow, July 8 at 9AM Pacific. That said, it looks like fans will have the chance to extend it to 48 hours by helping this tweet reach 10,000 retweets. The only map in rotation is Skyrise, a reimagining of Call of Duty: Modern Warfare 2’s Highrise, so the Supremacy DLC pack will be required to play.

Something else to look forward to later this week, July 9, is another Advanced Warfare game update that Studio Head Michael Condrey says will include tuning for the PDW, MP443 Grach, Atlas 45, MORS, and Crossbow. More details to come.