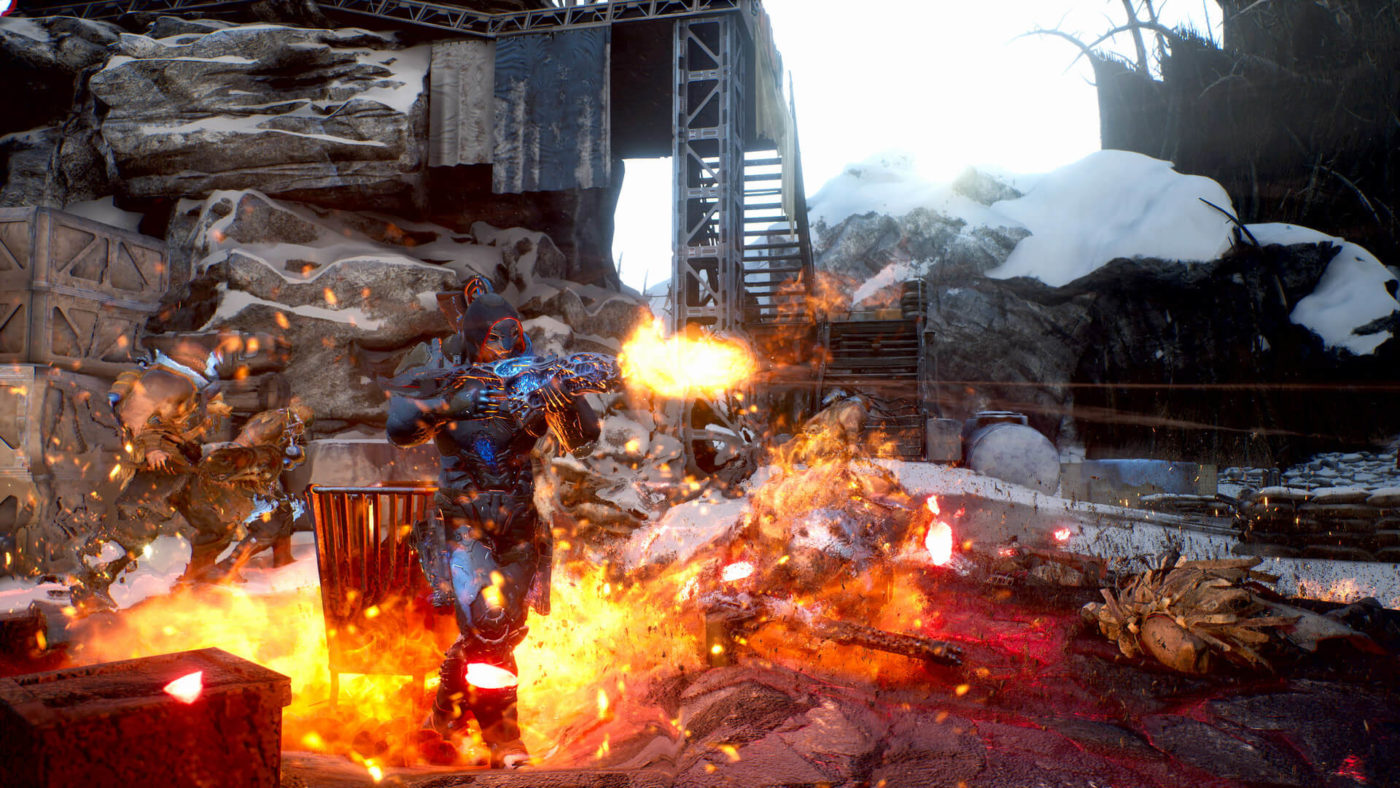 With Outriders servers going down for the count again today, it looks like the Outriders crossplay functionality between PC and consoles have temporarily been turned off by People Can Fly! Upon connecting to the game’s servers (if you manage to), you;’ll be greeted by the following messages: 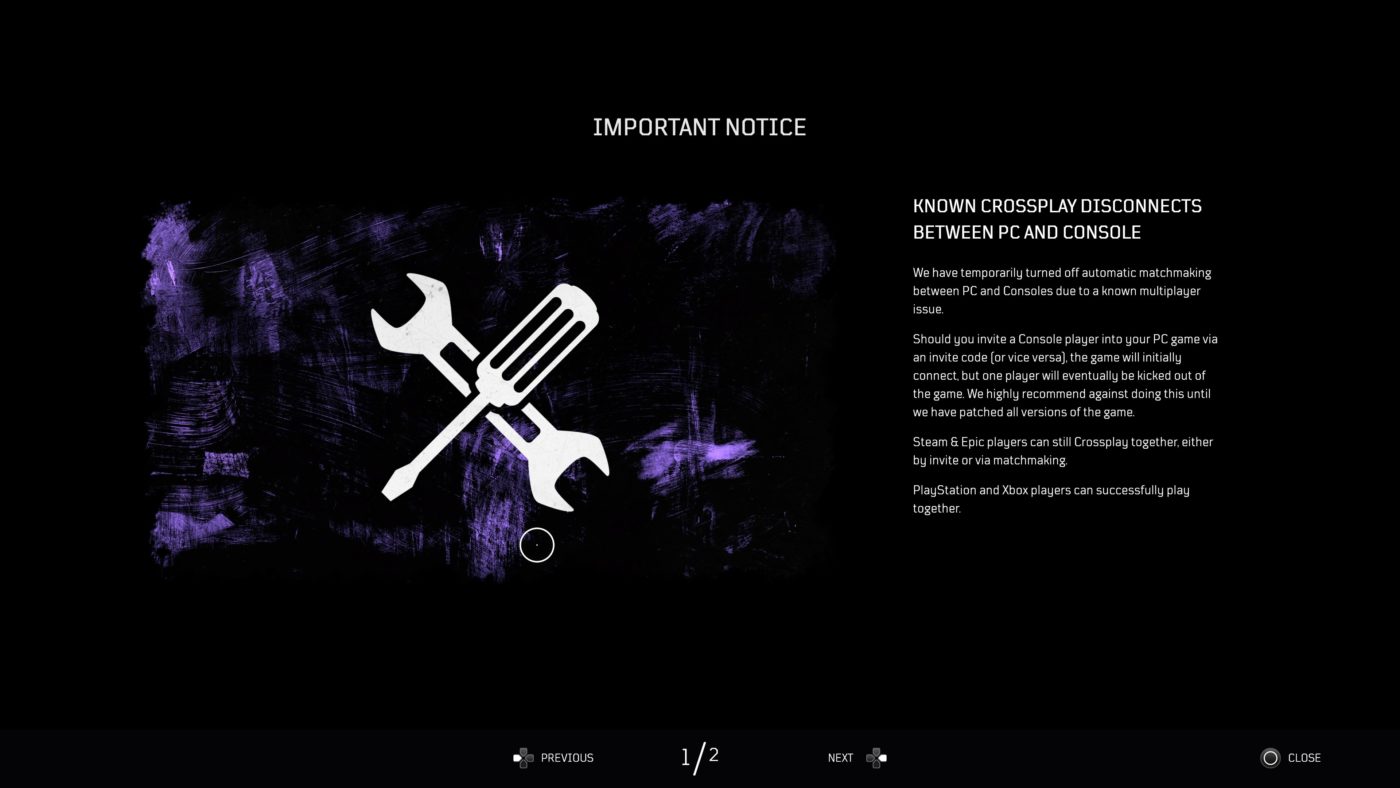 Why Is Outriders Crossplay Not Working?

We have temporarily turned off automatic matchmaking between PC and consoles due to a known multiplayer issue.

Should you invite a console player into your PC game via an invite code (or vice versa), the game will initially connect, but one player will eventually be kicked out of the game. We highly recommend against doing this unitl we have patched all versions of the game.

Steam & Epic players can still Crossplay together, either by invite or matchmaking.

PlayStation and Xbox players can successfully play together.

In addition to that, People Can Fly also issued a Thank You note to players as well. 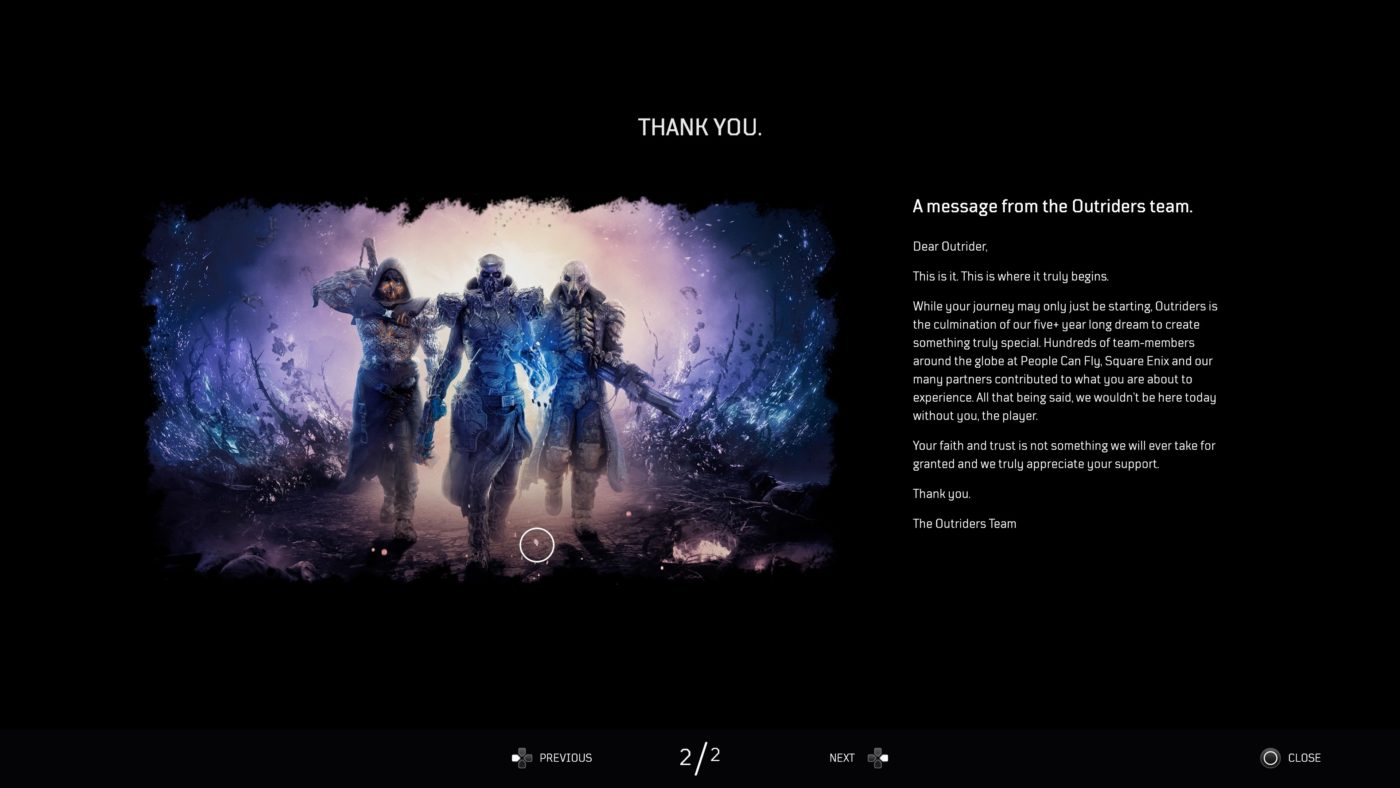 While not ideal, good thing People Can Fly are on the ball when it comes to this, as it’s no doubt a pain in the neck for players to be suffering through. Once the patch is out, or more details are shared by the devs, we’ll let our readers know.

Stay tuned to our Outriders review hitting the site soon!